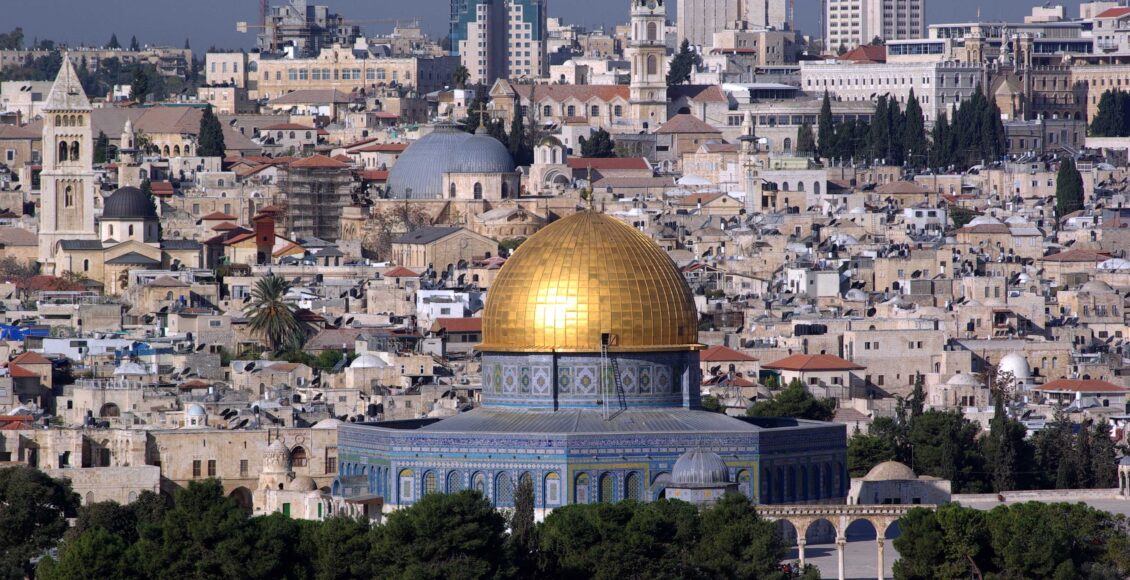 Despite international opposition, the U.S. will relocate its embassy from Tel Aviv to Jerusalem.

The United States formally recognizes Jerusalem as Israel’s capital, according to an announcement made by President Donald Trump on December 6, 2017. The statement brushed aside widespread international opposition to the move. Trump will be directing the State Department to initiate the relocation of the American embassy from Tel Aviv to Jerusalem, which is claimed by Israelis and Palestinians. The move is expected to take several years.

During a public address from the Diplomatic Reception Room at the White House, Trump said his announcement “marks the beginning of a new approach to the conflict between Israel and the Palestinians.” He continued by saying that “there will, of course, be disagreement and dissent regarding this announcement — but we are confident that ultimately, as we work through these disagreements, we will arrive at a place of greater understanding and cooperation.” He added that “this is nothing more or less than a recognition of reality.”

Trump’s decision goes in direct contrast to decades of American policy, as well as the rest of the international community, except Israel. No nation has its embassy in Jerusalem. It is also likely to stymy any effort to restart long-stalled peace Israeli-Palestinian peace talks. Israel is the only country in the world where the international community largely unrecognizes the national capital that is claimed by the government. In the last days of the Obama administration, then-Secretary of State John Kerry said Palestinians have a shared claim to the holy city.

Trump’s controversial move is nearly guaranteed to derail peace talks between Palestinians and Israelis. Palestinians have sought to lay claim to East Jerusalem as the capital of their future state. Israel has occupied East Jerusalem since 1967. Trump will sign a six-month waiver off-setting the embassy’s relocation on national security grounds, according to an official knowledgeable on the matter.

Successive U.S. presidents of both parties have signed the waiver since the Jerusalem Embassy Act went into law in 1995, perpetually forestalling the building’s legislated move over concerns it could spark a diplomatic or security crisis, which would be a death knell for peace talks.

“Some say they lacked courage, but they made their best judgment based on facts as they understood them at the time,” Trump said about past presidents who signed the waiver. “Nevertheless, the record is in. After more than two decades of waivers, we are no closer to a lasting peace agreement between Israel and the Palestinians. It would be folly to assume that repeating the same formula would now produce a different or better result.”

Jerusalem is considered a holy city to Jews, Christians, and Muslims. Any change to contested city’s status quo has been met with fierce opposition. Israel’s decision to restrict Muslim access to the al-Aqsa mosque compound in 2015 set off widespread street violence between Palestinians and Israeli security forces. An Israeli judgment to install controversial metal detectors at the mosque’s entrance earlier this year was ultimately reversed after being met with mass protests by Palestinians.

With widespread calls for demonstrations beginning December 6 in Jerusalem and the West Bank, U.S. government employees and their family members are not permitted until further notice to conduct personal travel in Jerusalem’s Old City and in the West Bank, to include Bethlehem and Jericho. Official travel by U.S. government employees in Jerusalem’s Old City and in the West Bank is permitted only to conduct essential travel and with additional security measures. United States citizens should avoid areas where crowds have gathered and where there is increased police and/or military presence. We recommend that U.S. citizens take into consideration these restrictions and the additional guidance contained in the Department of State’s travel warning for Israel, the West Bank and Gaza when making decisions regarding their travel.