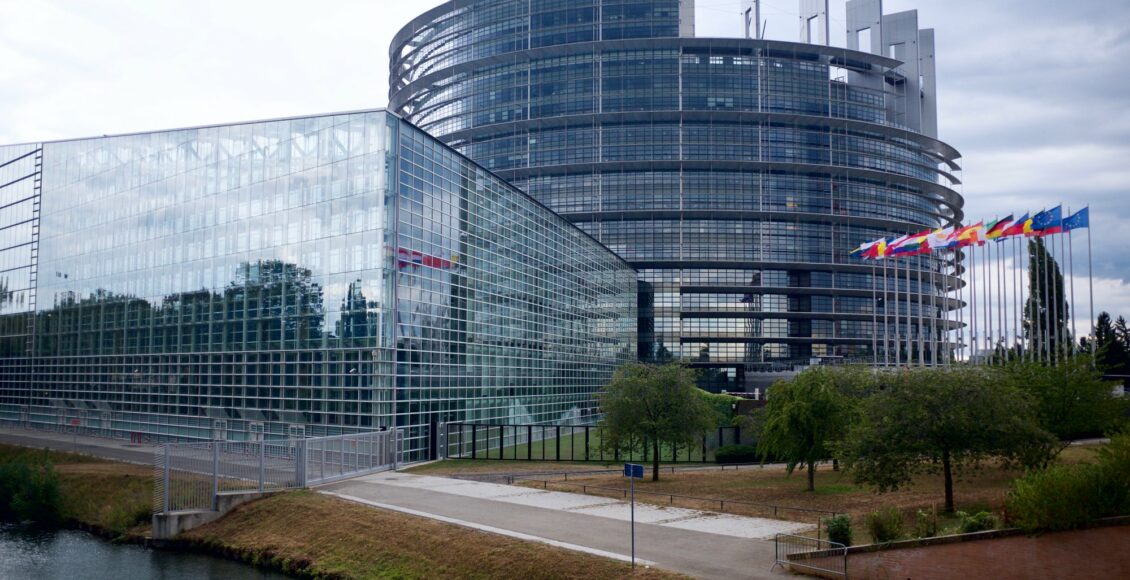 Over the past year and a half, European foreign policymakers and thought leaders have adopted a new lexicon. Terms like strategic autonomy and defense union have become commonplace in the face of wavering American commitments to NATO and the transatlantic alliance. Europe has come to realize that the United States is no longer the stalwart ally of the Cold War era. The shift in the discussion hints at a move towards greater European collective action on the world stage. With the resurgence of China, the return of Russia, the retreat of the United States, and the rise of the rest, Europe needs to define its own grand strategy.

With the resurgence of China, the return of Russia, the retreat of the United States, and the rise of the rest, Europe needs to define its own grand strategy.

The concept of American grand strategy is so well-established that it has all but become its own niche field within the realm of international relations studies. Over the last 70 years, the United States has pursued a grand strategy of "liberal hegemony," establishing international institutions for the advancement of democracy, free market economics, and human rights. Despite the change in expression and tone of American foreign policy from administration to administration, liberal hegemony has remained the blueprint.

The European Union, in contrast, has never had an overarching strategy to interact with and define the global landscape, though it has a Common Foreign and Security Policy (CFSP) which in principle guides collective European policy. In reality, European CFSP follows the foreign policy initiatives of a few member states and has demonstrated a preference to follow Washington's lead on major initiatives. For the past several decades, this system has worked extremely well for Europe; shared principles and foreign policy goals have allowed Europe to support most U.S. positions on foreign affairs and focus its energies on European economic development, integration, and domestic policy.

Yet, ever since the Iraq War, European and American foreign policy priorities, goals, and even principles have begun to diverge. The arrival of the Trump administration has further fractured the relationship and made clear to European leaders that the United States is no longer a reliable security guarantor or partner on human rights, nuclear non-proliferation, defense, and free trade issues. In an increasingly multipolar world with competing major powers vying to alter the terms of the liberal international order, Europe can no longer afford to solely rely on the United States.

What would European strategic autonomy look like? It would require developing greater self-reliance, capacity, and capability (particularly in terms of defense and collective security) to act alone to achieve European interests. At the same time, the EU would have to remain willing and able to cooperate with international partners on areas of common interest. The final push towards this ideological shift has come from two years of butting heads with the Trump administration over everything from trade to the Joint Comprehensive Plan of Action (JCPOA—the Iran nuclear deal) to NATO spending. As the transatlantic relationship changes, so must European strategy for dealing with Washington.

The concept of strategic autonomy provides an ideological framework for working on an independent basis to resolve issues of European concern in terms of collective security as well as foreign policy. Under such a framework, the EU would selectively seek partners to address climate change, forced migration, and the advancement of human rights and democracy, and would operate alone when necessary. Properly applied and refined, strategic autonomy could become a powerful and effective grand strategy by which Europe engages the international community. But for a European grand strategy to evolve and be effective, Europe must stand united.

Yet Europe remains relatively divided and reactive. All too often, substantive collective European foreign policy has required American initiative, remained reactive in the face of conflict, or stripped of substance due to internal divisions. This last scenario has become all the more threatening to a collective grand strategy given the influence of targeted Chinese foreign direct investment (FDI) in Europe. Chinese FDI lobbying in Greece and Hungary has already derailed the EU critique of Beijing's human rights record and its activity in the South China Sea.

Despite the impact of Chinese FDI, the divergent priorities of EU member states remain the greatest obstacle to creating consensus in European foreign policy and strategy. The rise of Russian cyber warfare is of primary concern to the Baltic states but of less concern to Italy, France, Spain, Malta, Greece, and Hungary, who are primarily preoccupied with issues surrounding terrorism and migration. French and German foreign policy priorities are more comprehensive, but still focus largely on defense, international trade, and relations with the United States. Even among countries with common foreign policy priorities, perspectives often diverge on how to address them.

Yet there is cause to be optimistic at the prospect of collective grand strategy. In his July 2018 visit to the United States, European Commission President Jean-Claude Juncker reiterated the European commitment to multilateralism and free trade when possible, and resolved to take independent action and apply reciprocal sanctions when necessary. EU and national leaders continue to maintain strong support for the JCPOA and meet with Iranian leaders to find ways to encourage Iranian economic development. Most recently, in September 2018 the European Commission announced a proposal of a regulation to establish a framework for a collective screening mechanism of foreign direct investments into the European Union by the end of 2018.

Europeans are also taking steps to create a more cohesive collective security apparatus. On December 11 2017, 26 EU member states formally created the Permanent Security Cooperation (PESCO) set forth in the Lisbon Treaty of 2009. In his now famous Sorbonne Speech in November 2017, Macron called for the creation of a European Intervention Initiative to enable Europe to act collectively and independently on behalf of its own defense. In May 2017, German Chancellor Angela Merkel publicly stated that Europe could no longer rely on the United States and urged Europe to "take destiny into its own hands." Indeed, the United States now represents a serious threat to the current system of international affairs and the principle of open society.

In an increasingly multipolar world with competing major powers vying to alter the terms of the liberal international order, Europe can no longer afford to solely rely on the United States.

In order to determine its own future and protect the rules-based liberal international order which has enabled it to prosper, Europe must learn to work as one to create a robust grand strategy. Brussels and European states that are already pioneering European foreign policy initiatives should first aim to develop consensus on principles of action, eliminate redundancies in EU defense policy and industry, and establish more regular dialogue between EU leaders and foreign ministers to communicate concerns, coordinate priorities, and develop a coherent, single voice through the High Representative for CFSP supported by a chorus of member states.

Strategic autonomy must become the base upon which European grand strategy is formed. Operating as one, Europe can then seek allies to support a more inclusive rules-based world order, protect international institutions from aggressive and subversive international actors, and promote the principles of democracy and human rights on the world stage.

Under a cohesive grand strategy of strategic autonomy, EU member states should coordinate their strategic interests collectively and lead individually where they are most competent. Spain and Portugal, for example, maintain strong diplomatic and people-to-people relationships with the majority of Latin American countries, and could serve as the EU's voice with the continent. Estonia, Latvia, and Lithuania have developed extremely capable cybersecurity and intelligence capacities and could pioneer European operations in cyberspace and intelligence gathering. France retains strong diplomatic ties with nations in North Africa and the Middle East, and could leverage those relations on behalf of collective European policy. France, Denmark, Poland, and Finland have well-developed militaries and could spearhead collective European defense operations and deployment to conflict zones.

Indeed, the framework for collective defense operations has already been laid through the foundation of PESCO and the European Intervention Initiative (E2I) agreed to in July 2018 by France, Germany, Belgium, Denmark, Estonia, Finland, Portugal, Spain, the Netherlands, and the United Kingdom. However, there is still much work to be done before Europe is capable of seamless joint operations; much of the defense industry remains fragmented due to protectionist national policies aimed at deterring the short-term losses that would result from developing a collective defense industry. To create a truly strategically autonomous union, equipment must be standardized and regiments made interoperable to work as a unified force. The European Army may never march by name, but European joint task forces will.

To create a truly strategically autonomous union, equipment must be standardized and regiments made interoperable to work as a unified force. The European Army may never march by name, but European joint task forces will.

Already, most EU countries participate in collaborative, NATO joint operations, but they are often highly reliant upon American leadership and forces. This was on open display in Trident Juncture held in October and November 2018 – the latest and largest NATO exercise since the Cold War. In a joint operation simulation of an Article 5 scenario calling NATO allies to defend an attack on Norway with 50,000 troops from 31 nations, the United States fielded 20,000 troops and an equally sizable proportion of its vessels, aircraft, and machinery. Without the United States' participation, NATO's capacity to defend Norway—or any other European state, for that matter—would be seriously compromised.

Rather than a replacement, PESCO or another EU-level organization should serve as a bulwark to NATO while ensuring an autonomous defense and operations capacity for the European Union.

In a strategically autonomous Europe, the EU would be able to field its own collective defense force, equal in size, strength, and sophistication of its American counterpart. Rather than a replacement, PESCO or another EU-level organization should serve as a bulwark to NATO while ensuring an autonomous defense and operations capacity for the European Union.

More important than its defense capacity, if European grand strategy is to succeed in revitalizing the liberal international order, Europe must continue to play by the rules. The United States has failed to consistently adhere to the principles of the international world order that it created, notably pioneering the creation of the International Court of Justice and then refusing to join it. By neglecting the rules it established and failing to create a more inclusive system, Washington has lost credibility and encouraged rising powers to challenge the established order. Europe cannot make the same mistake.

Regardless of the form that European grand strategy takes and the world order it promotes, the EU can no longer afford to remain passive. For Europe to preserve its place in the world, it must learn to lead as one.