The New European Triumvirate: Spain as a Leading Power in the European Union 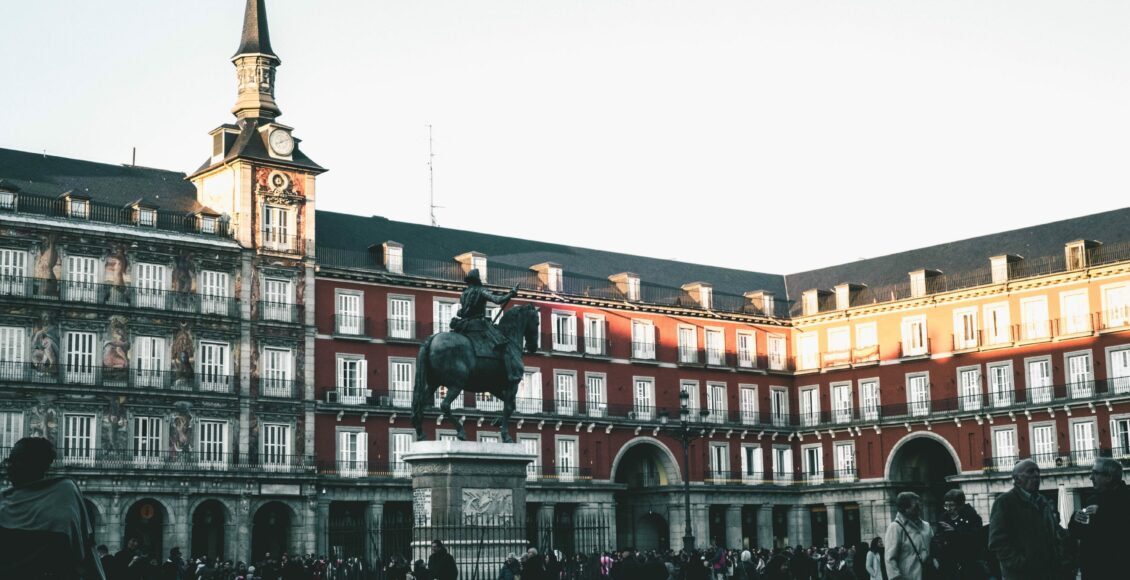 The Global Financial Crisis of 2008 left Spain scrambling to reassemble a broken economy and combat soaring unemployment. European austerity measures and Catalonian dreams of independence have since occupied all of Madrid’s bandwidth and effectively back-seated Spanish foreign policy for over a decade. With the rise of Pedro Sánchez and the wounds of the financial crisis healing, Madrid has turned its attention back to Brussels and is ready to assume the role of a leading power in Europe.

With the unexpected departure of now Former Prime Minister Mariano Rajoy, the heavily pro-European Socialist Party (PSOE) has returned to power with a decidedly European agenda. In the months following the vote of no confidence that unseated Rajoy and installed Pedro Sánchez, the new Prime Minister embarked on a grand tour of Europe to court Spain’s closest partners in an effort to drum up support for Spain’s new European agenda.

During a visit to Paris, Sánchez spent several hours with President Emmanuel Macron discussing the French leader’s ambitious Eurozone reform project, from which Spain and other Southern European nations heavily impacted by the euro’s failings stand to benefit. As Rome embarks on a decidedly eurosceptic agenda for financial reform and migration policy of the E.U., Madrid is well-positioned to reclaim the mantle of leadership of the Southern bloc of E.U. member states.

Underscoring this new role, in June, Sánchez offered the ship Aquarius, carrying refugees from Northern Africa that were denied access at both Italian and Maltese ports, the opportunity to dock in Valencia. The Sánchez administration made clear that La Moncloa would carefully and thoroughly review each migrant for refugee status and provide them full protection under the law.

Sánchez’s actions not only signaled Spain’s willingness to take on a more active role but also rekindled the debate over E.U. migration policy and became the main topic of focus at the subsequent European Council meetings, held a few weeks later.

Spain has also taken a slightly more vocal role in debates over NATO defense spending, refusing to increase its military expenditure. The Sánchez administration argued that its contribution to NATO is not limited to its defense budget but comprises its considerably large aid, development, and human rights initiatives as well.

Though the government maintained a respectful tone of disagreement — wary of provoking an unnecessary conflict with Washington — it is a notable shift in the rhetoric Spain has traditionally used with Europe’s closest ally. The notably more vocal and engaged Sánchez administration suggests a more active Spanish presence on the world stage.

As the United Kingdom prepares to withdraw from the European Union and Eastern European states continue to butt heads with Brussels, Spain’s position as a large and active pro-European voice in the E.U. is a welcome prospect. It is also an opportunity — one that Madrid should approach with vigor and enthusiasm.

Seizing the Mantle of Leadership Under Sánchez

Spain is a unique outlier in Europe these days—it has no eurosceptic or far-right parties in Congress, its political leadership remains enthusiastically pro-European, and it has a welcoming domestic attitude towards immigration.

Sánchez’s PSOE is also one of just three social democratic parties in power in E.U. states, alongside Portugal’s PSD and Germany’s SPD. This leaves Madrid in a position with great potential to influence European policy and claim its place amongst Paris and Berlin as a leading European power within the EU.

Given Prime Minister Sánchez’s prior working experience within European Union institutions, his fluency in English and French, and the appointment of strong and respectable cabinet members, in particular Foreign Minister Josep Borrell, there is considerable room for engagement with President Macron and Chancellor Merkel to advance European reforms and take on a leading role in European foreign policy.

Both Spain and Portugal maintain strong, positive diplomatic ties to Latin America, where the EU has recently shifted its attention, opening the door for trade negotiations with MERCOSUR after finalizing a new free trade agreement with Mexico in April. As Lisbon shares a strong, pro-European attitude and views Spain as its closest working partner in the EU, Spain can expect to enjoy the collective weight of Iberia backing its European agenda and policy initiatives.

Spain also maintains an active presence in the Sahel region of Northern Africa and is a member of the Western Mediterranean Forum. Commonly referred to as the 5+5 Dialogue, it brings together the European five — Spain, Portugal, France, Italy, and Malta — with the North African states of Morocco, Mauritania, Algeria, Tunisia, and Libya.

The dialogue aims to provide a space to “discuss subjects of topical interest for the region and to identify new areas for practical cooperation.” As terrorism and forced migration continue to plague the Sahel and Central Saharan regions, Spain should increase its diplomatic and security engagement with its partners in Mali, Morocco, and Mauritania.

With Brussels still hamstrung on European migration policy, it is incumbent upon Spain to engage with its partners in the Mediterranean to lead European efforts to strengthen North African rule of law and economic development. This could be done most effectively by providing civil support for elections monitoring and establishing working groups at both the national and local levels in the region. In particular, Spain should boost its support for the democratization and economic development of Tunisia, the sole surviving democracy of the Arab Spring, which could serve as a politically stable economic anchor for its neighbors.

As the United States withdraws its support for the advancement of democracy and human rights, Spain should also take the opportunity to leverage its strong human rights record, and take a more active role, both individually and within the framework of the United Nations. Here, Madrid can again leverage its relations with Ibero-American states, many of which are also strong supporters of the UN, human rights, and democratic principles.

By working closely with its Latin American allies, especially within the scope of collective principles and values, Spain and Portugal can begin to forge a new transatlantic alliance with Latin America. Greater cooperation along these lines would not only help Brussels win new allies to preserve the liberal world order from which it has benefitted, but also win Madrid greater influence in both continents as a focal point in the relationship.

Capitalizing upon stronger bilateral ties, Madrid can then better position itself to negotiate with China over issues of broader concern to the European Union, such as combatting climate change, encouraging multilateralism, and supporting E.U.-Chinese collaboration on the JCPOA and the Belt and Road Initiative.

Sánchez and his successors might also find a willing partner in Beijing to advance its own agenda for economic development and stabilization in Northern Africa given the high level of foreign direct investment (FDI) that Xi’s administration has funneled into African development projects.

By developing a stronger working relationship with Beijing, Madrid may also find itself better positioned to check Chinese human rights violations and security-compromising FDI in Europe. In any case, Spain will need a more comprehensive strategy to address the world’s largest economy and rising global power.

For all the potential for evolution into one of Europe’s leading powers, there is still the risk of Spain devolving into internal crisis. The issue of Catalonian independence is far from resolved, and political leaders are divided on how to address it.

There is also the potential for Spain to fall back into financial chaos if issues over Eurozone reform are not addressed in time for the next global economic shockwave. Yet Spain remains the best candidate for the vacancy left by the United Kingdom and Italy in the European triumvirate.

For Spain to cultivate staying power in the role, however, Sánchez will need to work closely and assertively with Macron to address Eurozone reform and establish greater solidarity with the EU states most affected by the last financial crisis. It will also have to demonstrate a willingness to compromise with the Visegrad states over issues of ongoing integration.

Madrid should also continue to opt into organizations for greater defense cooperation and collectivization such as PESCO and the European Intervention Initiative to gain influence and encourage other EU states to follow suit.

At the moment, Spain, like Portugal remains inoculated against eurosceptic right-wing political extremism that has plagued Germany and France due to the strong living memories of life under the Salazar-Caetano and Franco dictatorships. While this buttresses Spain’s leadership credibility, Madrid should not become complacent. After all, only a few years ago it was nearly unthinkable that Germany would become host to an active and growing far-right, eurosceptic movement.

Short of Brussels developing political savvy in communicating with the wider European public overnight, politicians from all Spanish parties should continue to engage in public diplomacy efforts to engage the Spanish public with the rest of Europe and help make European Union institutions, Spanish representation, and policymaking at the EU level more transparent.

As Spain emerges as a third leading power in the European Union, it should seek to actively expand its influence within and beyond Europe. Madrid must not shy away from the role of leader but embrace the opportunity to redefine its place within Europe and the world to secure its future and preserve the European project.