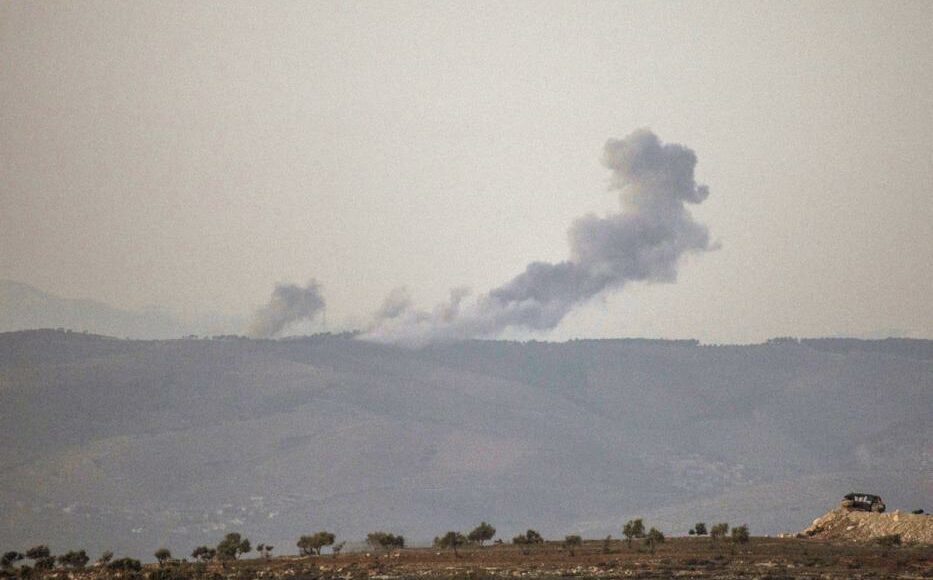 Turkey’s military offensive into the northwestern enclave of Afrin launched Saturday, amid anger at a U.S. decision to form a 30,000-strong border security force for Syria.

Russia relocated military personnel and military police officers from the Syrian region Afrin where Turkish military operations have initiated against Kurdish forces, according to the Russian Ministry of Defense.

A report published by Reuters stated that the Chief of the General Staff of the Russian military, Valery Gerasimov, and his counterpart in the U.S., Chairman of the Joint Chiefs of Staff Joseph Dunford, discussed the situation in Syria via telephone.

The report cited Russia’s Defense Ministry and disclosed no details of the call. The alleged conversation took place after Turkish President Recep Tayyip Erdoğan announced on that the Turkish military had begun an offensive ground operation in Syria’s Kurdish-controlled Afrin region.

Turkey’s actions in Syria come at a low point in the U.S.-Turkey relationship.

The United States backs the Kurdish forces in Syria, which were instrumental in the U.S. campaign against ISIS. Turkey initiated the in the aftermath of a cross-border shelling by artillery units of the Turkish army.

The Turkish air force has conducted air raids in support of ground forces in Afrin, while the Free Syrian Army (FSA) has also engaged Kurdish fighters in the region. U.S. support of  Kurdish militia groups in Syria—groups Turkey considers to be terrorists—has contributed to a widening division between the two NATO allies.

Turkey, for its part, has accused the U.S. of supporting an attempted military coup against the Turkish government in 2015 and, despite being a NATO member, has moved to align itself closer to Russia by signing defense agreements with the country.

Turkey’s President Erdogan has used the coup in justification of his rapid consolidation of power which has decreased the influence of Turkey’s democratic and secular institutions. The U.S. uses the Incirlik Air Base in Turkey as a central hub for regional operations, and also stations several adjustable-yield B-61 nuclear bombs there.

Russian military officials proposed handing over the Kurdish-controlled region in Syria’s northwest to the Syrian government to avert a Turkish military offensive, according to Kurdish officials cited in a report published by the Associated Press.

Russian officials reportedly suggested to Kurdish leaders that they cede administration and control of Afrin to the Syrian government. The Russians said that in doing so, the Kurds would avoid a military offensive from Turkey.

Ilham Ahmed, a senior Kurdish official who was named in the report, stated that Russia gave Kurdish authorities in Afrin a choice: hand control over to the Syrian government or face a Turkish military offensive.

All Kurdish officials cited in the AP’s report refused the Russian-initiated proposal, vowing to resist an attack from Turkey. Geographically, Afrin is surrounded by territory controlled by Syrian government forces and militia groups backed by Turkey.