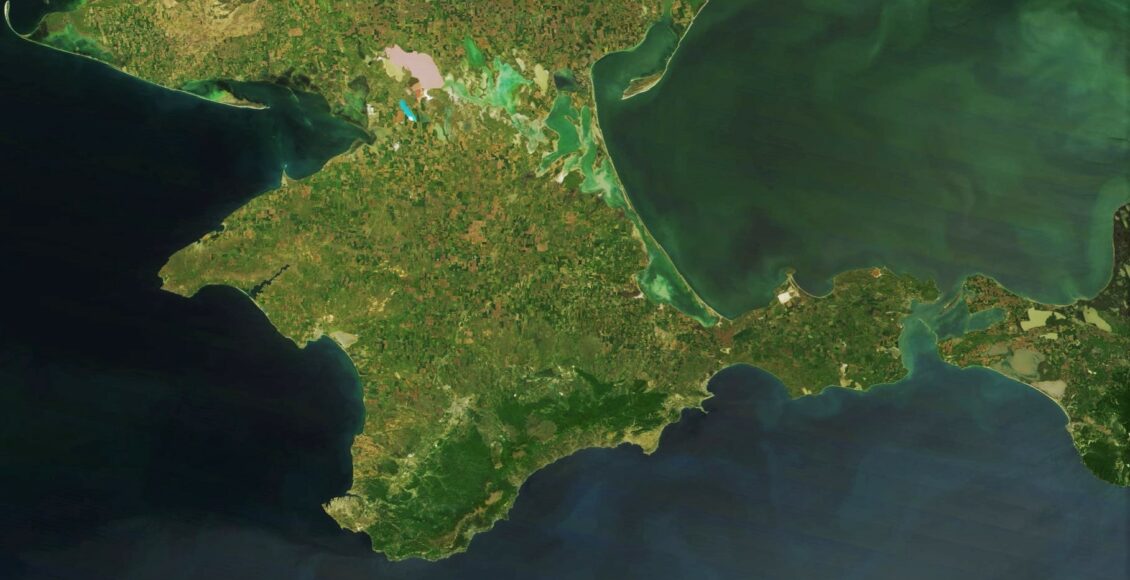 For the Kremlin, Crimea is a suitcase without a handle.

The Crimean Peninsula may have strategic significance for the Russian military, but Russian President Vladimir Putin can no longer play the Crimea card at home for political gain. Even though the 2014 annexation of Crimea resulted in a sharp increase in the Russian president’s approval ratings, five years on the matter has been overshadowed by widespread economic hardship.

Crimea is heavily subsidized by Moscow, with no hope of becoming economically self-sufficient in the current political climate. Russia has invested billions of rubles into the peninsula but has yet to resolve the most critical issue: water supply. Crimea, especially its northern region, is heavily dependent on Ukraine when it comes to water and power supply.

Following the incorporation of Crimea into the Russian Federation, Ukraine imposed an economic embargo of the peninsula, cutting off its supply of water and power. The embargo resulted in severe economic and ecological problems for northern Crimea. More recently, Russia has established two power stations to strengthen the peninsula’s energy security. However, Moscow has been unable to ensure a sustainable water supply.

Had Russia seized the whole of southeastern Ukraine—and not just Crimea as some Russian hardliners suggested at the time—the water-supply problem may have been avoided. Since such actions weren’t taken, however, Crimea was without an overland connection to the Russian mainland until 2018, when Russia completed construction of a bridge over the Kerch Strait that connected the mainland to the peninsula.

The Kerch Strait, however, is a strategic vulnerability for Russia. In the event of a conflict, the bridge would be an easy target for sabotage. To hedge against this vulnerability, the Russian military deployed the S-400 integrated air defense system along with additional warships to Crimea in the aftermath of the November 2018 clash between Ukrainian and Russian forces in the Kerch Strait.

The Kremlin must also contend with growing Turkish influence in the Black Sea region. From the fifteenth to the eighteenth centuries, Crimea was a vassal state of the Ottoman Empire. Today, Crimean Tatars—a Turkic ethnic group—retain strong cultural and religious ties to Turkey. Given that Turkey has been pursuing a more active foreign policy in recent years, it’s likely Ankara will pursue a more proactive role in Crimean affairs in the long-term. In the short-term, however, Turkey is expected to maintain its behind-the-scenes role.

The current geopolitical climate means that Moscow will have to manage Crimea like a suitcase without a handle for the foreseeable future. The Kremlin has invested heavily in integrating Crimea into the Russian Federation, but Western sanctions enacted in response to Russia’s behavior have helped to isolate the peninsula, raising prices and inhibiting economic development.

Despite these difficulties, approximately seventy-two percent of Crimean respondents said that their lives have improved since Crimea’s annexation, according to polling conducted by the Russian Public Opinion Research Center (VTsIOM).  However, in the long-run, the economic situation in Crimea and throughout Russia will only deteriorate due to the effects of Western sanctions.