Will Russia Return the Kuril Islands to Japan? 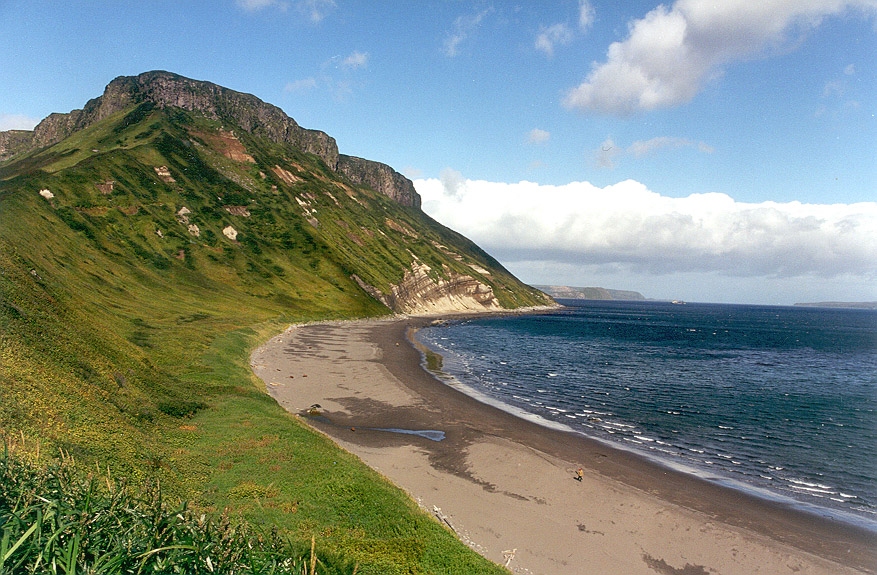 Moscow and Tokyo are negotiating the status of the Kuril Islands, which have been an integral part of Russia for over seventy years.

The Kuril Islands were annexed by the Soviet Union at the end of World War II. Japan, however, still refers to the islands as its Northern Territories, and doesn’t accept their current status. Russian President Vladimir Putin and Japanese Prime Minister Shinzo Abe recently discussed the future of the disputed islands, but according to official statements, they still haven’t reached a compromise. However, the very fact that the Kremlin is ready to discuss the return of its own sovereign territory to Japan is a sign of Russian weakness.

In a statement, Kremlin spokesman Dmitry Peskov said that the two leaders discussed the status of three of the disputed islands. The Kurils are made up of four islands, and some initial reports suggested that Moscow and Tokyo initially negotiated the fate of just two islands. Japan appears to be putting pressure on Russia, as Tokyo is increasing its demands.

Japan seeks the restoration of its sovereignty over all four of the Kuril Islands. Russia’s concern is that once Japanese sovereignty is restored, Tokyo might permit the United States to establish military bases on the Kuril Islands.  The Kremlin remains quite aware of this possibility but is negotiating the status of the territory nevertheless. According to Russian Foreign Minister Sergey Lavrov, the primary goal of the bilateral talks is “signing a peace treaty between Russia and Japan,” decades after the end of World War II. Is Lavrov’s conflation of the Kuril Islands matter with the fact that Russia and Japan have yet to formally declare an end to World War II hostilities a signal that the Kremlin is willing to cede territory in exchange for a formal treaty?

Two Ways for the United States to Deepen Diplomatic…

At the official level, the Kremlin is denying that it ever intends to return the Kuril Islands to its “dear Japanese partners,” as Putin refers to Abe and his government. Putin and Abe couldn’t reach an agreement, so they agreed to create conditions for eventually achieving mutually acceptable solutions. Once progress is made, the two countries could sign a peace treaty that would be mutually acceptable to both the Japanese and Russian people. This, however, is next-to-impossible as a large majority of Russians oppose returning the Kuril Islands to Japan. Similarly, even after seventy years, a majority of Japanese regards the islands as Russian-occupied Japanese territory. Thus, to find a solution, Japan, Russia, or both will have to compromise.

Japan, for instance, could reduce its demands from all four islands to two or three islands. However, the Kremlin fears that if it cedes even a single square meter of any of the four islands, it would be a sign of weakness, signaling a willingness to make further concessions. Tokyo would then increase pressure on the Kremlin to return more and more territory. What’s more, Moscow fears any agreement over the Kuril Islands could set a precedent it would rather not set. If the Kremlin was willing to enter into negotiations over the Kuril Islands, what’s to stop Berlin from seeking the return of Kaliningrad (formerly Konigsberg) to Germany?

Japan has waited over seventy years for a resolution to the Kuril Islands dispute, and it very well might keep waiting for a serious political crisis that could effectuate the breakup or splintering of the Russian Federation. If such a crisis occurs, Japan may seize the opportunity to restore sovereignty over its Northern Territories. In the meantime, however, Tokyo will maintain a dialogue in the hopes that Moscow will make a compromise. Such a scenario is unlikely, however, as the Kremlin fears such a compromise could open a Pandora’s box.