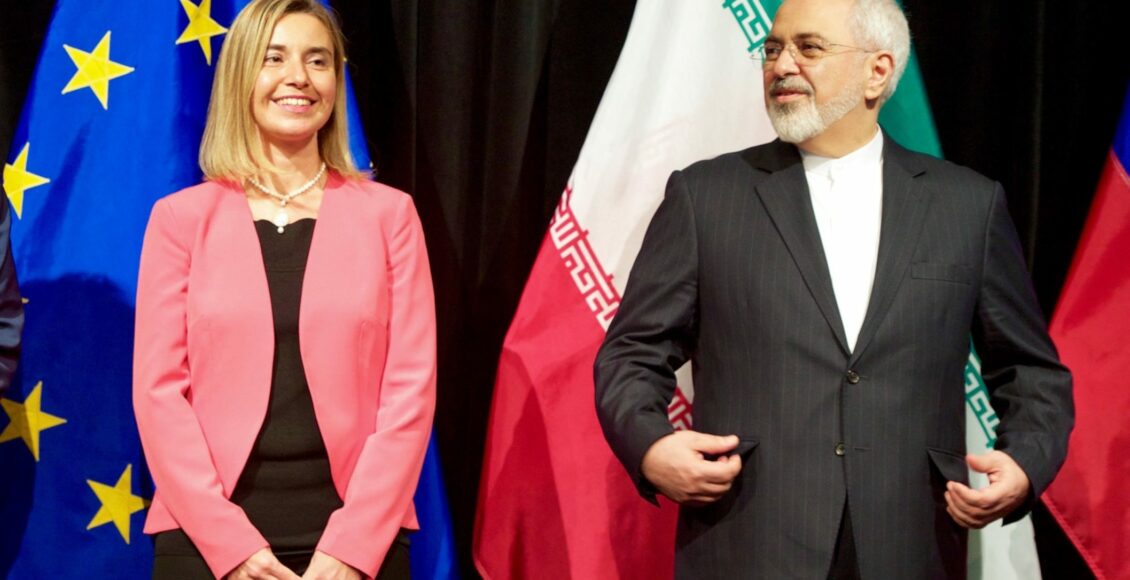 Immediately following President Trump’s decision to withdraw the United States from the 2015 Iran nuclear deal, officially known as the Joint Comprehensive Plan of Action (JCPOA), Europe rushed to save it.

European leaders announced the establishment of a European Special Purpose Vehicle (SPV) to facilitate payments for oil exported from Iran to other countries. However, it’s in Europe’s interest to immediately cease all funding and support for the Iranian government.

There are three reasons it’s in Europe’s interest to scuttle the SPV.

First, Europe cannot easily implement the SPV.  Europe not only faces unilateral sanctions imposed by the United States but must also contend with the hardliners in Tehran. With less than a month until the SPV is operational, the Iranian parliament has yet to approve two critical anti-money laundering bills. One is known as CFT (Countering the Financing of Terrorism) and the other relates to the United Nations Palermo Convention against Transnational Organized Crime. The Expediency Discernment Council, an Iranian body that ensures bills align with the principles of Sharia law, has yet to ratify the Palermo Convention.

Second, the Iranian regime will use the SPV as a means to acquire funding used to support terrorism throughout the middle east. Therefore, the special purpose vehicle won’t legitimize oil payments to Iran. The Iranian economy is heavily dependent on the oil industry, which has been entirely taken over by government and military entities such as the Iranian Revolutionary Guard Corps (IRGC) Quds Force.  Consequently, there are little resources to go towards privatizing or modernizing the economy. The Quds Force has allowed Iran’s infrastructure to decay while it has spent considerable amounts of money in Syria, Yemen, Lebanon (Hezbollah), and Gaza (Hamas). Furthermore, Europe’s SPV has tacitly condoned Iranian missile tests, as the mechanism could have been employed as leverage to induce a freeze Iran’s missile testing program.

Third, the SPV will only be a short-term panacea for Iran’s complex and corrupt economy, should the Iranian government decide to make use of the vehicle. As the U.S. has imposed more sanctions on Iran, the country’s currency has become increasingly volatile. Plummeting currency value has created turmoil both in the market and throughout the population. Banks and investment funds are going bankrupt in ever-greater numbers, and are increasingly unable to provide their customers with access to their savings. As a result, there have been regular protests and strikes throughout Iran.

It is wrong to assume the SPV is anything similar to other international intermediaries.

While it may seem that the mechanism is merely a means of paying for Europe’s oil demand, it is, in fact, a means of providing funding for fundamentalist religious groups within Iran, nearly all of which saw increased funding in Iran’s 2018 fiscal budget. The role of these entities is not to facilitate socio-economic productivity in Iran, rather, it is to create and disseminate propaganda that condemns European values.

Europeans are wrong if they hope that by offering the SPV, Iran will cease its malign activities. In 2018, the Iranian government dispatched operatives to Europe in an effort to assassinate members of Iranian opposition groups. These activities and Iran’s support for terrorist groups should come as no surprise for Europe. It was less than two decades ago in the 1990s that Iran attempted to carry out assassinations in Europe. The regime halted its behavior only after survivors took legal action in European courts.

Europeans have long turned a blind eye to the Iranian government’s pervasive violations of human rights. Today, it would behoove Europe to take a strong stance against the illegal imprisonment of union workers, torture or mysterious death of prisoners, child marriage, women’s rights and religious freedom in Iran.

Recently, Europe has taken some necessary steps towards overcoming its tacit acceptance of Iran’s domestic and international actions. Germany barred Mahan Air flights in early 2019, and French sanctions have sent a message against missile tests by Iran. Poland is hosting a meeting in February concerning the future of the Middle East and has excluded the Iranian government. Europe can shed light on the suffering of the Iranian people by ceasing all support and funding for the regime in Tehran. Europe should not legitimize a hostile, totalitarian, and fundamentalist Iranian regime.