Iran, Algeria, Sudan, and Venezuela Have One Major Similarity 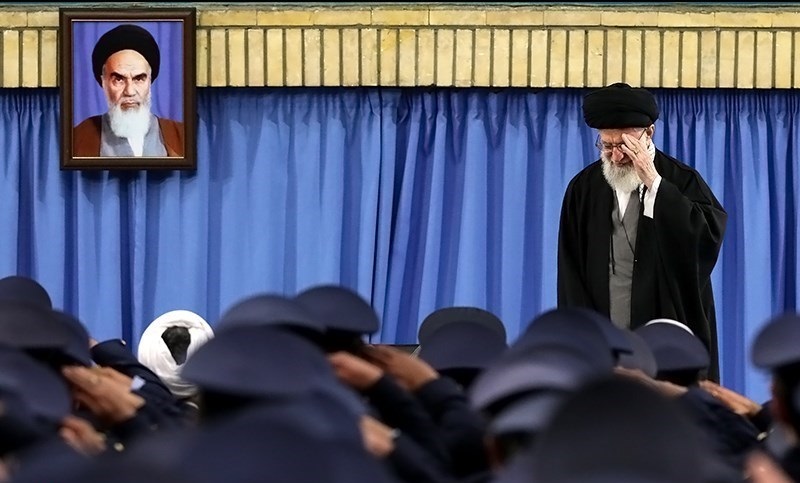 On matters of history, culture, and geopolitics, Venezuela, Algeria, and Sudan seem distinctly different from Iran. Yet, all four have one thing in common.

The seemingly omnipotent regimes in each of these countries are on increasingly shaky ground after years of corruption, public deception, and coercion. Protests in Venezuela, Algeria, and Sudan have laid the groundwork for potentially positive changes in those countries. In Iran, many wish for a similar movement towards reform. However, they face critical challenges ahead if any changes are to be realized. Going forward, it would behoove policymakers, particularly those in Western countries, to closely monitor events in Iran.

From the outset, the 1979 Islamic Revolution in Iran undermined the functioning of an effective government in the country. Revolutionaries established parallel institutions alongside each government apparatus which imposed obstacles on nearly every decision-making process in Iran. The Islamic Revolution enmeshed itself in domestic, economic, and foreign policymaking to ensure its interests were upheld. For example, the religious Guardian Council of the Revolution can impede the Parliament, and the Islamic Revolutionary Guard Corps (IRGC) meddles with the country’s economy and interferes with the Iranian armed forces whenever it deems necessary to do so.

Today, parallel institutions in Iran have amassed substantial power, and it’s unlikely they will relinquish it voluntarily. The Guardian Council is a hindrance to parliamentary decision-making on critical matters like international anti-money laundering bills, while the IRGC provides support, funding, and resources to foreign militia groups, and brings them into Iran.

During the 2009 Iranian Green Movement, the IRGC deployed armored vehicles into volatile cities alongside anti-riot security forces and attacked protestors, arresting and subsequently torturing them. When it came to fighting ISIS in Iraq and Syria, Iranians were never fully supportive of the IRGC’s actions. Many disregarded Tehran’s strong support for the Assad regime in Syria and disapproved of money that was badly needed at home being spent on expansionist programs.

Presently, Iranians are even more furious with the IRGC following widespread flooding in several Iranian provinces, further underscoring the regime’s inability to manage a crisis effectively. The matter is exacerbated by the fact that the majority of infrastructure and economic development projects in Iran are awarded to firms connected to the IRGC. Many projects have been entirely unnecessary or were improperly planned.

During a visit to areas affected by the flooding, IRGC commanders were confronted by angry and disappointed residents, in some cases being on the receiving end of “long live the Shah” chants. Their solution is to bring in al-Hashd ash-Sha’abi—or the Iraqi Shia Militia of Popular Mobilization Forces (PMF)—to the province of Khuzestan under the guise of providing aid. In reality, the group is there to suppress protesters and dissenters. Khuzestan is home to a significant population of Iranians of Arab descent, so it’s ironic that foreign Arabs are charged with suppressing dissent.

During the 2009 Green Movement, protests across Iran in 2017, and in the aftermath of the 2019 flood, the IRGC has repeatedly shown that it holds no reservations about using brutal tactics to oppress the Iranian people. Thus, once the IRGC begins to feel that it is losing its grip on power, it’s likely Iran will descend to the verge of civil war. Practically speaking, any foreign actors intent on constraining the IRGC should establish an agile taskforce to monitor, identify, and block every IRGC financial transaction and trade deal from North Africa to East Asia.

The Islamic Republic’s long and tragic record on human rights has been overlooked by the West—primarily Europe—for the sake of business and commercial opportunities in Iran. Iran’s rank of civil and political rights was stagnant during the 1980s and 1990s. Furthermore, Iran’s human rights ranking out of a score of one hundred) improved by just eleven points over two decades—from six to seventeen. It is a false hope to believe that the current system in Iran will bring about any positive or substantive changes to both Iran and the broader region.

With or without sanctions, with or without the nuclear deal, with or without the IRGC being officially designated as a terrorist organization, the theocratic regime in Tehran will continue as it has for forty years. The Iranian presidency was held first by a moderate, then by a reformist, then by a fundamentalist, and now by a moderate—yet any case for true peace within the country or with the rest of the world is nonexistent. Real reform in Iran would mean the release of imprisoned members of the Baha’i faith, journalists, women’s rights activists, and citizens of the U.S. and U.K. accused of espionage. This is, however, unlikely as the regime’s survival is increasingly dependent upon the repression of dissent.

In the aftermath of the Islamic Revolution in 1979, Iranian opposition groups increasingly felt that the international community was turning a blind eye to the regime’s repressive policies. For some time, the Iranian opposition movement appeared to stagnate. In recent years, however, the Iranian diaspora has led to a resurgence of opposition. As older generations hold meetings and conferences around the globe, younger groups such as Iran Revival are breathing new life into the fight against the regime of the Islamic Republic.

Iran Revival’s members are primarily younger Iranians who have left the country. The group has established a ten-point transition path for Iran. Since the group’s establishment in September, it’s social media following has grown substantially and the group’s Instagram features numerous videos filmed by Iranians residing in Iran. The U.S. Ambassador to Germany, Richard Grenell, met with representatives of the group during Nowrooz, the Iranian New Year. Officials in other Western governments would do well to engage with groups that have a vision for Iran such as Iran Revival. Engagement with opposition groups is essential if the country is to have a peaceful path to political transition.

Iran—similar to Venezuela, Algeria, and Sudan—displays the right criteria for a possible regime change. The country is facing severe economic woes, Iranian opposition groups are organizing themselves more effectively over issues like corruption and women’s rights, and possible alternatives to the current regime are emerging. No authoritarian regime in history has survived indefinitely, and the one currently ruling Iran will be no exception.