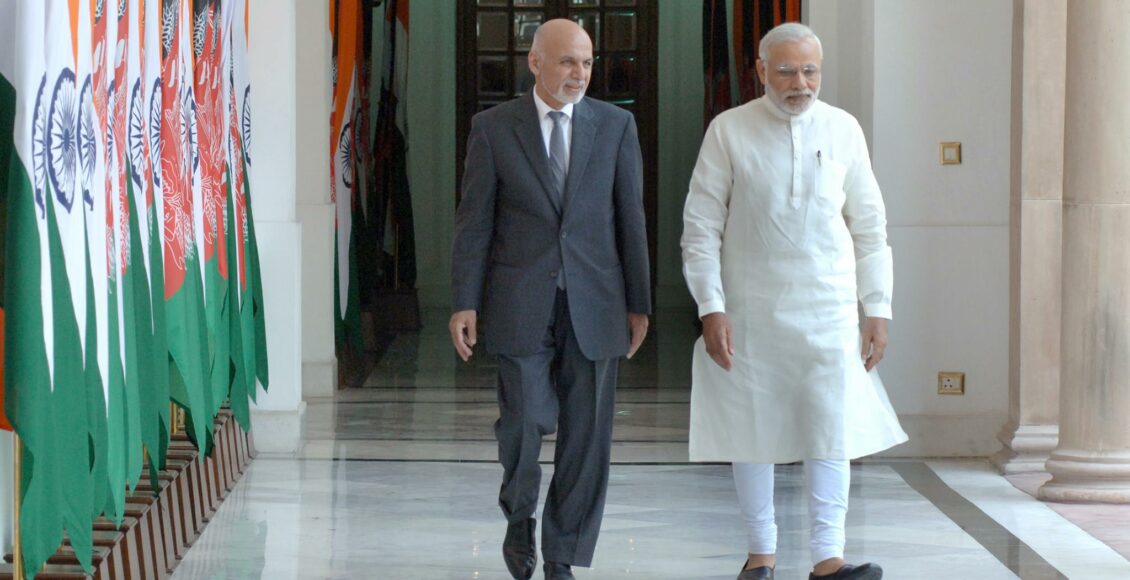 India’s role in Southeast and Central Asia is being shaped through Afghanistan.

Many countries, both regional and global powers, are working in Afghanistan to secure their interests in Southeast Asia. Afghanistan’s strategic location is of substantial value for India; increased and ongoing engagement in the country by India is likely.   India’s foreign policy goals are centered on enhancing India’s economic and political influence in Asia and around the world.  For instance, India’s long-term economic development will be assured if trade corridors are opened to connect India with Central Asian countries, and ultimately Europe through Afghanistan. This economic growth, in turn, will support increased Indian political influence throughout Southeast and Central Asia. Ensuring pro-Indian governments and sustained internal stability in Afghanistan are critical factors in cementing Indian regional hegemony.

India has been aggressively investing in the Middle East and Central Asia, with some of the more prominent initiatives being the International North-South Transport Corridor (INSTC), and the acquisition and development of the Chabahar port in Iran. Both examples illustrate India’s substantial economic, political, and strategic interests in the region. Ensuring the flow of oil from oil-rich Central Asian states is crucial for India’s continued economic growth. According to the Economic Times, India is the third-largest importer of crude oil in the world. Some Indian officials have categorized India’s dependency on oil imports as an economic crisis. India has been urgently seeking alternative sources of crude oil in the region, in an effort to diversify in light of sanctions imposed by the United States on the Iranian oil industry, and Saudi Arabia’s close alignment with India’s arch-rival Pakistan.

India seeks to expand commerce and trade throughout Central Asia and Eurasia. India’s growing economy requires access to substantial energy resources like those found throughout the Eurasian landmass. Indian companies see tremendous opportunity for growth, as they are well-positioned to provide Central Asian states with technology and services. China’s Belt and Road Initiative (BRI) and Lapis Lazuli transit corridor in the region are competing to India’s International North-South Transport Corridor (INSTC) that they can marginalize India’s trade in the region. The INSTC connects India to Russia, central Asian countries, Baltic, Nordic and Arctic regions. It is an Indian version of Chinese One belt One Road Initiative.

Should the United States lose a substantial amount of influence in Afghanistan, India’s goals of regional hegemony will be difficult to achieve. The U.S. expects India to play an increasingly major role in the region—particularly in Afghanistan.  India is connected with Central Asia through Iran and Afghanistan. Given that Iran is presently sanctioned by the U.S., Afghanistan is seen as a more viable option. While there are certainly discouraging factors—such as a lack of security—for heightened engagement in Afghanistan, there are a number of factors which could induce expanded regional cooperation. India is not only a major energy market for Central Asian energy, but it is also a way for smaller states to balance against China. Those countries who supply India with energy through Afghanistan could, theoretically, play a part in ensuring Afghanistan’s stabilization to facilitate efficient energy trade.

Neither Pakistan nor China is in favor of a substantive Indian presence in Afghanistan. Both countries have their own historical issues with India. From a strictly economic perspective, India’s activities in the region are seen by China as a threat to its ambitious BRI. For instance, Iran supports the INSTC as it would facilitate the export of Iranian natural gas and oil to Europe. India has also invested in port infrastructure in Iran in an apparent effort to disconnect Afghanistan from Pakistan. Additionally, India’s efforts to build hydropower dams along rivers in Afghanistan that flow into Pakistan and Iran is evidence of India’s strategic interests in the country, and will be hard-pressed to relinquish influence—even after a U.S. withdrawal.

India must extend assistance and support to the Afghan government in a way that benefits both countries to ensure India’s interests in the region. U.S. and Indian interests in Afghanistan are in alignment, as are both powers’ respective strategic goals. Therefore, it would be pragmatic for India to take advantage of the opportunities being provided by the U.S. One such opportunity being the exemption to specific Iranian sanctions granted to India by the U.S. State Department. The exemption will allow for the Indian-led development of a port in Iran as part of a transportation corridor designed to boost Afghanistan’s economy. India will have a harder time achieving its goals without support from the U.S and NATO, as Pakistan’s interference in Afghanistan, coupled with China’s growing influence in Central Asia are major obstacles to India’s dreams of hegemony.

Safi Alizada received his degree in international relations from American Public University. He has also studied law and political science at Kabul University in Afghanistan.