The U.S. Should Avoid a Direct Military Confrontation with Iran 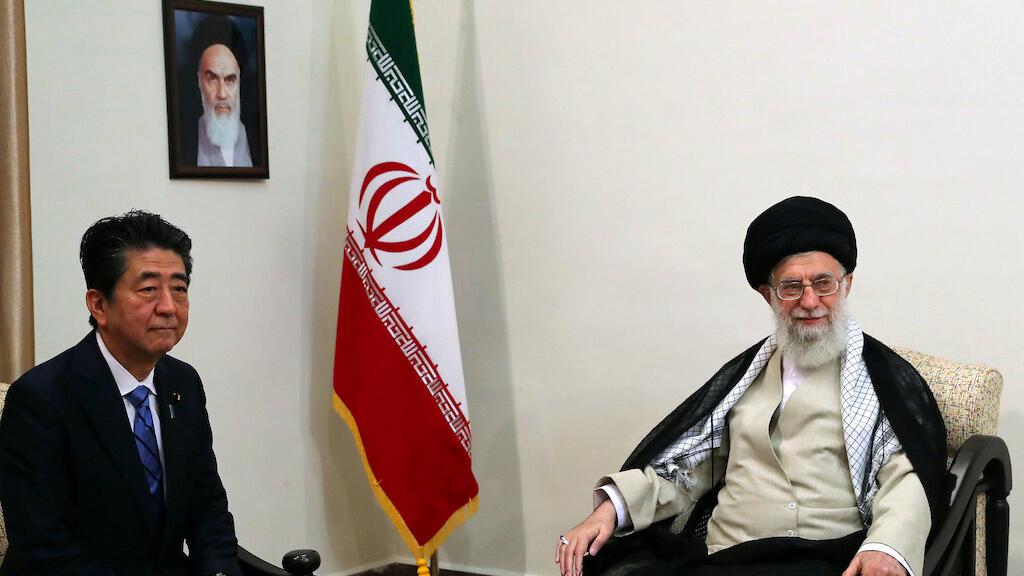 The Iranian government’s recent announcement that it would surpass previously-agreed-upon uranium enrichment limits should come as no surprise. In fact, the regime’s scattered mining efforts in the Persian Gulf, as well as the recent downing of a U.S. military RQ-4A Global Hawk drone were long forthcoming. A clash with the United States is the Islamic Republic’s prolonged, yet deferred dream, despite pretenses to the contrary.

On October 26, 1964, the founder of the Islamic Revolution, Ayatollah Ruhollah Khomeini gave his very first anti-American speech in response to a law he described as the “capitulation” law, which in reality was a status-of-forces agreement. Under the law, U.S. military personnel were granted diplomatic immunity and any crimes committed would be tried in U.S. military courts. Khomeini claimed the law would make Iranians slaves to the West and described the U.S. president as a “disgrace.”

Khomeini claimed that his primary goal was to protect Islam & Muslims around the world. He would later order the assassination of then-Prime Minister Hassan Ali Mansour, who was involved in drafting the agreement, setting off. That set the very first fanatic terrorism in Iran, Shah refused to put Khomeini on trial or to kill him. Therefore, this led to Khomeini’s exile to Turkey. He continued to employ anti-American, anti-Western, and pro-Shia Islam rhetoric until his return to Iran in 1979.

While the reasons behind Khomeini’s hatred towards the U.S. is unclear, it is evident that his revolutionary followers carried on his legacy, injecting it into every aspect of Iranian foreign policy and statecraft post-revolution. At its core, this legacy prioritizes Islam over Iran, looks outward to create problems instead of looking inward to resolve domestic issues, and infringes on the civil and political rights of Iranian citizens in Iran.

The current Iranian regime claims it does not want war, but the current Supreme Leader Ali Khamenei says he won’t engage in negotiations, either. Khamenei explicitly stated that before meeting with Japanese Prime Minister Shinzo Abe in June 2019. Abe hoped his diplomatic effort might reduce tensions between the U.S. and Iran, which would benefit Japan as a mitigator in the international community. Unfortunately, the Prime Minister wasted a trip by assuming dialogue would alter the obsolete thought process of the elderly ayatollah. However, Abe’s efforts provided U.S. President Donald Trump with additional leverage, showing the American public he was open to negotiations without preconditions.

In the U.S., President Trump’s political opponents who drafted and signed the 2015 nuclear agreement with Iran known as the Joint Comprehensive Plan of Action (JCPOA) likely see this tension as avoidable and unnecessary. They see the President of the United States as the centerpiece of this escalatory dynamic. However, they seem to be forgetting that the initial reason Iran agreed to enter into negotiations in the first place was the disclosure of the Islamic Republic’s secret ambition to obtain nuclear weapons. The Iranian government came to the negotiation table only when all means for circumventing severe sanctions was no longer feasible.

In reality, the Iranian government wasn’t happy about the limits imposed by the JCPOA and never intended to abide by it in the long-term. The JCPOA empowered the Iranian government to continue interfering in regional affairs, arbitrarily detaining dual citizens and foreign individuals, and suppressing internal grievances and dissent by all means necessary.

Since the 2016 U.S. presidential election, the Islamic Republic has been advised by lobby groups in the U.S. to wait out President Trump, in the hope that he would be impeached following the release of Special Counsel Robert Mueller’s report. This miscalculation is ongoing, as the Iranian government uses the same lobby groups to depict President Trump in D.C. as being responsible for rising tensions in the Middle East. The Iranian government assumed that by playing the victim card, the JCPOA’s European signatories would support Iran. It would seem, however, that Tehran forgot that threatening and impeding stability in the Middle East would preclude any meaningful support from the Europeans.

The Iranian government is at its weakest as a result of the U.S. government’s “maximum pressure” strategy; it’s distraught by domestic public outrage as a result of socio-economic conditions. The Iranian government will continue to unjustly detain and execute young activists such as Alireza Shir Mohammadali. Over the next few months, in the runup to the 2020 U.S. presidential elections, Iran will continue to threaten to close the Strait of Hormuz and continue to engage in malign activities in the broader region with the hope of pulling the United States into a direct military confrontation.

Trump’s staunch opposition to the Iraq War may have contributed to his victory in the 2016 elections. As his 2020 campaign gears up, it would behoove him to maintain a consistent message. Deploying military assets and troops in a defensive posture is the right signal to send Iran. However, Trump should show restraint if the consequences of Iranian actions are largely insignificant, and should escalate only as a last resort.

Thus far, six countries have offered to mitigate between Iran and the U.S. If additional countries come forward, Trump shouldn’t stand in their way. If Trump can continue to buy time until the 2020 election, Iranian opposition groups such as Iran Revival (Farashgard) will be better positioned to mobilize the Iranian public, and will deprive the regime in Tehran of the opportunity to ensnare the U.S. in a costly and unnecessary war, one which would detrimentally impact Trump’s reelection bid.