What’s next for Iran after the U.S. withdrawal from the nuclear deal?

The Islamic Republic may be weak, but it's not without options. 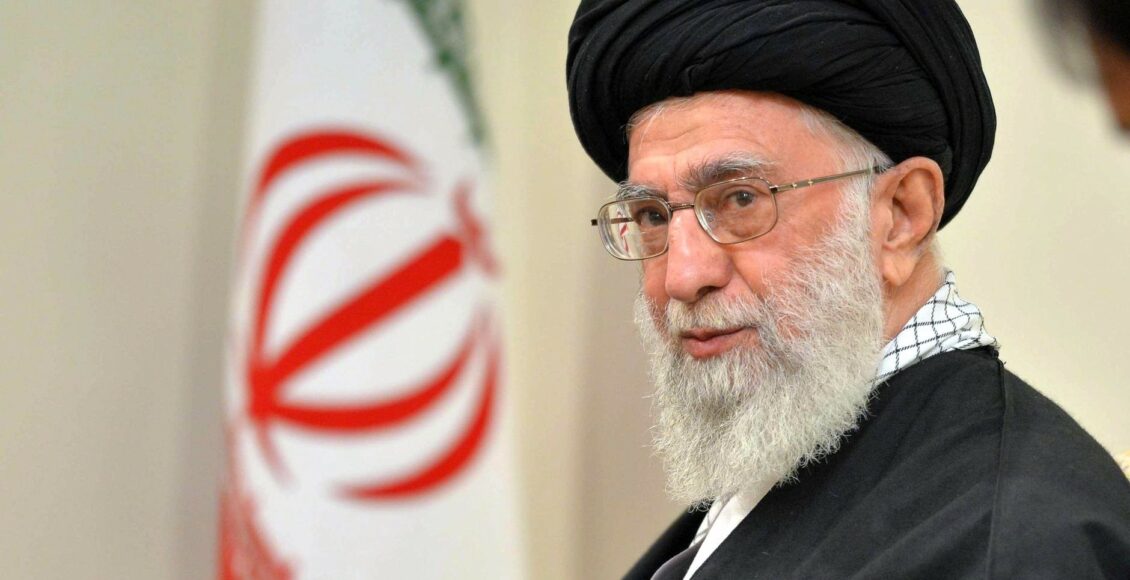 Iran versus the United States

The United States and Iran have been enemies since the onslaught of the Islamic Revolution of 1979 that ousted “America’s Shah” and transformed that country into the Islamic Republic it is today. Even though Iran is a weak power compared to the United States, it is not entirely without options. Some of these options appear promising, in terms of sustaining Iran’s strategic presence throughout the Middle East at a time when the United States is busy lowering its presence in that and other regions.

Weak but not without options

The Arab world post-Arab Spring has become a different region in terms of the ability of several major Arab states to manage the authoritarian systems within their borders.  Libya and Tunisia emerged as weak states—indeed, Libya is frequently depicted as a failed state—regarding political stability.

Gone is the iron rule of both Muammar Qaddafi and Zine al Abideen Bin Ali, which, if nothing else, guaranteed regime stability in Libya and Tunisia respectively.  Even though Egypt reverted to a military rule by ousting the democratically elected president of the Ikhwan, Mohammad Morsi, the political future of that country remains uncertain, with constant skirmishes between the military and ISIS.

In the Persian Gulf region, the Arab monarchies prevailed against any attempts of regime change by reformist/revolutionary groups but remained nervous about the prospects of their long-term survival.  The brutal dictatorship of Saddam Hussein was destroyed by the US invasion of Iraq in 2003.  What emerged in its place is a weak country, ridden with mounting sectarian Shia-Sunni conflict, and conflict stemming from the mounting aspirations of the Kurds to establish an independent Kurdistan.

As a Shia power inside a majority Shia Iraq (where about 65 percent of the population is Shia), Iran enjoys an advantage that no Arab state—all of which are majority Sunni—can match.  In fact, an argument can be made that the Wahhabi ideology of Sunni Islam, assiduously promoted by Saudi Arabia, has emerged as a significant impediment against the escalation of Sunni political influence inside Iraq and Lebanon.

The post-Saddam Iraq also became a place where Iran exercised its powerful presence and influence.  In that capacity, the pro-Iranian militias (aka Popular Mobilization Forces (PMFs) or Popular Mobilization Units (PMUs), along with Sunni militant groups, did their very best to make America’s military presence inside Iraq a highly dangerous option.

When U.S. forces pulled out in 2011, Iran’s emergence as a major power inside Iraq became an irreversible reality.  Even after the decision of President Barack Obama to send some American troops back to Iraq to fight the Islamic State (aka ISIS), Iran’s presence and influence in Iraq remained unaffected.

In Lebanon (where Shias are generally regarded as having a substantial, if not a majority, presence), Iran has equally used Hezbollah adroitly to ensure that the Shia population remains a major player in the sustained power game among the Sunnis, Christians, and Shias.  As a paramilitary/political entity, Hezbollah also makes sure that the Sunni-dominated government in Lebanon is never allowed to have an inordinate influence over the Shia population.

Hezbollah’s role in bringing about the withdrawal of the Israeli occupiers from Lebanon in 2000 was an event that made it a major nationalistic paramilitary/political entity. Then in 2006, Hezbollah’s success in challenging the superiority of Israel’s military and surviving the intense bombing of its forces turned out to be another event enhancing its prestige in the Arab world.  Iran also accrued considerable strategic influence from both of these developments.

Iran’s decision to participate as a pro-Assad entity in the Syrian civil war is a decision whose long-term impact in the Levant will be felt for years to come.  As a pro-Syrian force, all Iran has to do is to ensure the sustenance of the Assad regime, while eradicating all anti-Assad militant forces, especially ISIS.

Advantages stemming from Russia’s entry into the Syrian conflict

Russia’s entry into the Syrian conflict in September 2015 brought about three developments, all of which were promising for Iran.  First, Russia’s entry elevated the Syrian conflict to the level of great power maneuvering, since the U.S. and its friendly forces were also present in Syria fighting ISIS.  Second, as an important supporter of Assad, Iran expected to have a major say in the future great power endeavors to resolve the Syrian conflict.  Third, Russia’s decision to target ISIS (along with other pro-American Islamist forces, even though Moscow never admitted targeting those forces) was to make Iran’s fight against ISIS considerably easier.

What also helped Russia is the fact that neither President Obama nor President Trump spent any effort in targeting the Assad regime. After ousting Saddam Hussein of Iraq and Muammar Qaddafi of Libya from power, the United States seemed to have realized how important it was to leave the Middle Eastern autocrats in power.  The alternative to their rule was nothing but prolonged chaos, as was amply demonstrated in Iraq and Libya.  Russia not only understood that reality but was determined to exploit its strategic presence and influence in Syria and elsewhere in the Middle East.

Under the Trump administration, the United States, by deciding to spend its military resources on eradicating ISIS from Iraq (and later from Syria) has also unwittingly strengthened Iran’s presence as a power broker inside that country.

Iran’s nuclear research program had the making of an ambitious plan for its eventual emergence as a nuclear weapons power.  Even though it vehemently denied having such a goal, the United States (along with Israel) was equally vehement in accusing Iran of having latent nuclear aspirations.  This issue had to be resolved in the global arena.

In an impressive show of diplomacy, the Obama administration brought about their fellow P-5+1 nations (the United Kingdom, France, Russia, and China plus Germany) to the negotiating table.  What emerged on 14 July 2014, was the Joint Comprehensive Plan of Action (JCPOA).

Under this agreement, Iran reaffirmed that “under no circumstances will (it) ever seek, develop or acquire nuclear weapons.”  Still, the fact that Iran could keep its nuclear program appeared to its detractors as a temptation to cheat.

From Iran’s viewpoint, the signing of a nuclear (or other) agreement appeared dubious. This perception is due to the notorious American predilection for regime change as well as a related high suspicion that it cannot be trusted when it promises to be a party to nuclear negotiations, or that it will continue to honor it no matter who is sitting in the White House. Saddam Hussein and Muammar Qaddafi were two targets of regime change.

In the case of Saddam, even though the administration of President George W. Bush claimed that the Iraqi dictator possessed weapons of mass destruction, no such weapons were found after the ouster of Saddam’s regime.  In the case of Qaddafi, after his renunciation of developing indigenous nuclear weapons, the United States, along with France and the U.K., took military action that eventually resulted in the dismantlement of his regime.

But Iran had no choice but to agree to the JCPOA due to decades of crippling economic sanctions levied by the U.S.

On May 9, 2018, Donald Trump announced America’s withdrawal from JCPOA and promised to reimpose harsh economic sanctions on Iran.  This impetuous action placed the Western alliance system in a state of turbulence.  The U.K., Germany, and France announced their continued backing of JCPOA without the United States.  Still, much of their support depends on how strenuously the United States imposes its economic sanctions on any country that continues to do business with Iran.

Even with the weakening of American global leadership, it holds considerable economic swagger.  More to the point, the European countries appear determined about challenging the United States, but which of them is willing to pay the price, and which one of them is interested in going against the United States to support Iran’s continued observance of it is a question hard to answer.

The accession of Michael Pompeo to the job of Secretary of State and of John Bolton to the position of National Security Advisor, both staunch opponents of the U.S.-Iran nuclear deal, also adds further impetus to the Trump administration’s resolve to punish Iran for its ambitious strategic posture in the Levant and for its prolific missile production program. The talk in Washington is that the cancellation of the US-Iran nuclear deal may be a prelude to Trump’s intention to bring about regime change in Iran.

Bringing about a regime change in Iran will be difficult for the Trump administration since it finds itself without allies in Europe and no support from China or Russia. However, even those realities are not likely to stop U.S. military action against Iran, if Trump is willing to pay an exorbitant price in the form of a potential tsunami of instability and turbulence in the Middle East.

Iran may be willing to discuss with the United States its commitment to the development of long-range missiles, but it is not likely to abandon it.  It might also be ready to have a general discussion over its commitment to the Assad regime and its support of Hezbollah of Lebanon.  However, no one can expect an outright abandonment of Iranian support of those two entities either.  In the final analysis, the best course for Iran, for now, is to remain steadfastly committed to observing the JCPOA.

Ehsan Ahrari is Adjunct Research Professor at the Strategic Studies Institute of the U.S. Army War College in Carlisle, PA, and the CEO of Strategic Paradigms, an Alexandria, VA-based foreign and defense policy consultancy. He specializes in Great Power relations, strategic affairs of the world of Islam, and anti-terrorism. His latest book, "The Islamic Challenge and the United States: Global Security in an Age of Uncertainty," was published by the McGill University Press in February 2017. His website is ehsanahrari.com.