India will participate as a fully-fledged SCO member for the first time. 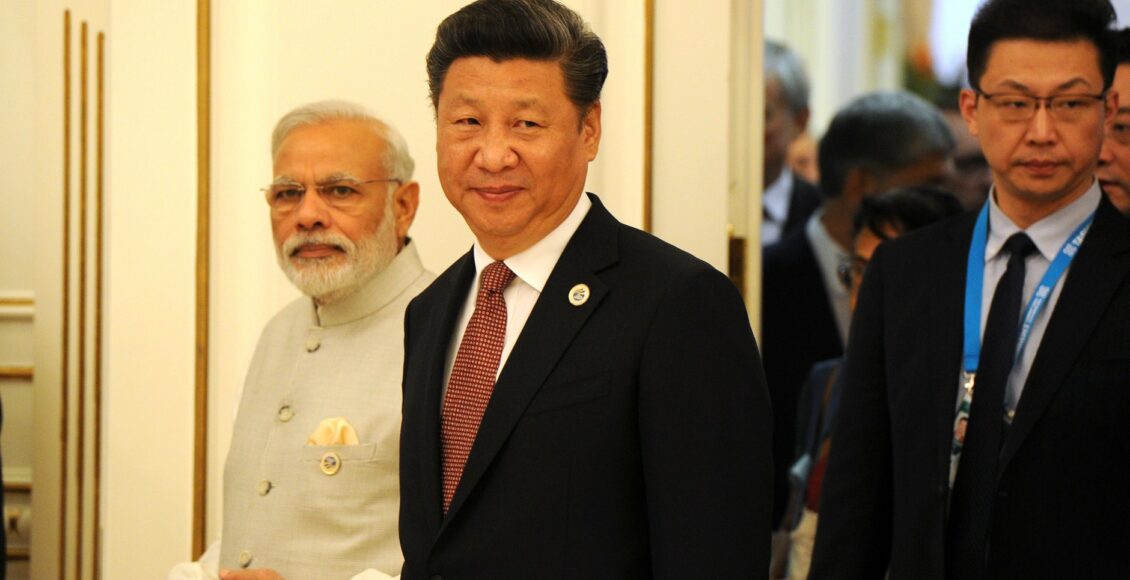 China’s President Xi Jinping is known for his predisposition towards grand diplomatic gestures that demonstrate to the world that the “great rejuvenation of the Chinese nation” is underway. As China seeks to play a leading role on the international stage and integrate regional players into its own multilateral institutions, expect there to be significant growing pains.

On June 9-10, leaders of the Shanghai Cooperation Organization (SCO) member states will meet in Qingdao for their 18th annual meeting. For the first time in the organization’s history, India’s Prime Minister Modi will participate in the meeting as a full-fledged participant. This elevation in India’s standing comes on the heels of strained Sino-Indian bilateral relations, most notably the Doklam standoff in the fall of 2017.

The SCO was founded in 2001 as a security cooperation organization between China, Russia, Kyrgyzstan, Uzbekistan, Tajikistan, and Kazakhstan. Billed as a new type of international organization that eschews the traditional U.S. alliance structure in favor of a consensus-driven approach, the SCO was China’s first serious foray into shaping the rules governing multilateral institutions.

As China continued to broaden its own priorities and engagement within Central Asia beyond the SCO’s initial counterterrorism mandate, the scope of the SCO’s cooperation similarly expanded. In recent years, China utilized the organization as a vehicle to sound out its ambitious economic projects, typified the Belt and Road Initiative; to develop a new framework for international cybersecurity law, and to conduct joint military exercises with regional partners.

Although India and Pakistan were admitted as SCO observers in 2005, this year’s transition to full member state status enables both to significantly shape the organization’s positions and priorities. In India’s case specifically, the SCO’s consensus-driven model will compel China and India to face incongruities in their own regional security priorities.

Nowhere is this split more evident than in Prime Minister Modi’s approach to President Xi’s flagship Belt and Road Initiative, which was made clear in India’s engagement with China earlier this spring.

In a break with usual practice, Prime Minister Modi and President Xi did not issue any official statements alongside their “informal summit” in Wuhan this April. Chinese Foreign Ministry officials commented that the purpose of their meeting, “was not to address specific problems, but to enhance strategic communication.” By lowering the stakes of engagement, Chinese and Indian officials were able to draw attention away from any substantive shortcomings and focus the public’s attention on the optical successes of Xi and Modi strolling along the lake.

Only days later, the Foreign Ministers of the SCO convened in Beijing to prepare for this weekend’s leader-level meeting. The official press release noted that all ministers, except India, formally endorsed China’s Belt and Road Initiative (BRI). That India was unwilling to compromise its own position in the face of multilateral support underscores the government’s skepticism of BRI’s role in the broader region.

Prime Minister Modi’s participation in the SCO summit comes on the heels of his landmark Shangri-La Dialogue keynote speech outlining India’s vision for a free and open Indo-Pacific. Although Prime Minister Modi noted the importance of a stable India-China bilateral relationship, his regional objectives align closely with the free and open Indo-Pacific strategies previewed by the United States and its allies.

This could cause friction during the upcoming summit. Official Chinese media outlets have publicly depicted the free and open Indo-Pacific strategy and enhanced Quadrilateral cooperation between India, the United States, Japan, and Australia as a containment strategy designed to diminish China’s regional influence.

Where President Xi and Prime Minister Modi are more likely to find common ground is charting the broader trajectory of the international system. Both have publicly affirmed the need for an increasingly multipolar world order underpinned by multilateral institutions, rather than protectionism and isolationism.

However, beyond surface-level concurrence, do not expect to see agreement between China and India on the definition of a “multipolar world.” For India, multipolarity offers a new opportunity for ascending states to reaffirm the values and principles long-cherished by those participating in the existing rules-based international order. China’s interpretation of multipolarity feeds into broader revisionist objectives, including the creation of a sphere of influence on its

Undoubtedly, India’s accession to the Shanghai Cooperation Organization will constrain China’s ability to use the institution as a cheerleader for some of its most controversial policies. But what China will lose in control, it could gain in legitimacy and prestige. This added clout could prove useful if China and Russia continue to use the SCO to press the United Nations to take controversial actions, such as considering the organization’s proposed internet governance measures.

Enlisting India’s participation in the Shanghai Cooperation Organization could provide the grouping with a mandate beyond its current scope. But where President Xi will find added prestige and status, he will be forced to reckon with the costs of an empowered India willing and able to challenge his own foreign policy goals.

Abigail C. Grace is a Research Associate with the Asia-Pacific Security Program at the Center for a New American Security. She previously served as a member of the National Security Council staff.