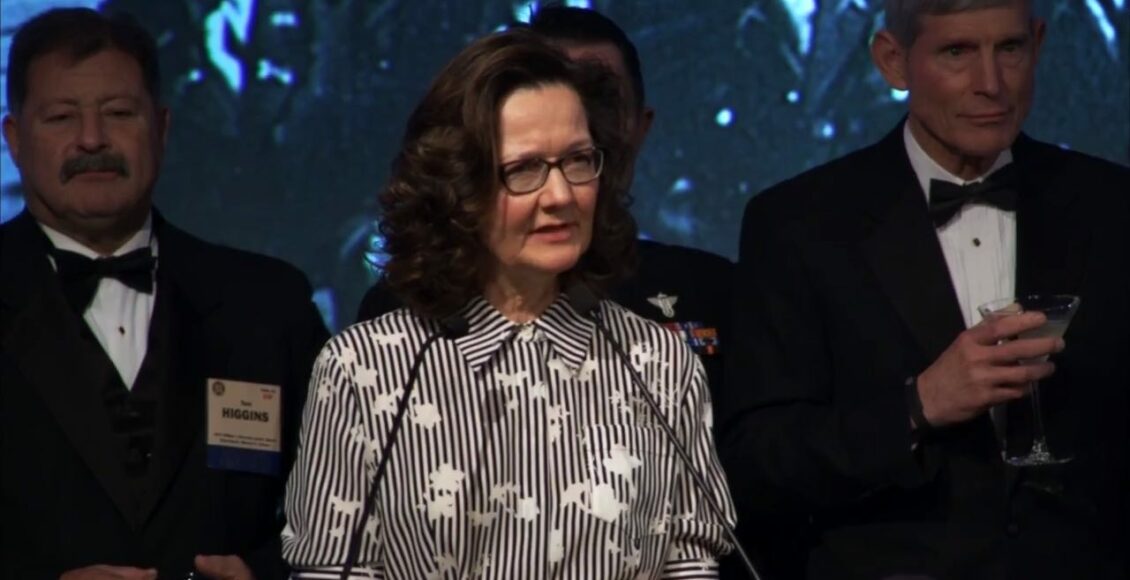 The CIA had a tough first year under President Donald Trump.

It started with the president making a brashly political speech in front of the agency’s Memorial Wall, which is hallowed ground to CIA officers. This was soon after Trump seemed to compare U.S. intelligence agencies to Nazis.

More recently, Trump has publicly challenged intelligence assessments about Russian interference in the 2016 election. Republican leaders of the House intelligence committee have also undermined the CIA by echoing the president’s criticisms. Even Republican Rep. Tom Rooney has said the committee has “lost all credibility” due to its Russia investigation.

The president needs a CIA he can trust. The CIA, for its part, needs to feel its work is heard and respected by leaders committed to protecting American security. Although the president seemingly valued the contribution of Mike Pompeo as CIA director, that respect wasn’t reflected in the president’s attitude toward the agency as a whole. Until this relationship is repaired, the country will face unnecessary risks – and not only from Vladimir Putin and his cyber trolls.

So how can Haspel gain the president’s trust, while staying true to the CIA mission?

A history of unease

Trump is not the first president to be suspicious of the CIA. My new book on U.S. intelligence reform describes the often uncomfortable relationship between presidents and the agency.

President Richard Nixon thought the CIA was filled with “Ivy League liberals” who had helped John F. Kennedy defeat him in 1960, and who were trying to undermine his administration’s policies from Moscow to Vietnam.

Bill Clinton campaigned on deep cuts to the intelligence budget. His first director of the CIA, James Woolsey, was left out of major decisions – so much so that when a deranged pilot flew a small plane into the White House, people joked that it was Woolsey trying to get a meeting with the president.

Bad relations between a president and the CIA can have disastrous effects. Members of the George W. Bush administration believed the agency’s views on Iraq were too rosy, so they pushed for more aggressive analysis and bypassed the agency to justify going to war. The Iraq War resulted in thousands of U.S. battlefield deaths, hundreds of thousands of civilian deaths, and close to $2 trillion in direct U.S. spending on the war.

If the president wants to benefit from the best information about the most important challenges facing America, he needs to believe the CIA is doing its job well. That trust starts at the top.

Trump’s announced nominee to succeed Pompeo is a promising choice, though a controversial one. Gina Haspel is a decorated agency veteran and would be the first woman to head the CIA. At least symbolically, her appointment helps address the historical imbalance of female representation at the agency. CIA insiders also seem to respect her.

Yet Haspel’s selection has raised concerns among many – including key Democrats on the Senate intelligence committee – regarding her role in approving the torture of detainees during the Bush years. She is even purported to have been at the heart of “tapegate,” when videotapes showing prisoner torture were illegally destroyed at the agency.

Critics are right to condemn this history. Even though Haspel is likely to be confirmed, she must work to restore confidence that she will follow the law and resist political influence. If she can do this, she will be well positioned to start rebuilding relations between the CIA and senior policymakers in both the White House and Congress.

Successful leadership is only one piece of the intelligence puzzle. For a more effective CIA, three things must happen.

First, the White House must stop challenging the professionalism of intelligence officers. Morale matters. While much of the CIA’s mission is defined by world events, it also tries to foresee and support the priorities of the president. If it’s not able or motivated to do this, America is more likely to blunder into foreign mistakes, including war.

Second, the congressional oversight committees must stop bickering and return to the bipartisan cooperation that was the norm for most of their 40-year history. This will be hard – these are not bipartisan times. But without effective oversight, the intelligence community can become either irrelevant or irresponsible in how it conducts its duties.

Finally, the CIA director cannot simply tell the president what he wants to hear. This is where Haspel’s career is important. After serving in several senior positions at the agency, her commitment to the CIA culture of speaking truth to power will be critical to her success. And if she and the CIA don’t have the respect and trust of the people making life-or-death decisions about national security, America – and the world – will face an even more uncertain future.

Associate Professor of Government at Smith College
Thanks for signing up! Please check your inbox for an email confirming your subscription.
Via The Conversation
United States
Share
You might also like
Energy