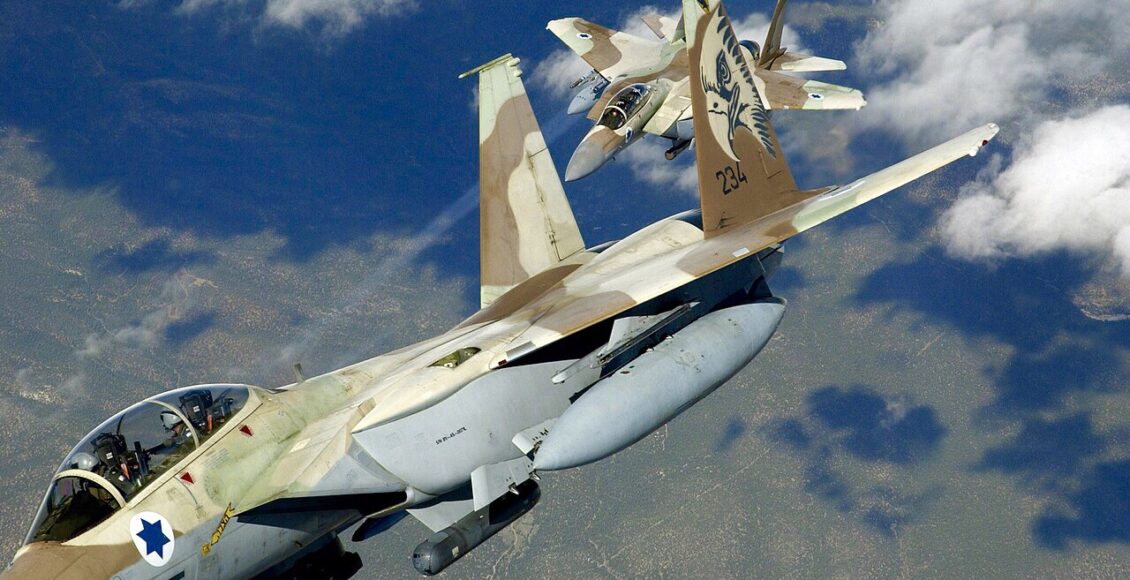 There has been a serious escalation in Syria between Israel and Iran.

In the early hours of May 10, 2018, Iranian forces in Syria reportedly launched 20 rockets against Israeli targets in the Golan Heights, territory occupied and administered by Israel.

The move was likely made in retaliation against repeated Israeli air strikes against Iranian military targets in Syria. The Israeli military had mobilized beforehand in preparation for such an attack.

According to the Israeli army, none of the rockets hit their targets, with some being destroyed by Israel’s Iron Dome missile defense system and the rest falling short of their targets in Syrian territory.

In response, Israel launched air strikes against seventy Iranian targets in Syria. The Israeli Air Force struck weapons depots, logistics sites, military compounds, and intelligence facilities used by the Iranian Revolutionary Guard Corps and its elite Quds Force. Many of the targets were located near Damascus or in southern Syria.

The Israeli military said that Israeli jets struck “dozens of military targets” that belong to Iran in Syria. Specific targets include intelligence sites used by Iran, Syria, Hezbollah, and Hamas, a Quds Force logistics compound, a military logistics compound south of Damascus, and Iranian military compound in Damascus, Quds Force munitions depots, intelligence systems, and posts, and the Iranian launching platform from which the missiles were fired at Israeli positions.

Israeli Defense Minister Avigdor Lieberman stated that Israel has a “very clear policy,” regarding Iran’s activity in Syria and that Israel would not permit Iran to establish a permanent presence in the country, which sits along Israel’s northern border. Lieberman said that Israel struck nearly all of Iran’s infrastructure within Syria.

“If we get rain, then they will get a flood,” Lieberman said, adding that he hoped this round of violence is over.

The Israeli military stated that it would “not allow the Iranian threat to establish itself in Syria,” adding that the Syrian government will be held accountable for “everything happening in its territory.”

Israeli government officials say that while Israel does not want a significant escalation, the ball is in Iran’s court. Iran can either choose to increase tensions and further escalate what has been (until now) a shadow conflict between the two regional powers, or it can decide to stand down and tamper its activity within Syria.

The latter is unlikely, as it would amount to de-facto victory by Israel in the eyes of the international community. However, it remains to be seen how the situation will develop.

Russia, an ally of both Syrian President Bashar al-Assad and Iran, did not engage itself in defending Syrian positions from Israeli air strikes, and Russian air defense systems were not activated during the Israeli assault.

Unprecedented actions by both sides

The actions undertaken by Iran and Israel posit a significant escalation in what was previously a low-level conflict being waged within the chaos and shadows of the Syrian civil war.

The May 10th air strikes were one of the most extensive military operations carried out by Israel in Syria in decades.

Iran itself had acted without precedent in launching an estimated 20 rockets at Israeli forces positioned in the Golan Heights, according to the Israeli military.

However, now that the Assad government in Damascus, backed by Russia and Iran, is seizing control over crucial territories from rebel forces, and with the threat posed by the Islamic State dying down, the Syrian civil war may turn into a broader, high-stakes, and more conventional conflict between regional powers.