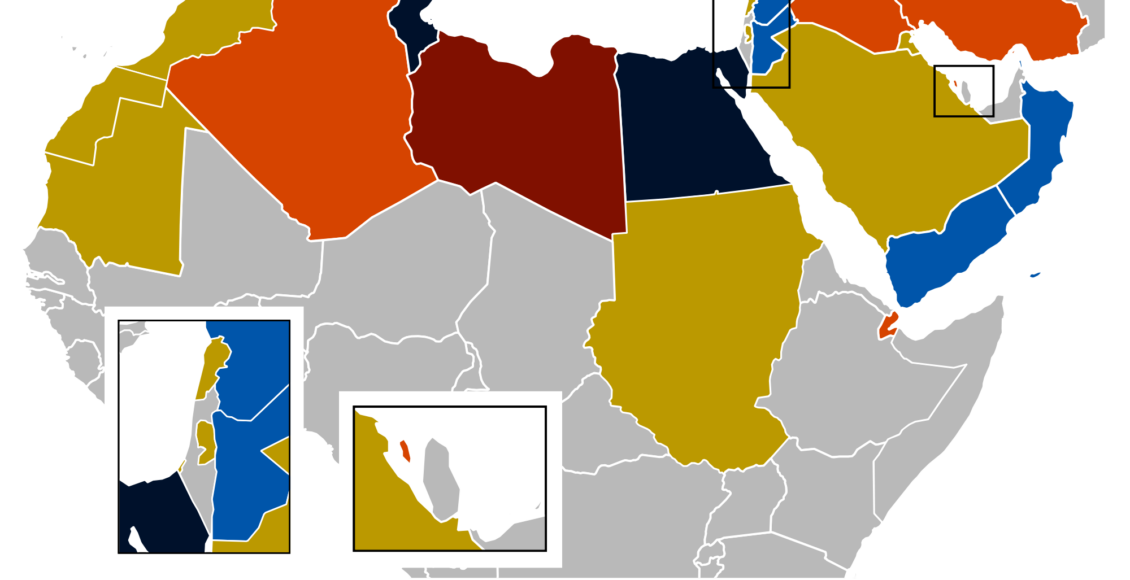 With oil prices unlikely to recover to levels of the petroleum boom governments may have to limit cash payments and subsidies.

In the meantime, social networks have provided new tools for citizens to vent their political frustrations.  Conservative religious groups—including Brotherhood affiliates and movements—and ethnically-based organizations like those based on Kurdish identity are poised to be superior alternatives to weak governments in the region.

Such groups typically supply social services better than the nation and their politics resonate with publics who’re usually more conservative and religious than the region’s political and economic elites.

If left unchecked, current trends will further fragment the region.

The effect of Islamist groups is very likely to expand, reducing the tolerance for and presence of minorities, setting the stage for additional migration flows.  Hazards of uncertainty in Arab countries like Egypt, and possibly Saudi Arabia, could induce rulers to impose control via force–an impulse at odds with countertrends like the technological empowerment of human data flows, and poverty reduction.

Additionally, a transition to democracy could offer an attractive model, if it delivers better stability and inclusive wealth.  Progress on poverty reduction, education, and girls’ empowerment in individual portions of the region provides momentum for tapping into the growing number of young people which will be coming of working age.

Geopolitically, developing humanitarian crises and regional conflict in the Middle East and North Africa will threaten to further undermine the credibility of international dispute resolution and human rights standards.  Perceptions in the area’s capitals which Washington is undependable have invited competition from Russia, and possibly China, and hedging by nations regarding US obligations.

These perceptions stem from unenforced red lines in Syria, withheld support for Mubarak along with other Arab incumbents in 2011, an alleged tilt toward Iran and away from traditional Sunni allies and Israel, and a sense of neglect due to the US rebalance to Asia.

Iran, Israel, and Turkey are most likely to rise in power and regional influence

In the meantime, Iran, Israel, and perhaps Turkey are likely to rise in power and influence relative to other nations in the area but will remain at odds with one another.

Iran’s growing influence, nuclear capabilities, and aggressive behavior will continue to be a concern for Gulf and Israel Arab nations.  The sectarian nature of Iranian and Saudi regional competition, which promotes inflammatory rhetoric and allegations of heresy throughout the region, heightens these concerns.