Why is the South China Sea So Important to the U.S.? 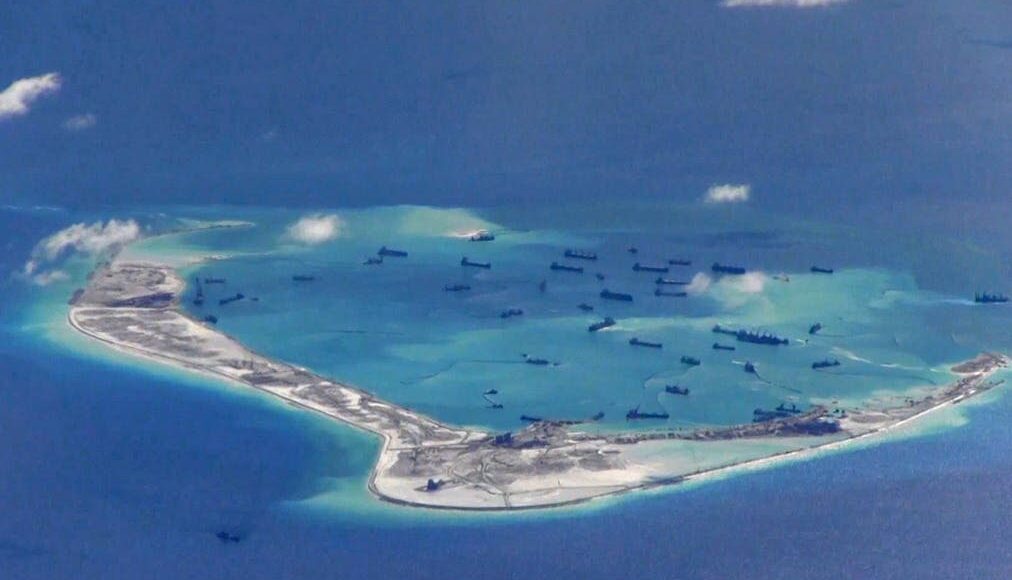 The U.S. should “send China a clear signal that, first, the island-building stops, and second, your access to those islands also is not going to be allowed.”

Donald Trump’s nominee for Secretary of State Rex Tillerson made some surprising remarks about China and the South China Sea during his recent Senate confirmation hearings. He said the US should “send China a clear signal that, first, the island-building stops, and second, your access to those islands also is not going to be allowed.”

His comments created a furor in the international media as it seems the US might resort to force by blockading the Chinese-occupied features in the South China Sea.

James Mattis, Trump’s defense secretary nominee, was more circumspect in his remarks to the Senate Armed Services Committee. He identified defense of so-called “international waters” as the “bottom line” for the US, suggesting the US would defend freedom of navigation in the South China Sea without challenging the Chinese presence there.

The Chinese regularly castigate the Americans for “meddling” in the area and have difficulty understanding why the US takes a stand on the issue. In their view, the US is making trouble for China and preventing its rise as a high power. The Chinese want to see the Americans abandon the South China Sea and withdraw from the western Pacific.

Some commentators in the US and elsewhere agree. They argue that this would allow America to forge an accommodation with China, which would remove the prospect of conflict between the world’s two largest economies and bring peace and stability.

Others have called for a G-2 or a US-China accord that would settle global problems. They claim that the US is already overstretched and should return to the “offshore” position that it had before the Korean war broke out in 1950. Why let the South China Sea get in the way of this possible accommodation?

The South China Sea has become critical to the US because of China’s challenge to the liberal rules-based order that America has promoted since the Pacific war. The post-war regional order was based on the American presence, which set the stage for impressive economic growth and regional prosperity without the threat of war or conflict.

It ensured that maritime disputes and territorial claims would be resolved through negotiation and not military power. And it served as the basis for the development of trade and regional economic relations from which all countries in the region benefited.

America’s concern with the South China Sea is a result of China’s effort to secure control over the maritime territory and the resources it contains. China insists on “indisputable sovereignty” over the area but some other claimants – Vietnam, Brunei, Malaysia and the Philippines – have the law on their side.

All have exclusive economic zones (EEZs) in the South China Sea, which is their right under UN Convention on the Law of the Sea (UNCLOS), and which the Chinese dismiss. To clarify the matter, the Philippines appealed to a tribunal convened under UNCLOS to rule on the situation.

In July 2016, the tribunal issued its judgment and upheld the rights of the ASEAN claimants to their EEZs, noting that the Chinese claim had no legal basis. China, however, has ignored legality in this dispute and is prepared to back its claim with military power. If it does not recognize the rules, the regional order that the US has been promoting breaks up.

China has militarized the Spratly Islands by engaging in reclamation projects in the South China Sea. The Chinese have been dredging sand from the ocean floor and extending the size of seven reefs they have occupied.

They have constructed three airfields there; two are 3,000 meters in length, one is 2,600 meters. These airfields can support military aircraft including bombers and large transport aircraft. With this military presence, China would be able to control the South China Sea. And its strengthened position has geopolitical consequences for the US.

The South China Sea has become an essential area for the implementation of China’s naval strategy, including blockading Taiwan, and power projection into the Indian and Pacific Oceans. It also has some of the busiest shipping lanes in the world.

The Chinese often say that they respect freedom of navigation but can they be trusted? The Japanese think not. During a territorial dispute with Japan in 2010, the Chinese banned the supply of rare earth metals, which were necessary for Japan’s electronics industry, to the country.

The Chinese could block Japanese trade, which would need to be diverted elsewhere at considerable cost. Indeed, control of the South China Sea would allow China to interfere with Japanese and South Korean trade conducted through the area.

For America, then, the future of the current regional order and the security of its allies – Japan and South Korea – is at stake. To maintain its geopolitical position in the western Pacific, the US is obliged to defend the regional alliance system and reassure local powers who are concerned about China’s intentions.

Leaving the South China Sea to the Chinese would undermine that alliance system and America’s presence in the western Pacific. China would become the dominant power in the area, and regional countries would gravitate towards it.

In October 2015, the Obama Administration responded to China’s actions by launching “freedom of navigation” naval patrols in the South China Sea, sending a clear signal that America would not be chased out of the area.

By all indications, the Trump administration is likely to be more aggressive in resisting China in the South China Sea and more forceful about preventing the erosion of America’s position in the region.

Trump has already broken with diplomatic convention by speaking with Taiwanese President Tsai Ing-wen over the phone. More can be expected to demonstrate a new American assertiveness.

One possibility is the formation of an American South China Sea naval squadron that would maintain a regular presence in the region to show the Chinese that they cannot dominate the area. The Trump administration might also strengthen security ties with Japan and attempt to orchestrate the creation of a coalition of powers bringing together Australia, India, as well as Japan, to stand up to China.

Visiting Fellow at Australian National University
Thanks for signing up! Please check your inbox for an email confirming your subscription.
Via The Conversation
ChinaIndiaPhilippinesRussiaThailandUnited StatesVietnam
Share
You might also like
Energy