China and the U.S. are Racing to Develop A.I. Weapons 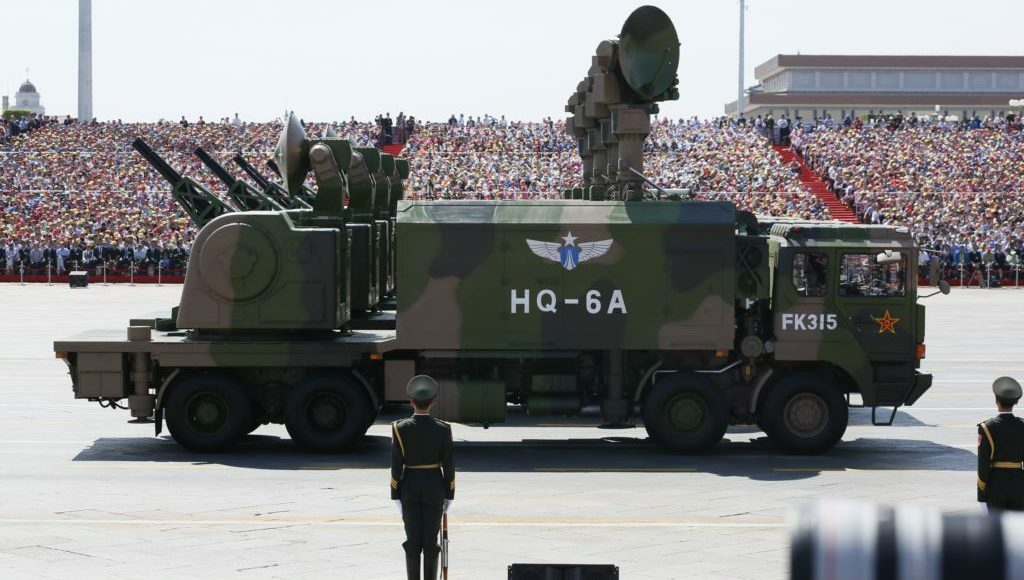 When Google’s AlphaGo defeated the Chinese grandmaster at a game of Go in 2017, China was confronted with its own “Sputnik moment”: a prompt to up its game on the development of artificial intelligence (AI). Sure enough, Beijing is pursuing launch a national-level AI innovation agenda for “civil-military fusion”. It’s part of China’s ambitious quest to become a “science and technology superpower” – but also a new front in an increasingly worrisome arms race.

In 2017, the Chinese president, Xi Jinping explicitly called for the acceleration of military AI research to better prepare China for future warfare against a major adversary such as the US. China’s approach to AI has been heavily influenced by its assessment of US military initiatives, in particular, the Pentagon’s Third Offset Strategy, an Obama-era plan that gave the Pentagon a mandate to experiment with cutting-edge weapons technologies, AI among them.

Beijing still hasn’t formally articulated a coherent strategic framework or operational concepts but, like Russia, it continues to pursue a range of military-use AI technologies as part of a broader effort to exploit vulnerabilities in US military assets.

While the US (for now) retains the upper hand in AI innovation across the board, China is catching up. It is a strong competitor in all kinds of military innovation and is expected to overtake the US in AI development in the not-so-distant future. And, as the US and China race to innovate in AI, the uncertainties surrounding their respective advances (and setbacks) will have profound and potentially destabilizing implications for the strategic balance of the world order.

Among all the risks that this entails, top of the list is that as the US and China’s approaches to military innovation diverge, new prejudices and preferences – for instance, criteria to decide when the use of lethal force is appropriate and ethically defensible – will be “baked into” their respective AI weapons systems, resulting in intelligent weapons that act on the basis of flawed human logic or assumptions (as has already been observed in algorithms developed to assess criminals’ propensity to re-offend). The resulting cognitive biases could exacerbate the two countries’ mutual mistrust, suspicion, and misperceptions, and possibly nudge them closer to a major conflict.

Hot on the heels

China has several structural, political and societal advantages in the AI arms race. Its national strategic planning is far more coherent than that of the US, and its national datasets are unparalleled in size. Xi’s sprawling “One Belt, One Road” initiative, a plan to build a vast international network of trade links and infrastructure, has a nascent virtual counterpart: the so-called “Digital Silk Road”, which encompasses not just AI but also quantum computing, nanotechnology, big data, and cloud storage.

The situation in the US is far messier. The Trump administration and Silicon Valley share an increasingly strained relationship, meaning they will struggle to work together on AI technologies the US military can use. If American commercial AI innovation continues to rapidly outpace the Pentagon’s far more sluggish approach to AI procurement and development, the two won’t complement each other as they should – leaving China a major opportunity to get the upper hand.

The US seems to be taking steps to address these problems. Despite a brief pause in the development of the US’s AI strategic roadmap, the White House recently announced the creation of a new committee of AI experts to advise it on policy choices. And in 2017, Donald Trump blocked a Chinese firm from acquiring Lattice Semiconductor, a US company that manufactures chips critical to the operation of AI applications.

These steps reflect a deepening concern that China’s strategy of fusing civil and military technological innovation could allow American technology, expertise and intellectual property shared with Chinese commercial entities to be transferred to China’s military.

It seems that China – like Russia – has relatively few moral, legal or ethical qualms in deploying lethal autonomous weapons. Recent reports suggest that China has already begun to incorporate AI technologies into its next-generation conventional missiles and missile defense intelligence, surveillance, and reconnaissance systems to enhance their precision and legality.

The US will likely be much more constrained in the development of these technologies. The Pentagon’s reticence to incorporate AI into existing weaponry is grounded in liberal democratic norms governing the use of military force, and in a concern to avoid what the Pentagon has called the Terminator conundrum – the prospect that military robots could one day decide independently whether or not to take a human life.

That said, propelled by the rapid pace of technological trends in AI – and the aggressive pursuit of these capabilities by rival powers – the US’s current commitment to keeping humans in charge could waver. If the present trajectory holds, China will soon challenge the US’s lead in several emerging military-technological strategic fields. That is likely to accelerate the Pentagon’s efforts to innovate offsetting initiatives and concepts – and in turn, make it harder to keep this disruptive high-tech arms race in check.

Post Doctorate Researcher, Strategic and Security Studies at University of Leicester
Thanks for signing up! Please check your inbox for an email confirming your subscription.
Via The Conversation
Share
You might also like
Energy