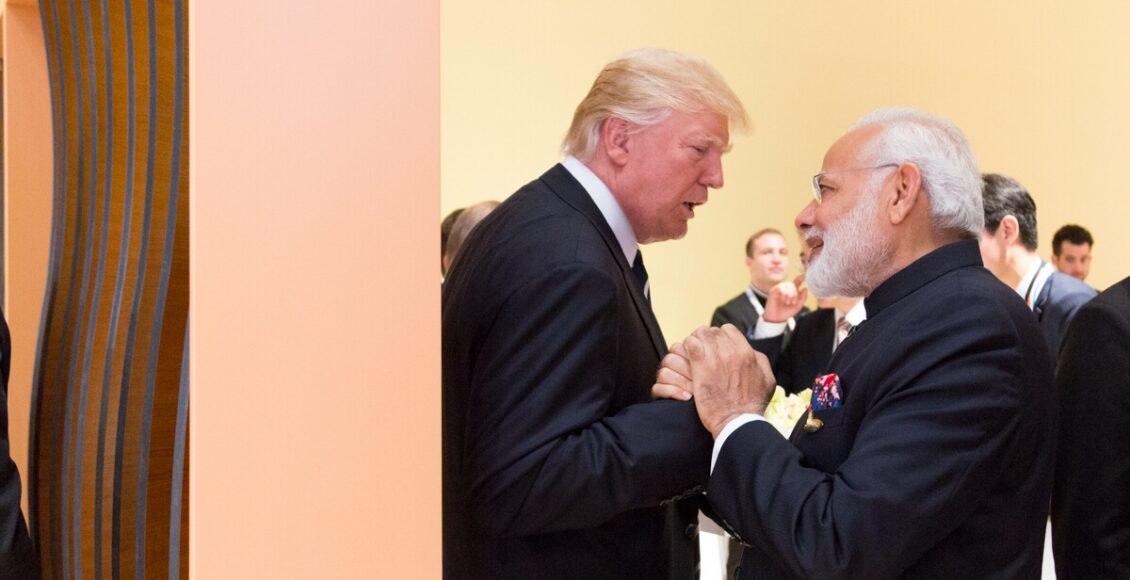 Washington will need to identify and commit to specific goals in the Indo-Pacific if this geographic and strategic approach is to be successful.

The Donald J. Trump administration has adopted the term Indo-Pacific to describe its larger strategic area of interest across the pan-Asian region. Fully realizing this strategy’s potential will require reconciling differences over the boundaries of the Indo-Pacific and what can and should be done across this enormous geography.

The term’s descriptive value matters strategically. As Australian national-security strategist Rory Medcalf wrote in 2013, the term Indo-Pacific recognizes deepened connections between the Indian Ocean region and the Western Pacific. China’s increasingly active presence in the Indian Ocean (e.g., a military base in Djibouti and intensified ties with countries such as Sri Lanka and the Maldives) illustrates a new reality in this maritime space.

As important, the Indo-Pacific framework inherently places India at the heart, rather than as an appendage to a concept of Asia focused on East Asia. Indeed, as Carnegie India’s C. Raja Mohan has written, the concept of Indian centrality revives a colonial-era framework that situated India in the middle of a larger maritime strategic space. This larger maritime area, described as the “confluence of the two seas” by Japanese Prime Minister Abe during a 2007 speech to the Indian parliament, has important implications.

It’s hard not to see India’s inherent relevance in this broader region—a country on the brink of becoming the world’s most populous; a stable democracy with the world’s sixth-largest economy, third-largest military by personnel strength, and fifth-largest defense budget; and a commitment to rule of law and the liberal international order.

The Trump administration has elevated the Indo-Pacific to a top-level regional priority, as suggested by its placement in the 2017 National Security Strategy (NSS) [PDF]. The strategy describes the Indo-Pacific as a region in which “a geopolitical competition between free and repressive visions of world order is taking place” and where “China is using economic inducements and penalties, influence operations, and implied military threats to persuade other states to heed its political and security agenda.”

While the NSS calls for working in concert with U.S. allies and partners, including boosting “quadrilateral cooperation with Japan, Australia, and India,” otherwise known as the Quad, the newly formulated strategy also welcomes India’s rise as a “leading global power” and emphasizes expanded defense ties with New Delhi. Notably, the framework appears focused on pulling India more intensively into regional activities to its east but does not necessarily take into account India’s own interests in the Indian Ocean.

The NSS defines the Indo-Pacific region [PDF] as stretching from “the west coast of India to the western shores of the United States” (page 46). This section has no reference to Indian Ocean maritime space, including the area off the east coast of Africa, the Arabian Sea, and the Bay of Bengal. In this light, the Indo-Pacific described by the Trump administration has a lot more Pacific than it does Indo. Meanwhile, India’s sense of the region includes the larger maritime space to its west. The members of the Indian Ocean Rim Association (IORA), a minilateral organization India co-created with South Africa to better institutionalize consultation across this poorly linked area, includes countries spanning this geography. 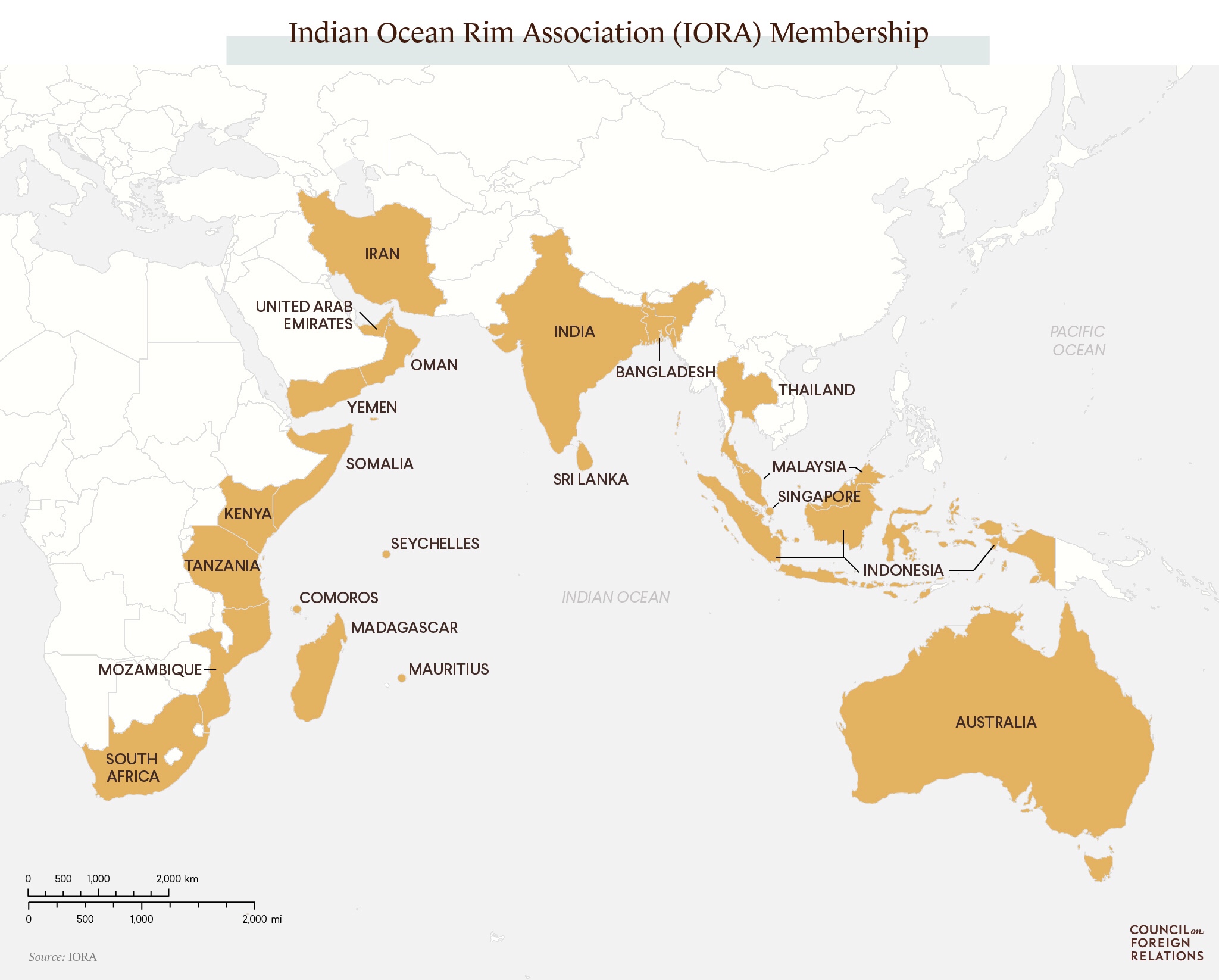 In Search of an Agenda

If the NSS hinted at the challenges across this amorphous region, the Trump administration’s statements to date have not clarified its plan. Trump’s Indo-Pacific strategy speech, delivered during his November 2017 visit to Vietnam for the Asia-Pacific Economic Cooperation (APEC) forum’s CEO summit, provided the highest-level vision of what the strategy intends to cover. He called for fair and reciprocal trade and infrastructure investment from the World Bank and Asian Development Bank, and he affirmed the importance of rule of law, individual rights, and freedom of navigation. Still, the speech relayed no specific indication of how the administration would support these priorities in any manner that differs from the past, and it did not specify a U.S. approach to a more comprehensive Indo-Pacific geography.

Last October’s foreign policy speech delivered by then Secretary of State Rex Tillerson ahead of a visit to India—one of the few policy speeches during his brief tenure—placed heavy emphasis on working closely with India on defense and security across the Indo-Pacific, as well as providing alternatives to the “predatory economics” of China’s Belt and Road Initiative (BRI). However, no specific initiatives have since emerged.

This issue of “seams,” or arbitrary bureaucratic separations, bedevils Washington’s ability to cover the Indo-Pacific adequately. This is certainly true within the State Department, where the bureaus of East Asia and the Pacific, South and Central Asia, Near Eastern Affairs, and African Affairs would all be required to cover countries in the larger region. Or take the divisions within the Defense Department’s combatant commands. U.S. Pacific Command covers the Asia Pacific, Southeast Asia, and the South Asian countries of Bangladesh, India, the Maldives, Nepal, and Sri Lanka. But it does not cover Afghanistan and Pakistan, which are part of U.S. Central Command, nor does it encompass the islands in the Indian Ocean off the east coast of Africa, which are contained within the U.S. Africa Command area of responsibility. 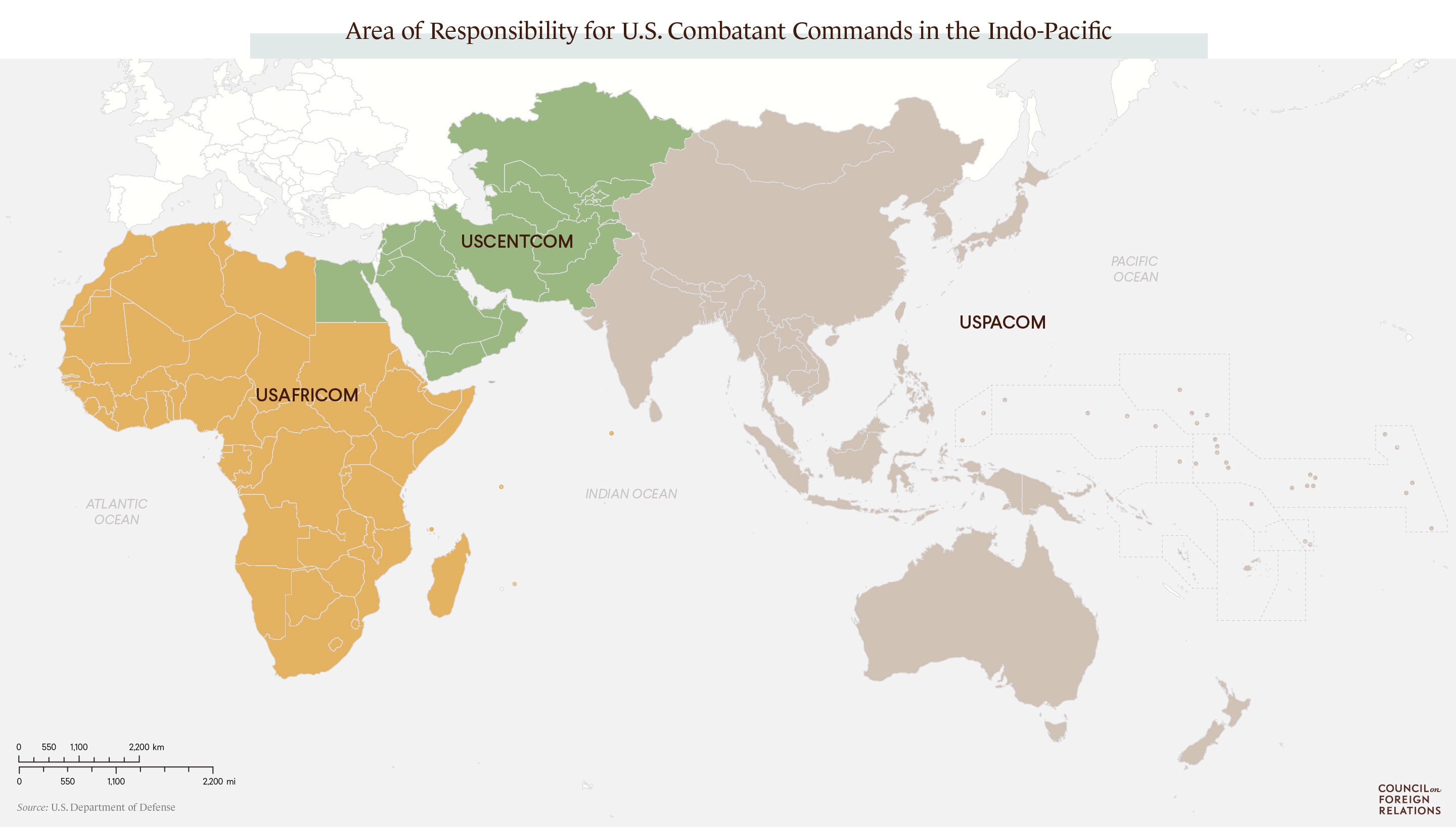 For its part, India seeks further coordination with the United States not only on the eastern portion of the region—Southeast and Northeast Asia—but also to its west, spanning Pakistan, Afghanistan, the Gulf, the islands of the Indian Ocean, and the eastern coast of Africa. Finding a way to better integrate India into the larger pan-Asian region to the east, as well as better cooperating on issues that are of significant concern to India, such as counterterrorism and maritime security to the west, could go a long way toward creating an Indo-Pacific strategy that aligns with both U.S. and Indian interests.

How to Realize a Fully Indo-Pacific Strategy

First, a compelling Indo-Pacific strategy needs to incorporate an economic through-line that offers an alternative to China’s expansive regional economic framework. The U.S. withdrawal from the Trans-Pacific Partnership (TPP) eliminated Washington’s proactive model for trade. Both China and India advocate an alternative trade grouping, the Regional Comprehensive Economic Partnership (RCEP)—an agreement of more limited ambition but whose presence, without the prospect of U.S. leadership, underscores how the United States has withered its ability to shape regional trade rules of the road. The Trump administration should reconsider joining the TPP, especially given the leadership gains it would engender from reengaging with partner countries. A TPP-rooted economic strategy for the broader region could ultimately incentivize India to join the trade pact.

Second, and closely related, Washington should champion Indian membership in APEC as a show of good faith on Indian priorities. India, with a more than $2 trillion economy, has been denied entry for more than twenty years, and its exclusion makes little strategic sense. Keeping India on the outside of a multilateral organization vital to economic activity across Asia undermines the strategic goal of expanding the Asia-Pacific framework to a larger Indo-Pacific region. An APEC with India included would expand the organization’s geography to more accurately reflect the centers of economic activity at scale, and it would be a concrete step toward realizing an Indo-Pacific region.

Third, the Trump administration should develop clear infrastructure investment initiatives with India, Japan, Australia, and others to provide transparent financing alternatives to China’s BRI, as Tillerson proposed. This is an excellent idea, but it lacks an implementation strategy. U.S. Treasury Secretary Steven Mnuchin initially rejected capital base expansion for the World Bank but thankfully changed his position, which should permit the United States to partner with other countries on infrastructure finance within a multilateral framework.

Existing U.S.-India-Japan consultations include a working group on infrastructure, which could identify opportunities. Tokyo and New Delhi have been working closely on this front through the Asia-Africa Growth Corridor partnership, whose vision for cross-regional connectivity [PDF] is designed to link the larger Indian Ocean region via infrastructure development, skills training, people-to-people exchange, and cooperative projects in areas including agriculture, health, and disaster management.

Fourth, Washington should take seriously the priorities and suggestions emerging from the IORA platform. The United States became an IORA dialogue partner in 2012, and it could more actively rely on the body as a forum for ideas and new Indo-Pacific-wide initiatives. Australia, India, and Indonesia are active members; the group also includes Kenya, Somalia, South Africa, and Tanzania; and U.S. allies France, Germany, Japan, and the United Kingdom are dialogue partners. The IORA has a wide range of focus areas, from maritime security and disaster management to the blue economy, which comprises economic activity centered on the oceans, and women’s empowerment, so it should not be difficult to develop test projects amenable to all.

Fifth, diplomatic coordination should be increased not only among the Quad countries but also throughout the larger region. It could encompass regional counternarcotics and counterterrorism efforts or relate to specific political or humanitarian crises, such as those in the Maldives and along the Bangladesh-Myanmar border. Such a framework will require, within the U.S. system, reaching across bureaucratic boundaries. (The announcement that an Indian defense attaché will be posted at the U.S. Naval Forces Central Command in Bahrain indicates a move in this direction.)

Successive U.S. administrations have strengthened ties with India and developed strategic frameworks for a broad U.S.-India partnership. The Trump administration’s Indo-Pacific emphasis could be its most consequential strategic initiative, building on the work done by the Obama administration’s U.S.-India Joint Strategic Vision for the Asia-Pacific and Indian Ocean Region. But it will need—very soon—to identify and implement some specific projects for the grand strategy to become reality.