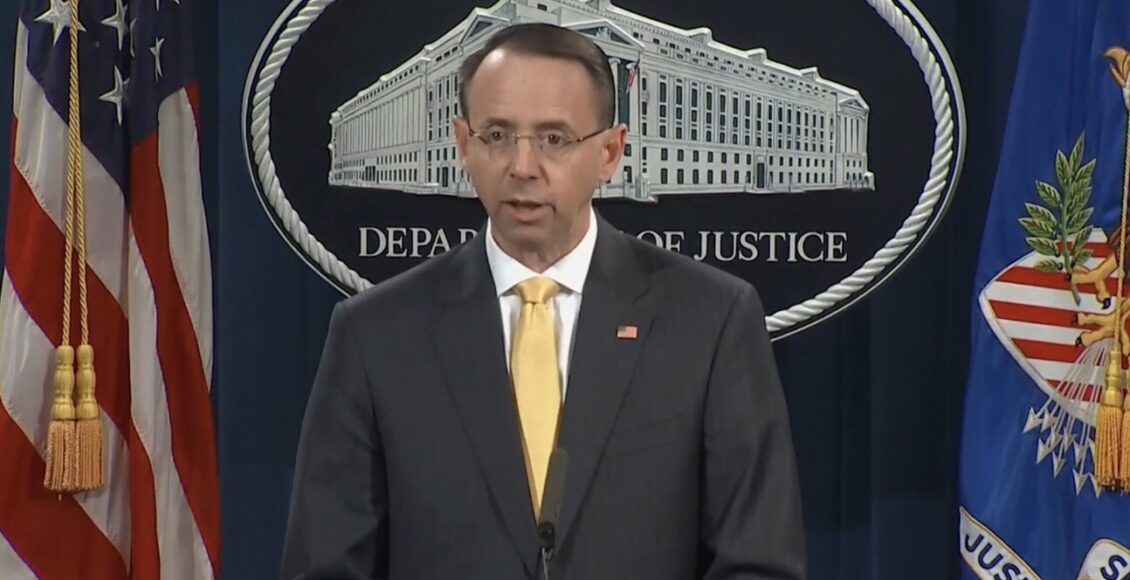 The office of Special Counsel Robert Mueller has announced the indictment of 13 Russian nationals for their involvement in influence operations targeting the United States.

A federal grand jury investigating Russian meddling in the 2016 election on Friday indicted 13 Russian nationals including 12 employees of a St. Petersburg, Russia-based organization that carries out online influence operations on behalf of the Russian government.

The indictment alleges that the Internet Research Agency, a propaganda outlet tied to the Kremlin, engaged “in operations to interfere with elections and political processes” during the 2016 U.S. presidential elections.

The indictment accuses the organization’s employees of carrying out “interference operations targeting the United States” from 2014 to the present, according to the indictment.

The goal of these information operations was to “promote discord in the United States to undermine public confidence in democracy,” said Deputy Attorney General Rod Rosenstein on Friday. “We must not allow them to succeed.”

The indictment alleges that the defendants and their co-conspirators began to study and track groups of U.S. citizens on social media sites dedicated to discussion of U.S. politics and other social issues as early as 2014.

To measure the performance of these various social media groups, operatives of the Internet Research Agency tracked certain statistics like the size of a given group, the frequency of content published, and the level of audience engagement with a given piece of content, such as the number of comments, shares, or likes a social media post received.

What does the special counsel’s indictment reveal?

In 2016, the accused allegedly posed as U.S. individuals and made contact with several U.S. political and social activists. The indictement gives an example of how the defendants, in June 2016, communicated with a U.S. citizen affiliated with a grassroots political organization based in Texas. It was in this interchange that the Internet Research Agency operatives learned that they should concentrate their information operations on “purple states,” like Florida, Colorado, and Virginia.

The indictment states that it was after this exchange that “defendants and their co-conspirators commonly referred to targeting ‘purple states’ in directing their efforts.

The indictments were announced by the office of Special Counsel Robert Mueller’s.

Former Trump national security adviser Michael Flynn and former campaign foreign policy adviser George Papadopoulos have pleaded guilty to lying to the FBI about their contacts with Russian officials during the campaign and the transition. Both are now acting as cooperating witnesses in the special counsel’s investigation.