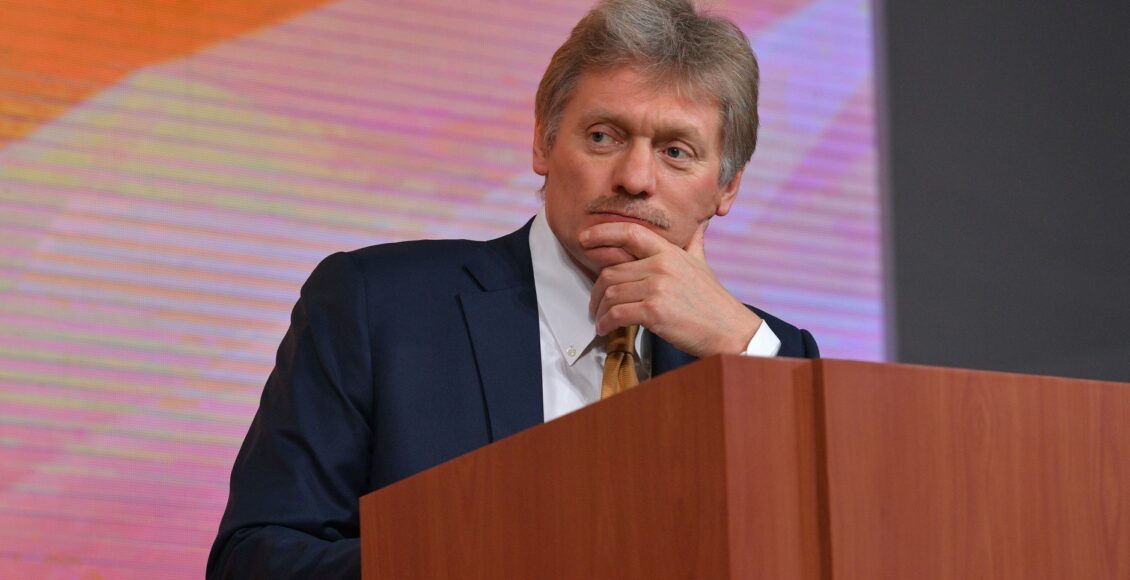 Kremlin spokesman denies any involvement in “meddling in the internal affairs of other countries.”

On February 19, Kremlin spokesman Dmitry Peskov told reporters that allegations of Russian interference in the U.S. presidential elections were baseless and denied any Russian government involvement in interfering with the U.S. political system.

Peskov’s remarks were the first comment from the Kremlin concerning the charges announced by the office of U.S. Special Counsel Robert Mueller three days earlier.

“There are no indications that the Russian state could have been involved in this. There are none and there cannot be any,” Peskov said.

“Russia did not meddle, is not in the habit of meddling in the internal affairs of other countries, and is not doing it now.”

Peskov’s comments come mere days after the United States’ special counse, indicted 13 Russian nationals and three Russian entities with conducting an illegal “information warfare” campaign to disrupt the election to the benefit of President Donald Trump at the expense of former Secretary of State Hillary Clinton.

Special Counsel Robert Mueller’s indictment of the Russian interests concluded that the Internet Research Agency, a St. Petersburg, Russia-based social media firm with Kremlin ties, along with 12 of its employees, and its financial backer orchestrated the effort.

The 37-page indictment alleges that the Russian conspirators sought to coordinate their effort with Trump campaign associates, but it does not accuse any employees, volunteers, or surrogates of the Trump campaign of colluding with the Russians.

The U.S. indictment, which was issued by a grand jury and released by Mueller’s office, said that the Russian entities in question began interfering in U.S. political processes as early as 2014.

The indictment stated that some of those charged posed as Americans and communicated with people associated with Trump’s campaign, adding that those people were “unwitting” in their communications with the Russians.

Trump has repeatedly insisted that neither he nor his campaign colluded with Russia, even as the U.S. intelligence community and now Mueller have concluded that Russia conducted a wide-ranging influence operation during the election that was intended to help Trump win.

The indictment is the first time the special counsel’s office has brought charges against Russians and Russian entities for unlawfully interfering in the 2016 election.

The Response from the White House

On Twitter, Trump broadly criticized the various investigations underway in the Justice Department and in various congressional committees.

“If it was the GOAL of Russia to create discord, disruption and chaos within the U.S. then, with all of the Committee Hearings, Investigations and (Republican) Party hatred, they have succeeded beyond their wildest dreams,” Trump said. “They are laughing their asses off in Moscow. Get smart America!”

Trump was also critical of H.R. McMaster, his national security adviser, who, on February 17, stated at the Munich Security Conference that there was “incontrovertible” evidence of Russian interference in the election.

“I never said Russia did not meddle in the election, I said ‘it may be Russia, or China or another country or group, or it may be a 400 pound genius sitting in bed and playing with his computer,’ Trump tweeted. “The Russian ‘hoax’ was that the Trump campaign colluded with Russia – it never did!”

Trump proceeded to tweet that McMaster “forgot to say that the results of the 2016 election were not impacted or changed by the Russians and that the only Collusion was between Russia” and former U.S. Secretary of State Hillary Clinton alongside other Democrats. He left out any criticism of Russia.

Thus far, Mueller’s investigation has led to the indictments of Paul Manafort, the former Trump campaign chairman, and his associate Richard Gates III on money laundering charges in connection with their lobbying efforts in Ukraine that predates Trump’s 2016 campaign.

Former Trump National Security Adviser Michael Flynn and former campaign foreign policy adviser George Papadopoulos have pleaded guilty to lying to the FBI about conversations with Russian officials and are both cooperating with Mueller’s investigation.