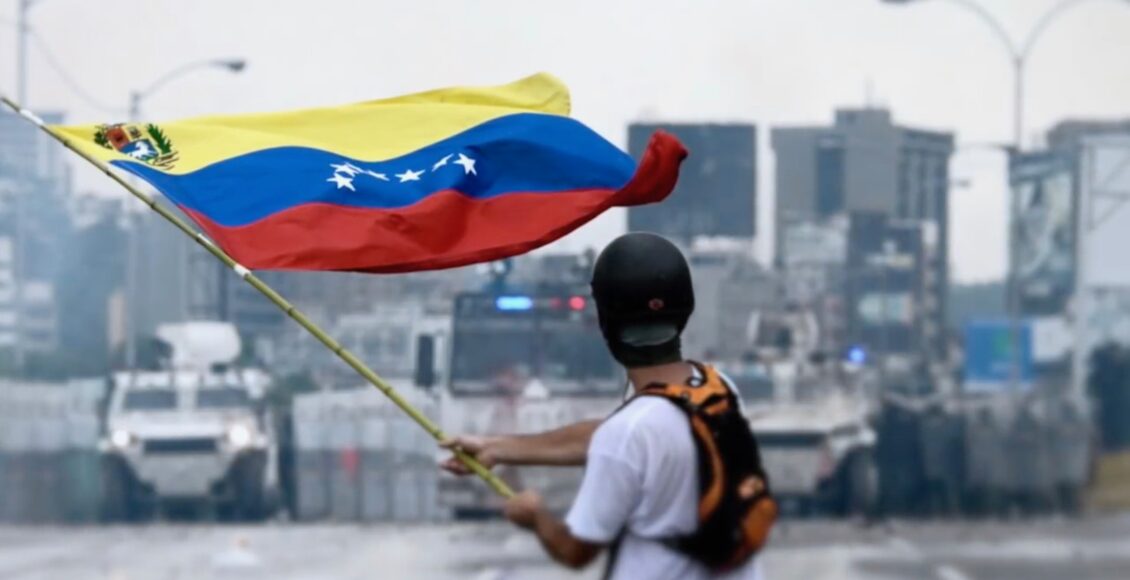 Dr. Jennifer McCoy, Distinguished University Professor of Political Science at Georgia State University, discussed a third potential outcome for the situation in Venezuela: a negotiated solution. A negotiated settlement means addressing the food and medical shortage and ensuring people’s basic survival needs are met while providing international economic support on the condition that certain political and institutional reforms are implemented.

Years ago, Venezuela cut itself off from the Inter-American Development Bank, the IMF, and the World Bank. Since then, it has been relying on loans from Russia and China in exchange for oil as collateral, but that’s increasingly becoming an unsustainable source of funding for the Venezuelan government.

China and Russia are becoming more leery about continuing to loan new money because of depressed oil prices, instability, and their internal problems. As a result, Venezuela’s financial options are thinning out. However, Dr. McCoy notes that negotiations could resolve this issue in this third scenario, which is the most optimal.

In exchange for international aid, Venezuela’s government would agree to implement changes in monetary and fiscal policy and agree to reinvest revenues, particularly in the nationalized oil sector. The national oil company has lost its capacity to produce efficiently and in the required volume. Venezuela’s commodity-based economy requires an efficient oil industry to generate sufficient revenue to reinvest in other sectors so as to promote a more diversified economy.

Additionally, the government needs to agree to political negotiations, as well. The independence of Venezuela’s democratic institutions has been critically undermined, so there needs to be a major effort to restore the independence of the judiciary, the legislative branch, the security forces, and the media, in addition to setting in place a timetable for elections.

The problem, Dr. McCoy says, is that the government is reluctant to hold elections because if they perceive it as an all-or-nothing situation if they (the Maduro government) falls out of power. If the Chavez movement loses control of the Venezuelan government, they fear recrimination and are afraid of losing all the gains they’ve made—in their eyes—for the Venezuelan people through what Chavez called his “Bolivarian revolution.” There is significant corruption that permeates the government and armed forces, and reported criminal activity, as well. Therefore, many officials will be reluctant to risk giving up power if they think they will be tried and punished, or if they expect a witch-hunt without due process.

Also looming over members of government is the possibility of extradition to the United States. This threat is particularly worrisome for those who’ve already been indicted in the U.S., or who have had sanctions imposed upon them by the U.S. in response to corruption, drug trafficking, or human rights abuses.

Transitional justice is usually implemented after countries have emerged from a civil war with a peace agreement, or after a transition from a military dictatorship or authoritarian regime to a democratic system. In the past, it’s granted pure amnesty to everybody.

Now, Dr. McCoy says, it typically provides reduced sentences for human rights abusers, and potentially for corrupt officials, conditioned on their agreeing to provide compensation to the victims or the country, acknowledge responsibility and tell the truth, and guarantees not to repeat the criminal activity. Some form of negotiation must include elements transitional justice to ensure a peaceful transition of power, and more importantly, to even have the ability to hold elections where it’s possible that the government could be ousted.

What’s at stake for American interests?

A failure to reach a solution in Venezuela would have considerable implications for American interests, both economic and national security. A failure would result in a marked increase in the number of Venezuelan’s fleeing the country, either seeking better economic opportunity or fleeing political violence and oppression.

This risk involves the point that if there is a state collapse, oil production will likely cease in Venezuela and worldwide prices escalate. an interruption in oil exports to the U.S. from Venezuela would be the first time that has happened, despite political tensions and lack of ambassadors in each country.

The criminal and extremist activity would increase in the absence of order. There have been allegations that Venezuela has sold visas to Hezbollah in Iran, Dr. McCoy says, noting that these haven’t necessarily been concretely proven, but provide a window into the range of threats that could emerge from Venezuela if it became a failed state.