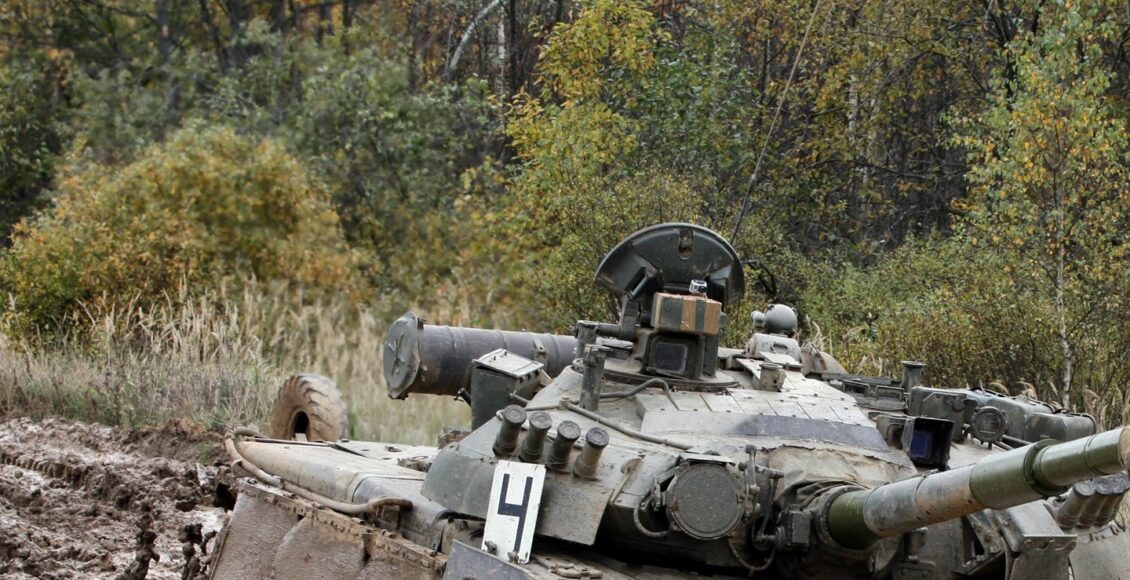 Russia’s campaign to modernize and strengthen its armed forces is increasingly putting U.S. and European forces at risk, with some defense officials raising concerns Moscow’s military soon could challenge the U.S. and its allies for dominance across the continent.

Most of the focus in recent weeks has been on Russia’s newfound confidence in its nuclear arsenal after President Vladimir Putin boasted about four new delivery systems designed to make U.S. defenses “useless.”

Of equal concern to U.S. and European officials, however, is Russia’s remade conventional military might, which has been displayed and tested in places like Ukraine and Syria.

“Russia’s increasingly modernized military is operating at levels not seen since the Cold War,” the commander of U.S. forces in Europe, Gen. Curtis Scaparrotti, told lawmakers in Washington, Thursday, warning the U.S. has no choice but to keep pace.

“Given their [Russia’s] modernization and the pace that it’s on, and what we are aware of they’re doing, we have to maintain our modernization so we can remain dominant in the areas that we are dominant today,” he said.

Dominance possible by 2025 or sooner

Scaparrotti, who also serves as NATO’s Supreme Allied Commander, further underscored that any failure by Washington to continue to modernize its forces could enable Russia to challenge the U.S. “in almost every domain, in a military perspective, by 2025.”

In some areas, like the Arctic, Russian dominance could come even sooner, Scaparrotti said, estimating Moscow could exert control over northern routes there in as little as two to three years.

The U.S. and NATO are not alone in their concern.

A new report by the Rand Corporation concludes Eastern Europe is especially vulnerable, warning NATO ground forces there would be “badly outnumbered and outgunned” if Moscow were to launch a conventional attack.

“Russia would have a substantial time-distance advantage in the initial days and weeks of its ground campaign because of its strong starting position,” the report states.

It also determined Russia forces would benefit from a strategy “that emphasizes mobility and repower and trains to conduct larger-scale operations, strengthening Russia’s ability to engage in conflicts between mechanized forces close to its border.”

According to the report, while Russia has about 78,000 troops along Europe’s eastern flank, NATO has 32,000. Russian tanks also outnumber NATO tanks 757 to 129.

Questioned by members of the Senate Armed Services Committee Thursday, Scaparrotti pushed back against some of those concerns, noting any potential conflict would not be fought with ground forces and tanks alone.

There also are some doubts about the likelihood Russia would try to engage in such a conflict.

The Estonian Foreign Intelligence Service asserts in a report earlier this year the threat of a direct Russian military attack in 2018 “is low.”

Still, the Estonian report cautioned that Russian forces along Europe’s eastern flank and the Baltics “have consistently strengthened their presence in the region with the most modern weapon systems as well as the establishment of new units and commands.”

Equally concerning to U.S. and European military and intelligence officials is Russia’s ongoing influence campaign — part of what Scaparrotti describes as Moscow’s “whole of society approach” that can soften up potential targets well in advance of any use of force.

“It can really undermine a nation because all they have to do is sow some confusion,” he said. “It’s subtle but it’s constant.”

Every aspect of Europe

The commander of U.S. forces in Europe also expressed concern that Washington may not be doing enough to counter Russia, questioning whether there is “an effective unification across the interagency, with the energy and the focus that we could attain,” despite reinforcing the military’s cyber operations across Europe.

“They’re involved in just about every aspect of Europe in one way or the other,” Scaparrotti said, pointing to the Balkans, and Serbia, in southeastern Europe, as a particular area of concern.

“Russia’s at work in the Balkans, and I think we’ve kind of taken our eye off of the area,” he warned. “I’ve seen an increase in the year and a half I’ve been on the job.”

Russia, which has religious and historical ties to Serbia, has long objected to efforts by other Balkan nations to move closer to the West, including NATO’s acceptance of Montenegro as a full member this past June.

For fiscal 2019, the Pentagon is planning to boost spending on those forces to $6.5 billion, an increase of nearly $2 billion.

National Security Correspondent at VOA
Thanks for signing up! Please check your inbox for an email confirming your subscription.
Via VOA
European UnionNATORussiaUnited States
Share
You might also like
Energy