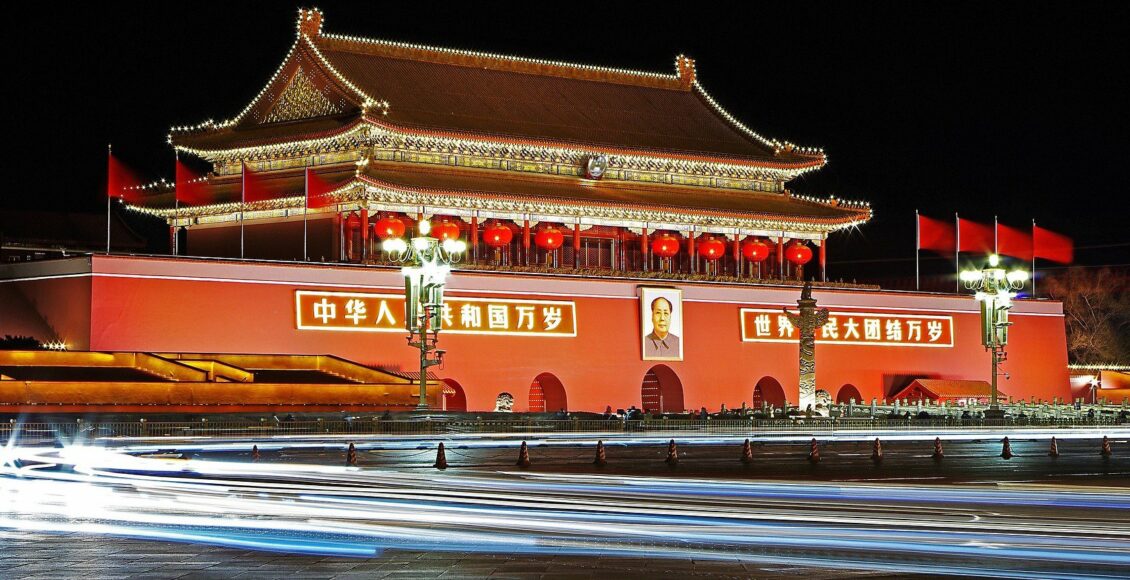 The Chinese Communist Party is likely to maintain its monopoly on power in China for the foreseeable future. However, the party isn’t without its vulnerabilities.

The Chinese Communist Party (CCP) has a firm grip on power in the People’s Republic of China (PRC), there are a number of ethnic, religious, and economically-motivated groups which pose a number of threats to the control that the CCP holds over the politics, people, and territory of the PRC.

The local populations in the western regions of Tibet and Xinjiang have historically sought greater autonomy from Beijing. Many in both regions desire complete independence from China. The Communist Party leadership perceives any separatist sentiments as a threat to internal order and, ultimately, party control over the country.

To combat separatism, the central government has implemented programs designed to assimilate local populations into a dominant “Chinese” national narrative. In Xinjiang, up to a million Muslim Uyghurs (a Turkic-ethnic group largely concentrated in the restive western region) have been reportedly interned in “reeducation” labor camps. Those who have managed to avoid the internment camps are subjected to near-totalitarian levels of surveillance and security measures.

On the economic front, a multitude of issues could pose major threats to the Communist Party’s power monopoly. Any significant economic disruption or slowdown could reduce public confidence in the party and potentially lead to political destabilization.

Ensuring sustainable economic growth is key to the Communist Party’s hold on power. Now that CCP Chairman Xi Jinping has consolidated power and begun his second term, China’s debt-laden economy will continue to undergo substantial reform in order to ensure the state’s control over economic activities.

The Communist Party is taking steps to mitigate the risk of social unrest in the event of an economic downturn.

When it comes to economic threats to the Communist Party, the next several years—or even decades—will be critical in sustaining party control and legitimacy. The government has elevated the status of Xi Jinping, in both the party and the state, to a level not seen since the days of Mao Zedong.

Xi’s purported anti-corruption drive will persist, if not escalate, and Xi’s economic policies, which have resulted in millions losing their jobs, will proceed as well. The anti-corruption drive has been a vehicle to rid the party’s upper-echelons of any challengers to Xi’s authority. Xi’s economic reforms stand in contrast to the policies pursued by his more market-oriented predecessors, as Xi strives to ensure state-dominance over China’s economic affairs.

Both Chinese state-owned and private companies are laden with increasing levels of debt, and a number of firms are failing as a result. If discontent were to persist, the growing number of unemployed could present a threat to the party. However, the government has offered urban unemployed job opportunities in rural infrastructure development, tourism, and education in China’s eastern provinces.

Programs such as these offer urban-dwelling unemployed wages they would otherwise be unable to earn. They also serve the dual-purpose of dispersing highly-concentrated urban populations to rural provinces, reducing the likelihood of large-scale societal unrest in the event of a sharp economic downturn.

In a similar vein, the central government has offered economic incentives to members of the majority Han ethnic group to establish themselves in both Tibet and Xinjiang. Ostensibly, Beijing argues that it is merely providing opportunities for unemployed or underemployed citizens along China’s densely populated eastern coast.

What’s more likely, however, is that Beijing is counting on significant numbers of Han Chinese relocating to China’s western regions incrementally suppress Tibetan or Uyghur identities. This would effectively reduce the threat of Uyghur or Tibetan separatism as both groups are forcibly assimilated into a national “Chinese” identity.

Beijing is Increasingly Wary of Separatism

Tibet has historically sought complete independence, rather than autonomy from the People’s Republic of China. Having achieved total independence from China after the demise of the Qing dynasty’s rule in Tibet in 1912, the Tibetan people enjoyed sovereignty for approximately 36 years. After the Chinese Civil War, the CCP emerged as the dominant power in Mainland China and subsequently incorporated the region of Tibet into their territorial holdings.

The CCP granted a significant amount of autonomy to Tibet, which was renounced during the failed Tibetan Rebellion of 1959, during which the Tibetan government, including the Dalai Lama, the head of the Tibetan faith, fled to India. It is important to note that the Tibetans did not perceive the Chinese invasion as a threat to the territorial integrity of Tibet, although Tibet had assumed a distinct geographical entity as a nation beginning in the seventh century. The assault was seen more as a threat to their faith. Since this so-called offensive against the Tibetan faith occurred, the CCP has treated the citizens of the Tibetan region much differently than citizens of the rest of the country.

In 2008, violent protests and riots, caused by resentment towards the inequalities that Tibetans experience relative to other parts of China, erupted throughout Tibet. Tibetans were angered by inflation, inadequate education and low access to employment. The riots were mainly ethnically driven, as rioters attacked business owners and pedestrians of the Han and Hui ethnic groups. These actions by the people of Tibet are indicative of a desire for greater independence from the government of the PRC, reveal the fact that Tibet is a significant threat to the CCP’s authority.

Venezuela’s Economic Collapse & the Rise of…

This is because it is an issue of ethnicity and religion, rather than being an issue of government reform or democratization. The desire for equality and with that, independence is something that the CCP cannot reform without weakening itself by sacrificing territory. This issue will continue to plague the Party until Tibet wins full autonomy or is obliterated by the CCP.

There are a significant number of Tibetan exiles living outside the reach and influence of the central government, who can both influence foreign governments to take action against Beijing and provide valuable information and assistance to activists within Tibet. The fact that there are elements outside of the party’s control concerning the issue of Tibet—variables that it cannot predict or control—makes this an even more substantial threat from Beijing’s perspective.

Preventive Oppression and Cultural Cleansing of Muslim Uyghurs in Xinjiang

Beginning in the 1990s, the CCP started to tightening restrictions on religious practices as part of a crackdown on Xinjiang’s Muslims in response to public demonstrations in the 1980s and a violent mass uprising in 1990. Today, Xinjiang has effectively become a totalitarian police state. Residents are subjected to regular security checks, mandatory spyware, and there are reportedly anywhere from several hundred thousand to over a million Uyghurs in “reeducation” or internment camps.

The repression of Islam in Xinjiang has gone so far that the government has mandated that mosques be closed and that clerics submit to supervision by party officials. As Islam is no doubt a large part of the Uyghur population, as part of their spiritual and cultural expression, this is viewed as a highly oppressive act by the central government.

This oppression exists because China’s leadership perceives the practice of religion as a potential threat to the integrity of the atheist state and CCP authority. Likewise, they fear that the free practice of Islam encourages radicalism and separatism among Uyghurs and other Muslims in China.

This fear of radicalism has encouraged both the Party and government to go so far as charging individuals who try to practice Islam peacefully of ‘separatism,’ and it persecutes religious leaders and Muslim opposition figures linking them to terrorism.

Beijing has implemented a number of programs designed to systematically assimilate members of non-Han ethnic groups such as Uyghurs. Education policies in the region are designed around integrating youths of Uyghur and non-Han ethnicities into Chinese society through means such as Mandarin language instruction, while discouraging or prohibiting the use of the native languages of these ethnic groups.

While it can be said that the central government’s fear of dissent by the population of Xinjiang has motivated their policies of religious intolerance and discouragement of native languages, these policies are most likely encourage anti-social activities on the part of the Uyghur populace. The statement that the ruling party enacts more oppressive policies when it feels threatened reigns very true in this instance.

As the elite of the CCP reacts to its fears of separatists in Xinjiang, it only encourages more resentment from the people it fears. In 2009, a small percentage of the Uyghur population of Xinjiang reacted to the oppressive policies of the CCP, attacking members of the Han ethnic group in Xinjiang, and encouraging protests in cities as far away as Beijing.

While the CCP realizes the legitimacy of this threat, CCP policymakers will likely find it difficult to address the long-term separatist risks as long as Uyghurs and other minorities in Xinjiang perceive the PRC policy in Xinjiang as unjust and oppressive.

China perceives its actions in Xinjiang as both a means of population management and as a national security strategy.

The same goes for the population of Tibet. Oppressive policies and omnipresent surveillance creates a sense of inequality for residents. The separatist sentiments that exists in both Xinjiang and Tibet will only grow larger as Beijing attempts to oppress the population through harsher means.

While the government’s repressive tactics are well-documented in both Tibet and Xinjiang, Beijing has stepped up its use of “soft-power” in both regions. Alongside the discouragement of the use of local languages in favor of Mandarin in schools, Beijing has encouraged Tibetans and Uyghur students and young people with education opportunities, offering them disproportionate acceptance rates to state universities, similar to Affirmative Action programs in the United States.

Dissimilar to the programs in the United States, China’s were conceived to assimilate a potentially separatist population into a constructed national culture, rather than to correct a historical discrimination and injustice. In short, China perceives its version of “affirmative action” as both a means of population management and as a national security strategy.