How Likely is a Civil War in Venezuela? 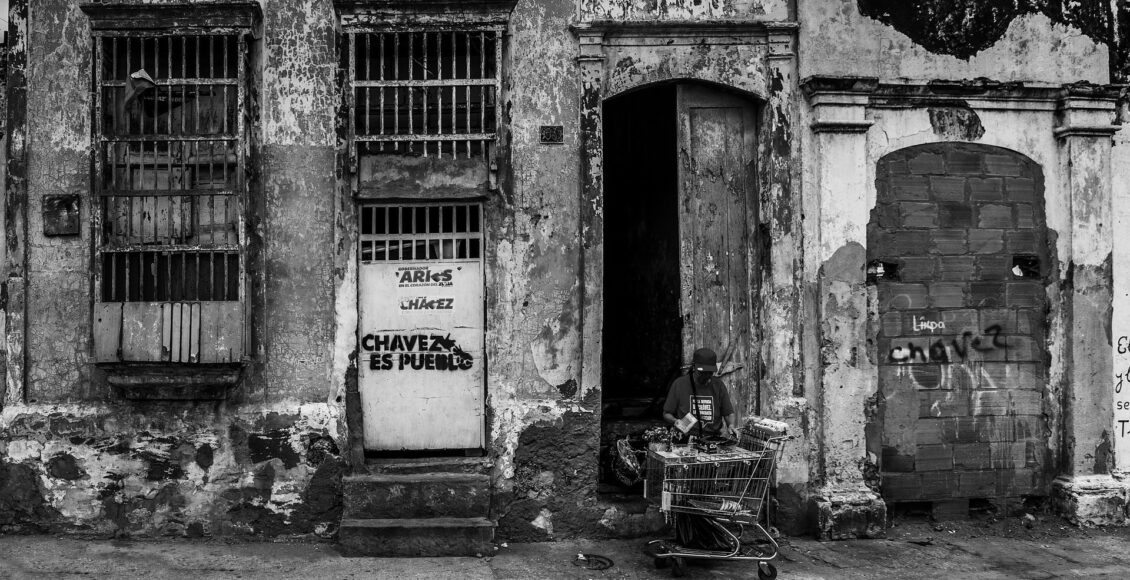 The worst-case scenario for Venezuela: Prolonged economic crisis and food shortages, coupled with rapidly escalating violence and unchecked arms proliferation could lead to a civil war

If there isn’t any meaningful resolution of the crisis or an abatement of public anger, Dr. Jennifer McCoy, Distinguished University Professor of Political Science at Georgia State University, says a significant escalation in tensions and armed conflict is possible, from what is currently mainly peaceful protests with low levels of violence.

Harsh repression has been widely propagated by the government or by government-armed militias and gangs. However, the risk of escalation increases due to the large number of young Venezuelans that are coming out and setting up barricades in the streets, mainly in the evenings after protests have ended, and engage in fights with police, the National Guard, and the government-armed gangs.

Dr. McCoy notes that the youths coming out in opposition aren’t using firearms. Rather, they’re using Molotov cocktails, sticks, and are setting fires in the streets. The danger here is if this low-level of violence escalates and spirals out of control with increasing levels of chaos and violence between civilian protesters, the political opposition, government-armed militias and street gangs, and government police and military forces.

Is Venezuela the Next Syria?

In some ways, it is possible Venezuela’s situation could escalate to the level currently observed in the Syrian civil war. That would be the absolute worst-case scenario, according to Dr. McCoy, with some key differences. Both crises arose from food and resource shortages, but ethnic and religious factions—like those engaged in the Syrian civil war—don’t exist in Venezuela.

In Syria, the military has supported Assad partly because of the ethnic and religious alignments in the region and—to some degree—the belief that the armed forces best chances of survival lay with Assad. In Venezuela, the socialist Chavez movement arose from the military. It was when it incorporated some civilian leftist intellectuals that it became a hybrid civic-military coalition movement.

The Venezuelan military, however, has a long professional history, and members of the armed forces have been very reluctant to fire on their citizens, and have been pushing for the military to maintain the legitimacy and professionalism of the institution of the armed forces. Still unclear, however, is the degree to which the military has been politicized in Venezuela.

Since Chavez and his supporters came to power 15 years ago, they’ve made political promotions within the military, but it is unclear how far lower-ranking troops, who are also suffering from low salaries and food and medicine shortages, will support their superiors if they are called on to repress their fellow citizens.

Regional Geopolitics and the Venezuelan Crisis

Geopolitically speaking, the situation in Venezuela is much different than the conflict in Syria. Venezuela’s neighbors are democratic. The Maduro government is also very conscious of legitimacy; it doesn’t want to be seen as an authoritarian regime—and a military takeover would carry the stigma associated with an authoritarian ruler. In this day and age, military coups aren’t as accepted in the Western hemisphere.

While the worst case scenario is Venezuela devolving into civil war, Dr. McCoy believes that point is still some ways off. Venezuela’s democratic neighbors—Columbia, or Brazil, for instance—would likely exert tremendous pressure on the government and security services in Venezuela to negotiate an end to hostilities before it escalates into a full-blown civil war.

If the worst is to occur, with continued failures of the state to govern effectively, if the country enters a state of general lawlessness, then there will be repercussions for the entire hemisphere, as well as Europe, Dr. McCoy says. While Venezuela doesn’t produce drugs, it’s a major transport hub for drugs going to Europe and even to Africa before making their way to Europe.

Drug trafficking increases under lawlessness, as we saw in Honduras after 2009. There was a coup, and for a while, the country was run by a very weak government, and lawlessness increased dramatically. Now, Honduras has one of the highest homicide rates in the world. Countries like the United States are seeing a significant increase in the number of people arriving from countries like Honduras that are plagued with violence. An actual collapse of the state in Venezuela would likely mean large numbers of economic migrants and refugees fleeing the violence.

If the security situation in Venezuela worsens, the Colombian border would be the main point where people would cross. Internally, Colombia is just starting to get its peace agreement in place, so further destabilization in Venezuela could have significant ramifications for Colombia.