India Agrees to Buy Russian S-400 Air Defense System: What Does it Signify? 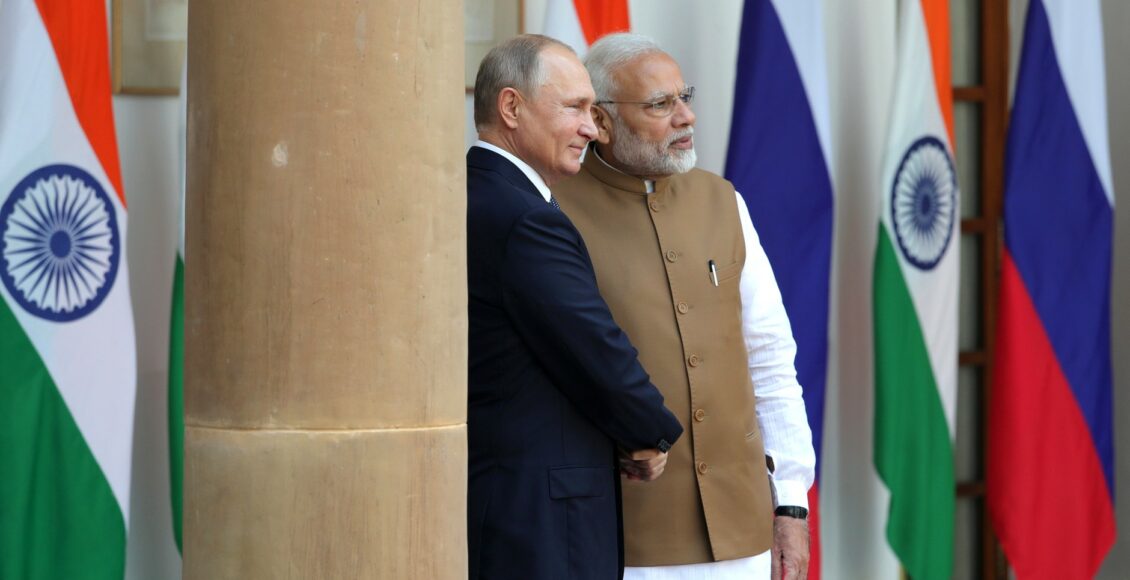 Following the India-Russia summit in Sochi this past summer, a pivotal Eurasian arms agreement is emerging that is creating an opportunity to weaken the relationship between India and the United States. 23 bilateral agreements are being finalized in which Russia will sell India $5 billion-worth of Russian-made S-400 air defense systems. The S-400 air defense systems have a range of up to 250 miles, and are capable of stealth aircraft detection.

India is an important partner of the U.S and the S-400 is a major arms export for Russia. As a result, President Trump responded to the summit and subsequent arms deal by threatening possible sanctions on India. These would be added to the sanctions India potentially faces for purchasing oil from Iran. The monumental India-Russia arms deal sends multiple signals to the international community by both countries.

First, Russia has played an increasingly larger role in challenging U.S. dominance in global geopolitics. Russia conducting arms sales with a country in which the U.S. maintains good relations signals further challenging to the dominance of the U.S. there. As India has an important relationship with both the U.S. and Russia, signing a $5 billion arms agreement with Russia may perceived as India’s increased reliance on Russia rather than the United States. This is significant because, despite deteriorating relations between Russia and India in recent years, the S-400 sale indicates both sides are opting to strengthen bilateral ties.

Second, the Russia-India arms deal represents increased tensions along the China-Indian borders. China and India had a standoff along their border during the summer of 2017. By the end of August, the Chinese government warned India to withdraw troops from the Doklam border. A few days later, both agreed to withdraw troops from the Himalayan border.

In June 2018, Chinese envoy to India, Luo Zhaohui said that the two countries could not handle another border dispute: “We need to control, manage, narrow differences through expanding cooperation. The boundary question was left over by history. We need to find a mutually acceptable solution through Special Representatives’ Meeting while adopting confidence-building measures.” India purchasing an air defense systems of this magnitude can be interpreted as an attempt to deter China from further border clashes.

Lastly, the purchase of Russian air defense systems creates the opportunity for a shift in India’s security dilemma. It directly represents an increase in India’s preparation and willingness to defend itself – and the perceived need to do so. This is a reaction to the fact that China has a similar S-400 defense system which it bought from Russia in 2015. The first shipment of Russian S-400s arrived in China this May. Consequently last month, Chinese President Xi Jinping remarked on the relationship between China and Russia: “We have unique geographic benefits. China and Russia are the biggest neighbors, we have solid political ties … Chinese and Russian relationships are at an all time high level.”

As a response to the increased China-Russia partnership, India has also turned to Russia. On October 4, India Prime Minister Narendra Modi welcomed Russian President Putin to India. During a joint press meeting, Prime Minister Modi explained: “India gives top priority to its relations with Russia. Changing the fast, our relationships in this world have become more relevant.”

The Indian purchase from Russia sends many indicators to the international community. India is clearly and deliberately increasing its air defense capabilities to deter China, protect itself, and retain its ties with Russia. The international community—and the United States as a global power—should respond to India’s clear military buildup and the increased India-Russian partnership. This must be done before signals are misread and a dangerous shift in geopolitics occurs. American sanctions on India may not result in desired effects.

Strengthened relations between India and Russia could weaken ties between the United States and India. To counter Russia’s influence in Southeast Asia, the U.S. must move quickly to strengthen and solidify the U.S.-India partnership. To do so, the U.S. should host Prime Minister Modi to reinforce the American-Indian partnership and avoid inadvertently pushing New Delhi closer to Moscow.

Ilyssa Tuttelman is pursuing a M.A. in International Affairs at the George Washington University's Elliott School of International Affairs. She graduated from the University of Florida in 2017. Ilyssa tweets at @IlyssaTuttelman
Thanks for signing up! Please check your inbox for an email confirming your subscription.
ChinaDoklamIndiaRussiaUnited States
Share
You might also like
Energy