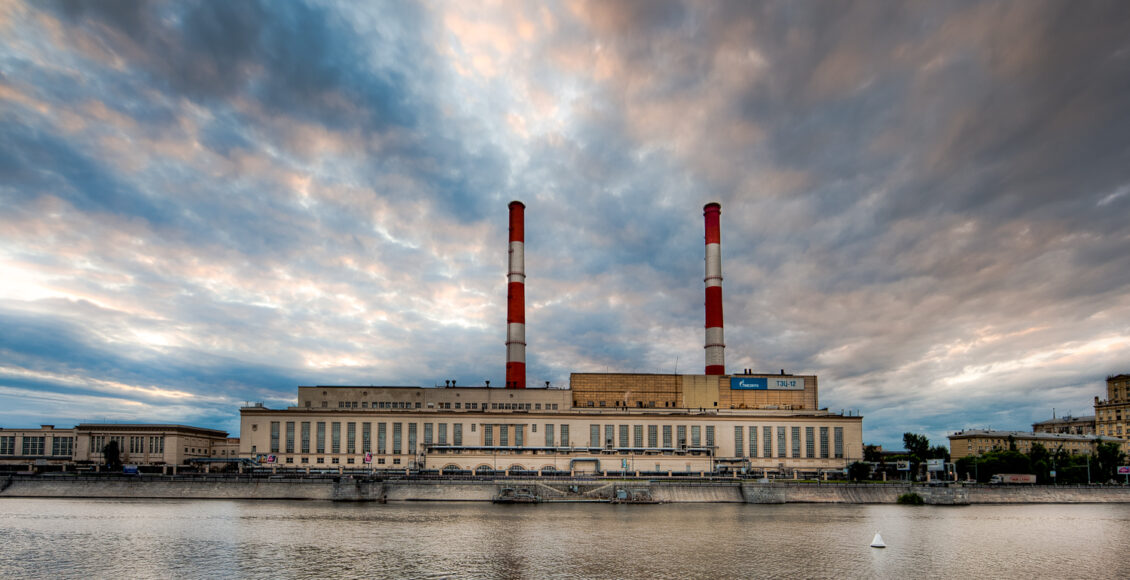 The 2016 presidential election was historic not just for the outcome, but for the circumstances that contributed to that outcome, most notably Russian efforts to mislead the American public using fake news articles, fake Facebook accounts and fake Twitter accounts to disseminate all manner of misinformation.

It looks like Russia may be at it again — this time with a different target in mind. Russia is now using some of the same tools and tactics to spur opposition to hydraulic fracturing, or “fracking,” a controversial technology used in the production of natural gas.

Russia has run anti-fracking stories on its state-funded news outlet and possibly has purchased anti-fracking online ads. Russia’s efforts have earned the attention of Texas Republican Lamar Smith, who found it necessary to launch a probe into the matter, even though he dismissed Russia’s influence on last year’s election.

Here’s why Russia, a natural-gas superpower, is spreading anti-fracking messages, and why Smith, who has largely kept mum on Russia, wants to investigate.

Fracking allowed the United States to overtake Russia as the world’s largest producer of natural gas.

Russia enjoys the largest reserves of natural gas, and for years it reigned as the world’s top producer. That was until the U.S. natural gas boom. In 2005, natural gas production took off in the United States, thanks to improvements in hydraulic fracturing and horizontal drilling that allowed producers to access previously inaccessible stores of shale gas at low cost. Gas output surged and prices fell. Over the next few years, gas overtook coal as the largest source of electricity in the country, and the United States surpassed Russia as the world’s most prolific producer of natural gas.

Russia still ranks as the world’s top gas exporter, supplying around one-third of the gas consumed by the European Union. The United States lags behind in exports, trading largely with Mexico and Canada. Because gas must be conveyed by pipeline, both the United States and Russia do most of their business with neighboring countries. Until recently, there was little risk of a turf war.

Now, however, the United States is trying to break into the European market by upping exports of liquefied natural gas (LNG), which can be shipped overseas. European countries would certainly welcome another supplier of natural gas, given their history with Russia, which cut exports to Europe amid a 2008 dispute with Ukraine. In a speech given in Europe earlier this year, Trump said, “The United States will never use energy to coerce your nations, and we cannot allow others to do so.”

For now, the United States doesn’t pose a serious threat to Russian dominance in Europe, and it faces several hurdles to becoming a real competitor. It is costly to both cool natural gas to the point where it becomes a liquid and to heat it back up again. And liquefaction facilities are sparse on both sides of the Atlantic. Russia could always cut prices to ward off overseas competitors.

That doesn’t mean Russia is happy to sit back while U.S. producers gain a toehold in Europe. Russia’s economy is dependent on fossil fuel exports. So, in an effort to undercut U.S. producers, Russia has sought to raise concerns about hydraulic fracking, the technology that made American gas so cheap.

Russia is pursuing an anti-fracking campaign in an effort to undercut U.S. gas production.

There are plenty of reasons to oppose hydraulic fracturing. The chemicals used in fracking have been linked to infertility, miscarriage and birth defects. Fracking also has been shown to cause earthquakes. And drilling sites leak methane, a potent heat-trapping gas that contributes to climate change.

Russia has pursued a multi-pronged campaign to draw attention to these risks to stir public opposition to fracking within the United States. RT, Russia’s state-funded news agency, has published articles and aired TV segments that question the safety of fracking. In a report on Russian interference in the 2016 presidential election, U.S. intelligence officials said RT’s anti-fracking programming likely reflects “the Russian Government’s concern about the impact of fracking and U.S. natural gas production on the global energy market.”

The House Science and Technology Committee is now investigating whether Russian entities bought anti-fracking ads on Facebook, Twitter, and Google. In letters to the CEOs of those companies, chairman Lamar Smith wrote that the committee is concerned that anti-fracking ads “have negatively affected certain energy sectors,” including natural gas.

In recent months, Smith suggested that Russia is bankrolling U.S. anti-fracking campaigns and called on Treasury Secretary Steven Mnuchin to investigate possible ties between environmental groups and the Kremlin. Although, there is little evidence to suggest this is the case.

Russia doesn’t care about the environment. Its goal is to undermine the United States.

Russia isn’t concerned about the environmental impact of fracking. It recently issued tax breaks to incentivize fracking. It isn’t concerned about climate change either. Russian president Vladimir Putin is notoriously skeptical of the carbon crisis. He has said that rising temperatures “wouldn’t be so bad for a northern country like Russia.” In its pledge under the Paris Agreement, Russia gave itself room to increase emissions between now and 2030. The goal of its anti-fracking campaign is to undermine the United States.

This, notably, was also its goal in the 2016 presidential election. Intelligence officials say that Russia deliberately attempted to influence the election, having “a clear preference for President-elect Trump.” Russia infiltrated the Democratic National Committee, hacked into voter databases, and shared anti-Clinton messages on Facebook and Twitter. Experts say that Putin is determined to destabilize Western democracies.

Smith, who is working hard to expose Russia’s anti-fracking efforts, told the Texas Standard that he doesn’t believe Russia’s efforts to influence the outcome of the 2016 presidential election had any tangible effect. “I’ve heard the accusations. I’ve heard the assertions. I haven’t seen any hard evidence,” he said. 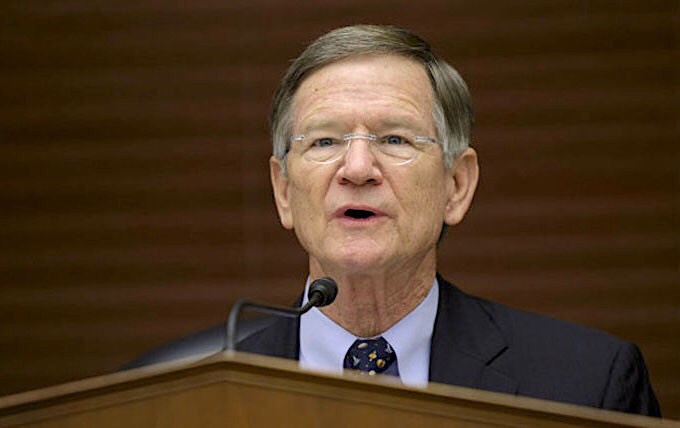 Smith’s dismissal of Russia’s role in the elections suggests a willingness to discount the meddling of a foreign power when it’s politically convenient. Last year, Putin supported Donald Trump, Smith’s preferred candidate. (The Texas Republican said he was the “first member of Congress to contribute to Donald Trump.”) Now that Russia is going after the oil and gas industry, a major donor to Smith’s campaign committee, the Texas Republican is taking a decidedly different stance.

Lawmakers have a duty to protect the sovereignty of the United States, both by warding off foreign interference in policymaking and by guarding the integrity of elections. Smith holds a more cynical view, dismissing Russian meddling on behalf of Donald Trump, and then lambasting Russia when its activities threaten his biggest donor.

Thanks for signing up! Please check your inbox for an email confirming your subscription.
Via Nexus Media News
European UnionRussiaUkraineUnited States
Share
You might also like
Defense & Security