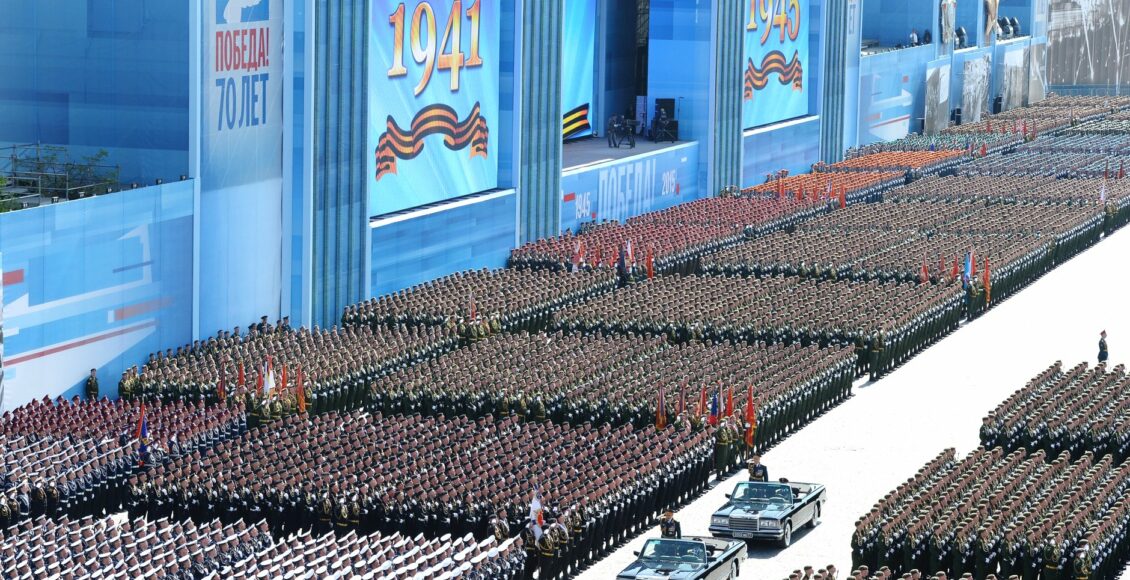 Destiny calls upon Russia once more to face the West – or so Russians might believe.

America is not alone in projecting itself as an exceptional power and vital force for good in the world. Russia makes the same claim. That sentiment is built upon centuries of defeating invaders, as I explore in “Russia: The Story of War.” And it plays a crucial role in how Russia sees itself in its increasingly tense relationship with NATO and the West.

The birth of Russian exceptionalism

For Russia, its triumph over Nazi Germany in the Second World War is a pillar of national identity. Outsiders don’t often realize that Russians’ belief in their special role in saving civilization from history’s villains predates the war.

In 1812, Napoleon, a tyrant bent on world domination, invaded Russia only to see his army destroyed. It was a tremendous victory and propelled Russia to lead a coalition of allies to liberate Europe from his grip. That campaign ended in 1814 with their occupation of Paris. While Napoleon’s final defeat came at Waterloo in 1815, Russians insisted that they had inflicted the mortal wound.

After the Napoleonic Wars, a volcano of patriotism erupted across Russian society. At its center was the widely shared belief that Russia had saved Europe. Moreover, no other country on its own had repelled an invasion by Napoleon or crushed his army, which had once seemed invincible. Commonly disparaged by Western Europeans as savages or barbarians, Russians could now turn their reputation on its head. As Denis Davidov, a flamboyant leader of partisans declared: “At last, with head lifted proudly, one can say: ‘I am a Russian.’”

Such pride caused many writers and intellectuals in the 19th century to look deeper into history for more evidence of this exceptionalism.

That search led back to the 13th century when the Mongols invaded Europe. Known as “God’s scourge,” their forces advanced no farther than Eastern Europe, allowing Russians centuries later to claim that they had shed their blood to protect the rest of Europe from this dire threat.

Intellectuals advanced subsequent invasions to bolster the argument of exceptionalism. In the 16th century, the Crimean Tatars rode north, leaving Moscow in ashes. In the 17th, the Poles did the same while also deposing the tsar and murdering the head of the Russian Church. In the 18th, the Swedes invaded only to be defeated by Peter the Great.

With Napoleon’s invasion in the 19th, belief in Russia’s indispensable role was secure, and it enjoyed stable currency across the political spectrum. From Fyodor Dostoevsky, an arch-conservative, to Lenin’s idol, the radical revolutionary Nicholai Chernyshevsky – all awarded their nation pedigree status for serving as a shield to defend civilization.

The military, to no surprise, took this idea as an article of faith. At century’s end the head of Russia’s equivalent of West Point, General Nikolai Sukhotin, embraced it as “the key to understanding the special nature of Russia’s experience of war” – something to which, he also added, no other Western nation could lay claim.

Hitler’s attack in the next century – the most significant threat Russia has faced – has cemented its myth of exceptionalism. Just as no country has done what Russia has done to protect others from aggressors, so runs the belief, no other nation has itself also been such a frequent target of aggression.

More than anything else, Russia’s experience of war has profoundly shaped its worldview and self-image. That legacy also feeds a national narrative, one nurtured over centuries, not just of epic proportion but of grand persuasion that can serve multiple purposes.

First, and perhaps foremost, it can be invoked whenever Russia is painted as an aggressor. It ensures a presumption of innocence and just cause, no matter the action taken. It even allows for a defensive gloss to burnish Russia’s campaigns of conquest that, by the end of the 19th century, made it the largest contiguous empire, encompassing one-sixth of the world’s landmass.

Defensive expansionism, for example, can be invoked to explain Russia’s annexation of Crimea – both times. The first instance was at the end of the 18th century in order to eliminate the threat posed by the Crimean Tatars who for centuries had raided Russia in pursuit of its most lucrative resource: Russians themselves bound for the slave markets of the Middle East. The second time, of course, was in 2014 when Russia argued it was protecting Russians on the peninsula from an ostensibly hostile Ukrainian government.

Second, it helps underwrite Russia’s suspicion of others that is often decried as overly paranoid or pathological. Here, too, one can go back to the Mongols. When they invaded, how did Russia’s western neighbors respond? By attacking Russia as well.

Also driving this suspicion of the West, besides the sheer number of invasions, is that the invaders have often been coalitions of nations, as if engaged in a collective conspiracy against Russia. Napoleon’s army included, among others, Poles, Italians and Germans, whereas Hungarians, Romanians and others joined Hitler’s ranks. In this reasoning, this is why NATO – especially after its expansion right up to Russia’s border – can be seen through the lens of deja vu, as if Europe once more is ganging up on Russia. Not for nothing do state-sponsored advertisements replay a joke favored by Tsar Alexander III in the late 19th century – but no longer in jest. He would ask, “How many allies does Russia have?” Two, s the punch line: its Army and its Navy.

Third, calling on this legacy plays into the Kremlin’s drive to centralize power. And in the hyper-patriotic climate it has caused, political opposition can be tagged as treason, and foreign entities on Russian soil easily rebranded as foreign agents.

In fact, the legitimacy of the office of president is inseparable from the aura of war. It is no coincidence that inauguration day is May 7, thus pairing it with May 9, VE Day, and the massive celebrations marking the end of World War II. To add effect, the presidential honor guard wears uniforms recalling the Napoleonic age. What else but the backdrop of Russia’s two greatest triumphs to cement the authority of the state with the sacrifices of the people?

Here we see the true function of this civic religion: showcasing a sense of exceptionalism that unites Russians behind an all-powerful center and unifies their turbulent and bloody thousand-year history along with a single continuum as the perpetual victim of foreign aggression. This mythic narrative is high-octane fuel for the engine of Russian nationalism, and today is pumped through all venues of culture and society. And precisely because of its deep roots extending back centuries, it enjoys widespread domestic support.

Nothing but war teaches Russians better that, while at the center of world-shaking events, they are on the side of the good and always come out on top. Nothing raises the ideological scaffolding higher than seeking to make Russia great again following the breakup of the Soviet Union.

“We are history’s makers,” the popular historian Vladimir Medinsky declared shortly before becoming minister of culture. And in this telling, Russians certainly are.

Professor of Russian Studies at Tufts University
Thanks for signing up! Please check your inbox for an email confirming your subscription.
Via The Conversation
CrimeaNATORussiaUkraineUnited States
Share
You might also like
Defense & Security