COVID-19 Will Accelerate Consolidation of Great Power Spheres of Influence 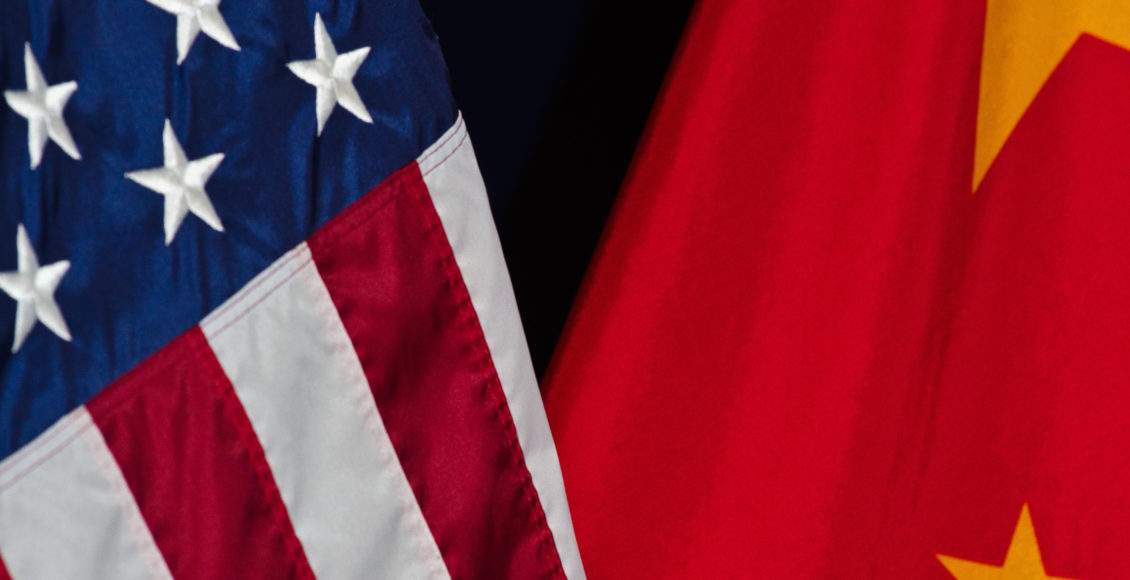 With the fall of the Soviet Union, the entire world fell within a de-facto American sphere of influence. With the absence of a significant rival to challenge its vision of world order, the U.S. was left as the overarching economic, military, and technological hegemon, with the ability to shape the world as it saw fit.

Liberal internationalism was pursued without restraint by U.S policymakers seeking to fundamentally change the system of international relations. The U.S. tried to conform states to models of peace, freedom, cooperation, and prosperity. Today, however, the COVID-19 pandemic has increased the possibility of multiple spheres of influence, while accelerating the trend of great power competition.

The theory of liberal internationalism consists of three primary components: Commercial liberalism, republican liberalism, and regulatory liberalism. In practice, commercial liberalism became the most dominant component of the project, which produced a globalized economic order creating incentives for nations all across the world. Free trade was seen as a means to unite and conform states to liberal principles by disconnecting their political interests from the nation-state philosophy. However, today the circumstances have drastically changed.

Numerous factors have played supporting roles in changing the tide against the United States’ favor, one of them being the 2008 global financial crisis. Since then, major actors like the EU, China, and Russia began to re-evaluate U.S. economic hegemony. Many of these powers over the years have desired to break free of the U.S denominated dollar system; however, this is easier said than done. It also exhibited that globalization made the international economic order more vulnerable to the financial crisis. Moreover, it illustrated that commercial liberalism was not an adequate solution to maintain a degree of global unity, and that mere free trade incentives are not sufficient to transcend the nation-state philosophy.

In recent years, states have grown dissatisfied with trade rules and regulations that have restrained their pursuit of independent macroeconomic policies. Since the U.S. dollar denominates the worldwide currency, the U.S. government can effectively freeze any international payment which flows through SWIFT (Society for Worldwide Interbank Financial Telecommunication).  The U.S. Dollar provides Washington with the ability to enact crippling unilateral sanctions. Combined with America’s technological and internet control, the dollar has provided the U.S. with unprecedented power to utilize global surveillance to control and strangle all asset flows that are denominated in dollars.

On the multilateral front, instead of liberalizing, U.S.-dominated institutions like the IMF and the World Bank have brought more control and restrictions on foreign economies—particularly in poorer states.  In reality, the application of international economic liberalism has failed to benefit everyone; instead, it has created global inequality between countries and the people within those states.
Why did the liberal internationalist project fail? First, the U.S only emphasized commercial liberalism to lure countries and conform them to the models of the liberal world order- through its international economy. It turns out that more than money is required to conform a state to liberal principles. China was lured in only for the benefit of its own trade interests, not by the principles of the liberal world order.  Thus, over the years, China’s persistent illiberal, authoritarian behavior has continued to frustrate America.

Second, free trade didn’t exist for most of human history. States typically always maintained protectionist economies to protect their infant industries. Germany and the United States practiced protectionism when Britain and France were the chief upholders of free trade during the nineteenth century. For most of the 1930s and the Cold War, many states—including those in Europe—implemented policies of economic nationalism to develop their industrial strength and capacity. Only after the fall of the Soviet Union did the United States hold sufficient power and legitimacy to maintain a global free trade economic order. However, due to the power shifts from the West to the East, it is no longer feasible for the U.S to sustain global free trade, nor does the Trump administration plan on doing so.

Today the security dilemma has started to reappear once more, where China has finished “hiding and abiding”, and is catching up with the United States. Now Beijing is further revealing and revitalizing its military strength to pursue its future regional ambitions- even though it still has not been able to match the U.S military power yet. Moreover, China has become the number one trading partner of all countries within the Asian pacific- including U.S allies. Furthermore, China is trying to establish 5G and AI supremacy to narrow the gap between China and America on the battlefield. In reality, the U.S.-China trade war is a battle for 5G supremacy, and the winner will likely hold a significant advantage over the other.

The current dynamic between the United States and China resembles that of nineteenth-century Britain and Germany. While Britain was practicing free trade, a rising Germany was utilizing protectionism to enhance its economic, technological, and military power. During the 1870s, the wealth ratio between Britain and Germany was 3:1—by the early 1900s, the ratio between the two powers reached 1:1.

In recent years Russia has also increased its military strength. While modern Russia possesses nowhere near the military power of the Soviet Union, it has come a long way. After the corruption of the Yeltsin-era, the economic catastrophe of the 1990s, and decades of NATO expansion, Putin has managed to carve out a sphere of influence in the Middle East, Central Asia, and parts of Eastern Europe. He has been able to revitalize Russia’s military power to a point where it has become once again a worthy rival of the United States. That being said, Russian economic strength has faltered, primarily due to a lack of diversification from oil and gas revenues, but also due to U.S. and EU sanctions.

Furthermore, Russia’s 2014 annexation of Crimea challenged the U.S.-led liberal order, exposing its reluctance to impose more costs beyond economic sanctions. Russia’s military modernization and application of asymmetric tactics have made it more difficult (although not impossible) for the United States to counter Russia through conventional means. Russia’s actions in Ukraine have proven that Russia is capable of capturing and holding territory in Europe. Moreover, Russia’s standing within its traditional sphere of influence has increased—primarily in the Caucasus, Central Asia, and Crimea. A recent survey found that the majority of Crimeans are “happy” to live under Russian rule. Thus, an increase in the relative power of China and Russia—while still not matching that of the U.S—has caused Washington to be more cautious in calculating risks and re-evaluating its relative strengths and weaknesses.

Today, the rapid spread of COVID-19 has further accelerated global dissatisfaction with globalization, leading to a lack of cooperation and compromise. Consequently, the novel coronavirus has also accelerated the imposition of nationalist economic policies. In the heady days of globalization, many would argue that borders were no longer relevant. However, the current reality begs to differ.

Visions of a globalized economy led by the United States have evaporated. Many states are searching for alternative solutions that align with their interests. Unfortunately for them, the COVID-19 pandemic has further cemented U.S. dominance over the international financial system due to the U.S. dollar’s role as a global reserve currency. As the global economy grows more volatile, the demand for dollars increases as investors seek to safeguard their assets through purchases of U.S. treasury bonds. Regardless of the increasing strength of China and Russia, the United States will remain a formidable power for many years to come. Even as the economic balance has tilted in China’s favor, being the world’s biggest exporter and second-largest importer, the U.S. remains an anchor of the global economy. Forty percent of all global transactions are carried out in dollars, while just two percent of transactions are conducted in Chinese RMB.

Furthermore, U.S.-led international economic institutions are still a driving force in global trade. In contrast, Chinese and European institutions have not been successful in presenting a viable alternative to existing U.S.-led institutions and the dollar. Furthermore, the U.S still possesses an unparalleled naval presence, which provides it with the power to regulate, maintain, and choke any of the global sea-supply chains.

While the U.S. will maintain several advantages over its rivals, despite its diminishing relative power, the COVID-19 pandemic has laid bare the faults of a globalized system. The world will likely return to an order defined by great power spheres of influence, as great power competition returns in earnest. With an acceleration of de-globalization and growing discontent with U.S. hegemony, the U.S. should show restraint in its foreign policy, rather than doubling down on the failed strategies of the past.

Hashim Abid is a political analyst and researcher with a degree in International Relations from the London School of Economics.