Russian Expansionism is a Consequence of Geography 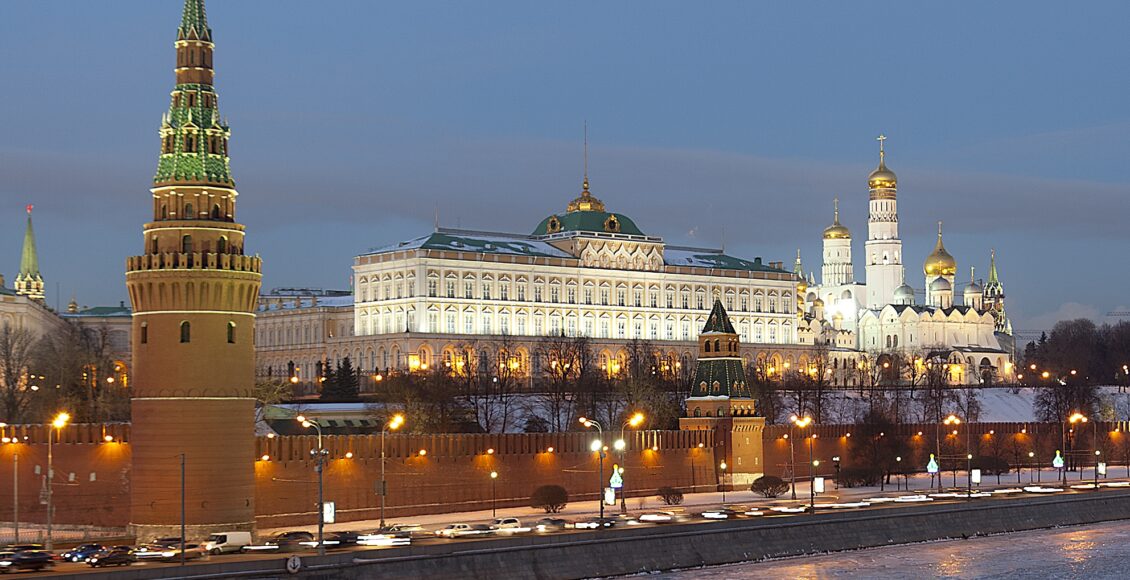 Russia has been threatened by invasions for centuries. The country’s western borders have always been distinctly vulnerable, with no mountain ranges, bodies of water, or other geographical features to serve as natural defenses.

The European landmass that borders western Russia is a large peninsula that lies between the Baltic and North Seas in the north, the Atlantic Ocean in the west, and the Black and Mediterranean Seas in the south.

In contrast to its European neighbors, Russia has few maritime access points. Its few ports are mostly unusable during the winter, and even during warmer months, the Arctic Ocean is far from Russia’s major population centers. Turkish waters to the south, much like Nordic waters to the north, can be easily blocked.

During the Cold War, airbases in the United Kingdom, Norway, Iceland, and Greenland gave NATO air superiority which would, in the event of a conflict, enable the alliance to block Russian access to the Atlantic ocean through the strategic GIUK Gap.

The concept of containing Russian expansion wasn’t limited to the Cold War. During the latter part of the nineteenth century, both France and Britain made concerted efforts to contain Russian activities in the Balkans, the Middle East, and Asia. With limited defensive options available, Russia’s military doctrine has historically been offensive, with the aim of dominating its neighbors to prevent borderlands from being used against it.

Whereas the West views Russia’s fear of invasion as baseless, history has shown otherwise. The view in the Kremlin is that each era brings a fresh existential threat, be it overt or covert, conventional or asymmetric.

Russia’s history and geography have fostered the existence of a highly centralized and autocratic political system, with leaders obsessed with both internal and external security.

After World War II, Moscow saw the encirclement of the Soviet Union by the U.S. and its western allies as a strategic threat. The incorporation of Ukraine, Belarus, and the Baltic states into the Soviet Union, along with the creation of buffer states in Eastern Europe like Poland, Hungary, and Czechoslovakia, bolstered Russia’s feelings of security at the expense of the West’s.

As the Kremlin lost control over territory across Eastern Europe and Central Asia, its sense of security was eliminated entirely. At the end of the twentieth century, Russia’s security buffer had ceased to exist, and its western border was the farthest east it had been since the eighteenth century.

Following the Soviet Union’s collapse, Russian objections left few options when it came to NATO expansion in Eastern Europe. One option was for a robust expansion of NATO, under the logic that Russia would always attempt to dominate its neighbors if not deterred by the threat of military force.

Alternatively, the NATO expansion could be delayed until Russia reneged on its pledges to respect the sovereignty of its neighbors. However, NATO proceeded with its eastward expansion, arguing that it had done so on the premise of avoiding a confrontation with Russia, rather than preparing for a new or expected Russian threat.

After the Czech Republic, Hungary, and Poland joined NATO in March 1999, the alliance commenced a three-month bombing campaign against Serbia, a state with deep historical and cultural ties to Russia.

The campaign demonstrated the efficacy of NATO’s advanced conventional weaponry at a time when Russia was struggling to rebuild itself. Additionally, the concurrent NATO expansion into former Warsaw Pact countries all but ensured that Russian leaders would once again be able to seize upon the tried-and-true narrative that NATO, led by the United States, was an existential threat to Russia.

Russia’s perpetual fear of invasion has always been a significant driver of its foreign policy.

While military conflicts in Moldova, Georgia, and Ukraine have been attributed to aggressive Kremlin efforts to reestablish elements of the Soviet empire, it should be noted that, with the exception of Crimea (which houses the Russian Black Sea Fleet), Russia has not officially annexed any territory belonging to the states in which it has engaged in hybrid conflicts.

The Kremlin’s motives in Ukraine aren’t merely plausible deniability, the annexation of pro-Russian territories would only have the counter-productive effect of encouraging pro-Western forces to escalate their efforts.

Annexation would undermine Russia’s primary goal, which is to prevent countries in what the Kremlin considers to be its sphere of influence from joining NATO, essentially a strategy of reverse-containment.

The alliance typically rejects aspirants with unresolved border disputes, internal territorial conflicts, and insufficient military capabilities to provide for credible national defense. The presence of frozen conflicts in the Georgia, Moldova, and Ukraine effectively blocks them from joining NATO.

Recommendations for Policymakers: Contain and Modernize

During the Cold War, the NATO alliance worked because the United States understand the reality of a Russian sphere of influence with which it had to balance to maintain global stability and security.

In the cases of Georgia and Ukraine, the timing of the Russian interventions coincided with those states’ respective overtures to both NATO and the European Union, entities viewed as inherently hostile to Russia’s interests.

The combined separatist territories, under de-facto Russian control, now form a protective barrier along Russia’s southwestern border. Just as Stalin used the countries of Eastern and Central Europe as a security buffer against the perceived threat of western encirclement, Putin has done the same.

NATO members and partner states can better inform their view of Russian strategy by analyzing the conflicts in Georgia and Ukraine. Russia has employed hybrid warfare in both conflicts to great effect, in the form of conventional cross-border assaults accompanied by a combination of unconventional operations, information operations, cyber tactics, economic coercion, and political influence.

NATO requires a multi-faceted modernization strategy that goes beyond merely padding the frontlines with additional troops and assets. To effectively contain Russia in the twenty-first century, the transatlantic alliance urgently needs looking to modernize its maritime forces, as well as improve non-frontline capabilities such as cyber, information warfare, and missile defense.