Balancing China: The Foundations of an Indo-U.S. Strategic Partnership 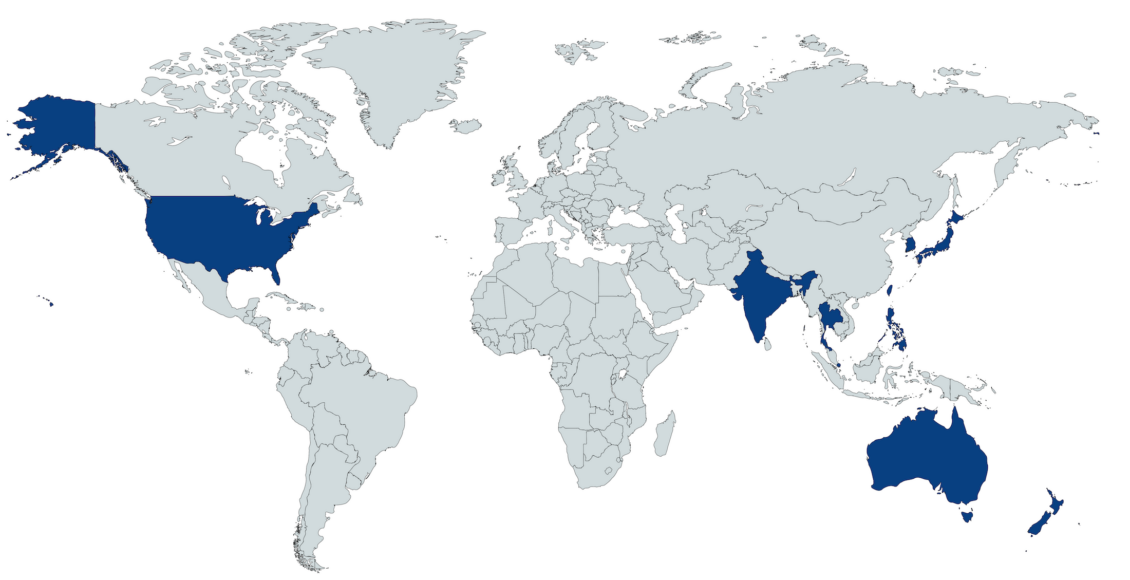 The United States’ alliances give it a competitive edge against China.

China does not engage in alliance structures targeted against third countries. This was to allow for China to retain an independent foreign policy stance while avoiding international entanglements due to its alliances with others.

The collapse of the Cold War system and the rise of China’s economic and military influence have brought this policy under scrutiny as well. Beijing has watched cautiously as NATO has expanded eastward and as the United States has strengthened its military alliances in the Asia-Pacific region.

Beijing’s no-alliance policy leaves China potentially facing these groups alone, something it has neither the military nor the economic strength to effectively counter.

The current semi-alliance structure employed by Beijing is designed to counter its weaknesses while ensuring China isn’t beholden to its partners.

The Shanghai Cooperation Organization, China’s push for strategic bilateral partnerships (even with its ostensible rivals), and increased military and humanitarian disaster drills with other nations are part of this strategy.

In its maritime strategy, Beijing is working with India, Japan and Korea in counter-piracy operations and engaging in more naval exchanges and offers of joint exercises and drills.

Beijing’s strategy, however, is falling short as the United States begins to more openly embrace China as a potential entity to be countered against, and is courting allies and partners like India to play critical functions in bolstering a rules-based order throughout Southeast and East Asia.

China and India have similarly-sized populations, and by 2050 India may overtake China as the world’s largest and most populous economy. China’s one-child policy, exclusionary immigration policies, and population management efforts have wreaked havoc on the country’s demographic profile. China, in the coming decades, will play host to a much older population than other rising or developing powers like India or Vietnam.

Furthermore, an English-speaking democracy like India posits an ideal strategic partner for Washington, as it endeavors to strengthen its foothold in Southeast Asia, particularly as China begins to flex its newly-minted naval muscles around the South China Sea.

India has a competent green-water navy that can be significantly bolstered if provided with training and equipment by the United States. Traditional U.S.-allies like Australia and Japan were regularly participating in multi-lateral war games with the United States and India throughout the Indian Ocean and the South China Sea.

The U.S. strategic plan for the Indo-Pacific.

In a 2017 speech, then-U.S. Secretary of State Rex Tillerson laid out part of the Trump administration’s Asia strategy: re-orienting towards India and applying pressure to China.

The secretary said that the administration is “determined to dramatically deepen” the U.S.-India partnership at diplomatic, economic, and military levels.  Tillerson added, “President Trump and Prime Minister Modi are committed—more than any of our leaders before them—to building an ambitious partnership not only between our two great democracies but other sovereign nations working towards greater peace and stability.”

The secretary’s remarks on relations between the world’s largest democratic states emphasized the concept of an Indo-U.S. strategic partnership as “the eastern and western beacons” for a global, rules-based order that is currently—and increasingly—under strain. China responded with a statement saying it “contributes to and defends the rules-based world order” and seeks to advance international cooperation through the United Nations. It also hopes for a “healthy and sound” China-U.S. relationship.

State Department officials have indicated that this speech was designed to map out a strategy for a U.S.-India alliance or quasi-alliance over the next century. In this model, East Asia’s leading democratic states—namely Australia and Japan—would balance with the United States against China’s growing challenges to and influence over the international rules-based order.

With regards to the impact a re-positioning to India would have on U.S.-China relations, Tillerson stated that the United States continues to seek constructive relations with China, but “won’t shrink” from challenges posed by China when it “subverts the sovereignty of neighboring countries, and disadvantages the United States and our friends.”