With the U.S.-Taliban Deal in place, IS-K seeks to build a reign of terror in Afghanistan

As the Taliban's ideology loses support, a new reign of terror orchestrated by the Islamic State-Khorasan (IS-K) is taking shape in Afghanistan. 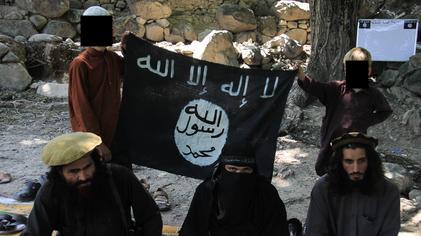 Last Sunday evening, a large prison in eastern Afghanistan was stormed by IS-K militants resulting in dozens of casualties and hundreds of prisoners escaping. The sophisticated attack continued for almost 20 hours leading to the deaths of at least 29 individuals.  The attack began hours before a three-day cease-fire between the Afghan government and the Taliban was set to expire. Though the Taliban denied responsibility for the attack, IS-K soon claimed that the assault was their work.

In order to gain attention and to distinguish itself from the Taliban, IS-K is employing new tactics like targeted killing, as well as complex attacks designed to instill as much fear as they can. Targeted killings has increased in major cities, especially in Kabul. IS-K has been capable of launching heart-wrenching, high-profile complex assults, killing hundreds of people.

Last May, IS-K militants stormed a maternity hospital in Kabul, killing newborn babies, mothers, nurses, and a police officer. On the same day, they targeted a funeral gathering in Nangarhar through a suicide attack, killing dozens of people. Similarly, they conducted a complex attack on a Sikh temple in March, killing 25 worshippers, in a ruthless targeting of the Hazara minority. The group also claimed responsibility for an attack on the U.S. military Bagram airbase in Parwan province.

With the U.S.-Taliban peace agreement, IS-K stands ready to inherit the role of violent spoiler. It poses a serious danger as it attracts fighters from across the region. IS-K, with its global agenda has been able to recruit fighters from more than a dozen countries. Militants from the Middle East under pressure in the Syria war have joined IS-K in Afghanistan. Foreign fighters from India, Iraq, Jordan, Saudi Arabia, and Syria have joined their ranks in Afghanistan. Surprisingly, the suicide attacks on Sikh minorities was attributed to one of their Indian fighters, who hailed from Kerala. Battle hardened, educated, and professional fighters in the thousands are skillful in attracting foot soldiers and brainwashing the poverty-stricken illiterate population of the country.

In addition to ideological propaganda, IS-K has been using coercion, force, intimidation, and empty promises of finances to recruit local fighters. One major challenge for IS-K has been the xenophobic nature of Afghans and hate among local residents regarding their brutal tactics they used from the outset of their operations in the country. Moreover, extortion, taxation, and mineral resources exploitation, which are major sources of revenue for IS-K has also caused concerns among local Afghans.

With their fighters coming from Pakistan, Uzbekistan, Tajikistan, IS-K has the capacity to destabilize Central Asia, once it gets a firm foothold in Afghanistan. This remains one of the major concerns of Russia and Iran who view IS-K as a group driven by Salafi ideology, working to destabilize Central Asia. Most of IS-K fighters come from the middle class and are operative in far flung areas. They have been successful in getting safe havens in the capital, Kabul.

IS-K has been active in nine provinces from Nangarhar and Kunar in the east, Jawzjan, Faryab, and Badakhshan in the north and Ghor in the center west. IS-K is viewed sympathetically by some ethnicities in the north. Key Tajik and Uzbek commanders like Mawlawi Satar and Mawlawi Abdullah Majid have already joined IS-K. Who are actively involved in the recruitment of ethnic Tajik and Uzbek fighters in their ranks. When their regional leader Aslam Farooqi was captured in Kandahar along with 12 Pakistani nationals—including 4 women, a Bangladeshi man, and 2 Russian speaking women—it is believed Farooqi was engaged in an effort to contact groups in the South in order to bring  them to their ranks.

Some security experts believe that IS-K lacks the capability to launch complex attacks on its own. Taliban’s hardline wing, the Haqqani network, is suspected of providing technical assistance to IS-K in conducting complex attacks. IS-K and Haqqani network share a mutual interest—to undermine the Kabul government control and credibility by conducting attacks in major cities. Thus, on one hand, the Taliban takes the blame out of itself while, on the other hand, they portray the weakness of the government, meanwhile, IS-K relevance is served better. Afghan Government calls IS-K as the new face of the Haqqani network.

IS-K is an emerging threat, which represents itself as a replacement of the Taliban. It seeks to establish a Caliphate beginning in South and Central Asia, which will expand as Muslims across the globe join. This will be horrendous not only for U.S. national security interests but can destabilize the whole region. With their recent brutal attacks, IS-K has proved the fact that we are faced with a renewed threat, a new reign of terror, limited but far more complex and violent.