What does Erdoğan want from the Jamal Khashoggi Murder? 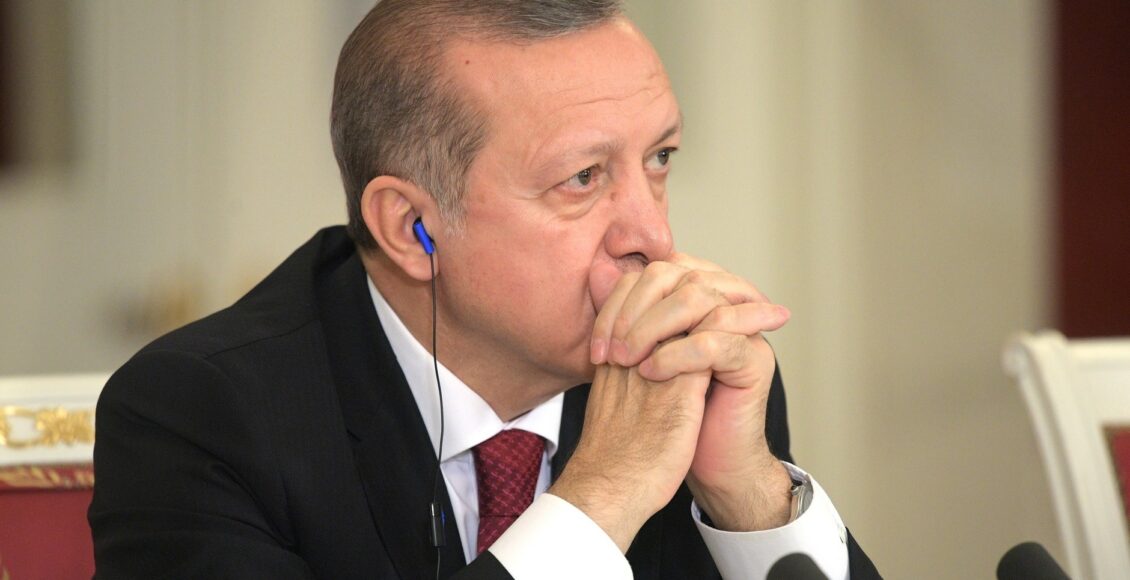 Erdoğan confronted former Israeli Prime Minister Shimon Peres and accused him to his face of murdering children on the beaches of Gaza. He accused the German government of “Nazi actions” when it wouldn’t allow him to campaign for his presidential referendum. He accused the United States of turning a Kurdish militia in Syria into a “terrorist army.”

Thus far, however, Erdoğan’s response to the killing of Jamal Khashoggi been measured and calculated.

What does Erdoğan want?

Erdoğan has three clear objectives: to draw Saudi Arabia away from what he sees as an anti-Turkey, anti-Qatar, anti-Muslim Brotherhood coalition; to create a rift between Saudi Crown Prince Mohammad bin Salman (MBS) and his father King Salman; and to sew divisions between Saudi Arabia and the United States.

When one has control over the release of information, one can control the narrative—and Turkey has all the information.  Saudi Arabia cannot contrive a comprehensive and believable story that might absolve the Saudi leadership, because it knows that the next day Turkey could leak new information that expose its lies. As a result, the cloud of guilt over Saudi Arabia looms larger and larger.

Erdoğan sees Muhammad bin Zayed in the United Arab Emirates, Abdel Fattah el-Sisi in Egypt, and MBS as the embodiment of the anti-Turkey, anti-Qatar, and anti-Muslim Brotherhood coalition—his key opponents.

Saudi tensions with Turkey and Qatar have considerably deteriorated following MBS’ rise, as the result of Turkish and Qatari support for the Arab Spring and the Muslim Brotherhood. Much of the deterioration in relations can be attributed to him personally—the Crown Prince, at one point, even referred to Turkey as part of a “triangle of evil” that includes Iran and Qatar. For Saudi Arabia, the issue of Islamism is a double-edged sword.

As Jamal Khashoggi wrote before his murder, “Saudi Arabia is the mother and father of political Islam and he [MBS] cannot run away from this.” The U.A.E., Saudi Arabia, and Egypt have the potential to be a strong coalition, as long as they remain united. However, without Saudi Arabia they will be unable to shape the region—and their coalition may even collapse.

Erdoğan also aims to create rifts within the Saudi royal family—his primary goal being to divide King Salman and his son the Crown Prince. Muhammad bin Salman has created many enemies among the elites in Saudi society and within the royal family as a result of his reforms and actions as the country’s de-facto ruler. King Salman was pivotal in his son MBS superseding as crown prince the much more accomplished and senior Saudi Prince Mohammad bin Nayef—the preferred candidate of both the United States and Turkey.

In his speech that set out to reveal the “naked truth” of the Jamal Khashoggi killing, Erdoğan spoke of King Salman in a highly respectful tone and called him the “Custodian of the Two Holy Places.” In the same speech, he didn’t even mention the name Mohammad bin Salman.

Finally, Erdoğan wants to create space between Saudi Arabia and the United States.

The Trump administration has invested heavily in its relationship with Saudi Arabia as relations with Turkey have increasingly soured.  Erdoğan wants the U.S. to adopt a Middle East strategy that is more reliant on Turkey and less focused on Saudi Arabia.

When Donald Trump was elected president, MBS called him “the right leader at the right time.” He was one of few world leaders to praise the new American president in such a way. MBS understood that the critical foreign relationship for his survival as Crown Prince is the relationship with the United States— Erdoğan understands this too.

Erdoğan does have an overarching goal: to paint a target on the head of MBS. He wants the U.S., the Royal Family, and even King Salman to view MBS as a liability.

Will Erdoğan get what he wants?

Already, King Salman’s brother and MBS rival, Prince Ahmed bin Abdulaziz, has returned from self-imposed exile in London. Senator Lindsey Graham has called for MBS to go. MBS has praised the strength of the Qatari economy, signaling a potential thaw in relations.

While it is by no means certain, it is no longer impossible to imagine a future of Saudi Arabia without Mohammad bin Salman. The days of highly publicized meetings with Jeff Bezos and Mark Zuckerberg and glowing endorsements from Thomas Friedman are long gone.

If MBS doesn’t go, Saudi Arabia will suffer economically and politically, at least in the short term. MBS is may survive, but his wounds won’t heal any time soon, because the Khashoggi murder is unlikely to go away.  Erdoğan has all the information he needs to keep this story alive.

Brandon Beardsley is a graduate student at the Elliott School of the George Washington University. He specializes in contemporary Islamic political and social movements and worked in the U.S. State Department political section in Saudi Arabia.
Thanks for signing up! Please check your inbox for an email confirming your subscription.
EgyptIranQatarSaudi ArabiaTurkeyUnited Arab EmiratesUnited States
Share
You might also like
Energy