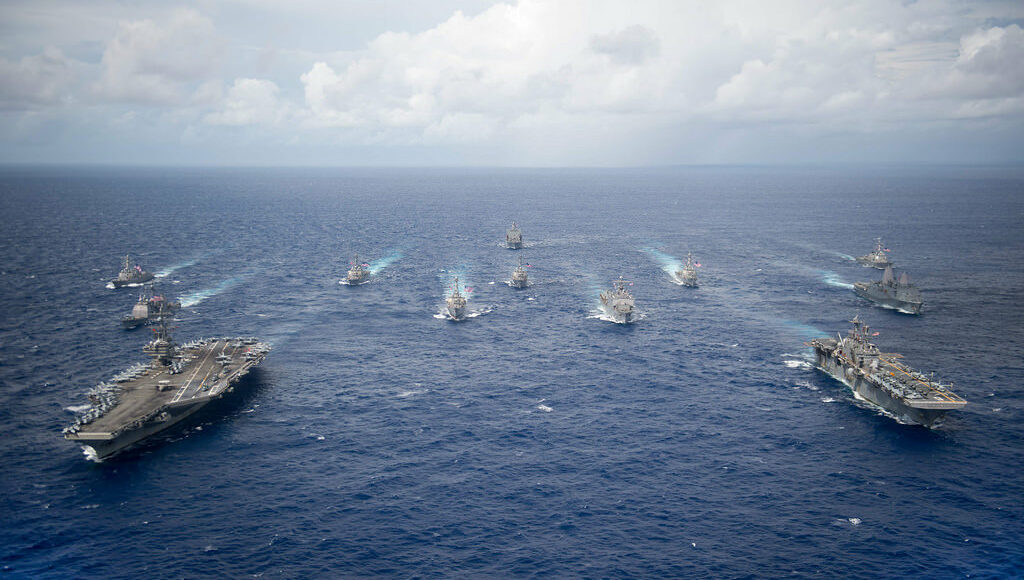 By deploying three carrier strike groups in the region, the U.S. will enhance its force projection capabilities in and around North Korea.

North Korea remains committed to obtaining a credible and effective nuclear deterrent. The closer it gets to its end-goal, there is less time for the United States and its allies to put a stop to Pyongyang’s ambitions.

Based on factors like the capabilities of the U.S. Intelligence Community, the advancement of North Korean missile and nuclear technology, and the degree of risk that Washington and its allies are prepared to tolerate, the U.S. might have already missed its opportunity for preventative military action.

Estimates show that, at most, Washington would have 18 months before the window closing, after which, the United States and its allies would have no choice but to adopt some form of deterrence policy toward North Korea. Most indications that a pre-emptive attack on North Korea by the United States is in the works have yet to materialize, implying that military action is not likely this year. Others, however, have already appeared.

These deployments do not necessarily mean the U.S. is preparing for war. They do, however, elevate the risk of conflict in East Asia.

The U.S. is enhancing its forward position in and around North Korea. Three U.S. aircraft carrier strike groups are en route to the Western Pacific, where they’ll conduct a combined exercise in middle November. Such a concentration of force is rare. The last time three U.S. carrier strike groups convened for a combined deployment was in 2007. This forward deployment will give the U.S. force projection capabilities within striking distance of North Korea.

The U.S. Air Force, meanwhile, has declared that, for the very first time, it is going to send a squadron of a dozen F-35A stealth fighter jets to Kadena Air Base in Japan in early November for a six month deployment. Stealth fighters would be prominent fixtures in any U.S. attack on North Korea.

The US has also dispatched nuclear-powered submarines to the waters around the Korean peninsula. It is likely that at least one submarine is carrying nuclear-armed cruise missiles. Furthermore, the U.S. Military recently increased its stockpile of munitions in Guam by approximately 10 percent between late August and late September.

Analysis: the U.S. is keeping its options open with regards to North Korea

Analyzed together, these developments imply that the US is currently preparing for a confrontation. However, this does not necessarily mean that Washington is gearing up to start a war with Pyongyang. The US and it allies are in a standoff with North Korea. In a standoff, it is necessary to make preparations for conflict, even if one does not intend for a conflict to arise.

Military deployments, exercises, and preparations—such as the ones underway in the vicinity of the Korean Peninsula—may just be part of the US attempt to keep its options open with regards to dealing with North Korea. Nevertheless, these developments give some indication of what a military campaign would look like—while raising the risk of conflict in the region.

North Korea, after all, will be watching out for these types of military deployments and preparations by the United States. If North Korea concludes that a strike is imminent, Pyongyang will be more prone to attempt some form of pre-emptive action of their own. Furthermore, even if both parties manage to avoid war, large-scale build-ups and military exercises intended to contain and discourage North Korea might be the new normal.