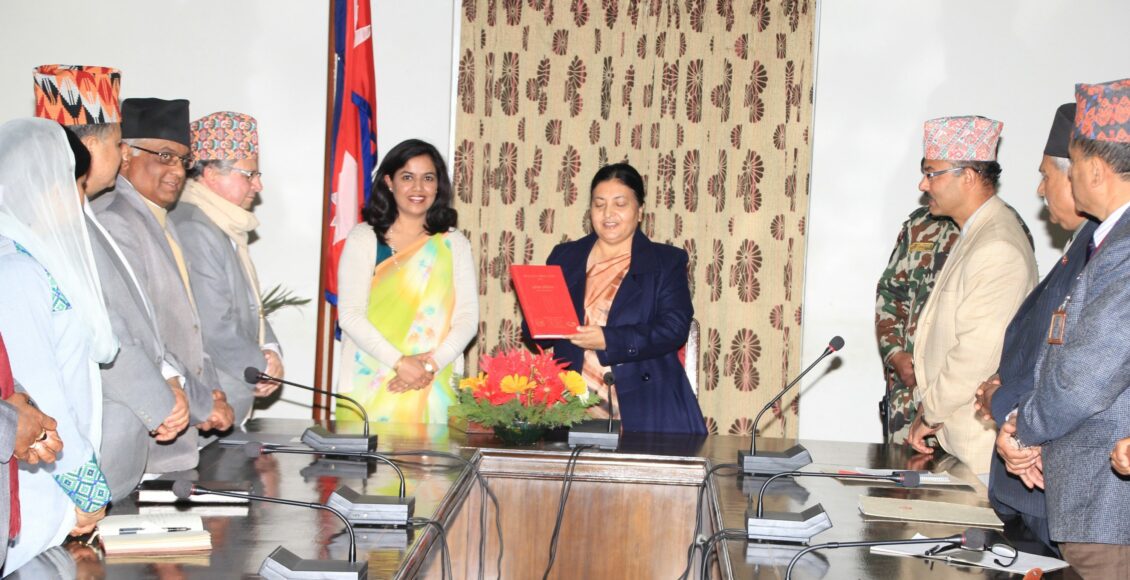 The signing of the Comprehensive Peace Agreement (CPA) in 2006 marked the end of the decade-long civil war between the Maoists and the Nepalese state. The conflict that saw the deaths of approximately 13,000 people with another 1,300 disappearances ended in a peaceful agreement with the rebels laying down their arms, participating in politics, and then coming to power. However, 13 years later, transitional justice in Nepal remains mostly unaddressed in the absence of sufficient political willingness and the lack of a victim-centric approach.

The Transitional Justice Process So Far

Since 2006, the transitional justice process has seen some developments, including the CPA in 2006 and the Interim Constitution of 2007, both of which committed to providing justice to victims of human rights abuses by the institutions of the Nepalese state and the Maoists. In 2015, the Commission of Investigation on Enforced Disappeared Persons and the Truth and Reconciliation Commission (TRC) were instituted and received approximately 66,000 complaints of torture, rape, and murder by all parties to the conflict.

The Commissions, while in-principle representing steps towards ensuring accountability of crimes, were perceived as moves to build leniency into the transitional justice process. This was primarily because they had been empowered by the Transitional Justice Act of 2014 to grant amnesty. But this leniency was checked by the Nepalese Supreme Court when it ruled that the Nepalese Supreme Court could only establish criminality. A positive development, but four years later this remains to be integrated—and therefore actionable—by amending the 2014 Act.

One of the primary challenges to the transitional justice process has been the attempts to co-opt it politically. Since April 2019, the two Commissions have been inactive as new members remain to be appointed. In the current format, a recommendation committee makes the recommendations which are subsequently approved by the political parties in Nepal.

While the process to identify new members has been underway, the three main political parties—the Nepali Congress (NC) and the two factions of the Nepali Communist Party (NCP)—have been trying to influence the membership in favor of those individuals who these parties believe will do their bidding. The inadequate political willingness stems from a deep concern that pursuing a proper transitional justice process will implicate present-day leaders and members of these political parties.

Moreover, the NC and NCP were on opposite ends of the conflict given as the NC formed the government while members of the NCP were the rebels. As a result, they have not been able to agree on members. The Nepalese Army, also a party to the decade-long conflict, has consistently maintained that members of the Nepalese armed forces must be tried separately in a military court and not in civilian courts or other transitional mechanisms.

The culmination of repeated iterations of such problematic political will is that the transitional justice process has come to be centered around those in positions of power, thereby sidelining the victims.

The Lack of a Victim-Centric Approach

The Conflict Victims’ Common Platform (CVCP), a collective of regional victim groups enabled by the United Nations Development Program (UNDP), has demanded the process of appointments to the Commissions be undertaken only after the Transitional Justice Act is amended as per the 2015 Nepalese Supreme Court ruling. By ensuring this amendment, the Act will ensure that those in power will have a lesser say in determining the nature of justice and the nature of reparations.

The CVCP has also reiterated that membership in the two Commissions is determined through a public and consultative process. In the current format, a recommendation committee is selecting the members to the Commission without any meaningful consultation with the conflict victims and other stakeholders. Thus, the ongoing nature of the process resembles one that is working to protect the perpetrators, rather than ensure the delivery of justice to the victims. Echoing this sentiment, human rights organizations and the United Nations have also been calling for a more victim-centric and consultative transitional justice process to address the general apathy towards addressing the impact of the war on victims.

A natural result of this problematic political will and the lack of integration of victims is a transitional justice structure that has been consciously deprived of a definitive end. A tendency to move on and look towards the future has also emerged. Some speculate how this is plausible, especially when legacies from the past continue to create the future landscape. In the aftermath of the brutal rape of a 13-year-old girl in 2018, one editorial spoke of how the disastrous fact-finding process that followed may not have been so if the post-war legacy would have been one of building accountability and ensuring justice.

At this juncture, it is imperative to make two changes to help correct course. The first is that the members to the committees must be appointed through a more public and consultative process per the directive of the CVCP. The victims must have a say in determining this selection. The second is that the committee must also take into account the merit of the members it selects in the human rights domain. The transitional justice literature often makes references to the role that wise and respected individuals could play in enabling trust into the transitional justice process. At this juncture, the transitional justice process in Nepal needs this trust to be rebuilt into it.

Nandita Palrecha is a second-year M.A. student in the Conflict Resolution program at Georgetown University. Presently, she works as a Conflict Resolution Fellow in the Department of Government, assisting with research on the effectiveness of non-western and non-military aid. As a recipient of the Conflict Resolution Fellowship 2018, she spent the past summer in Kathmandu, Nepal assisting Search for Common Ground with evaluations of development programs in different Asian countries. She holds a B.A. in Economics (Honours) from St. Xavier's College, Mumbai, India, and an M.A. in Geopolitics and International Relations from Manipal University, India.

The Pulwama Incident Part One: The Razor’s Edge