Termination of INF Treaty Could Spark Arms Race in Asia 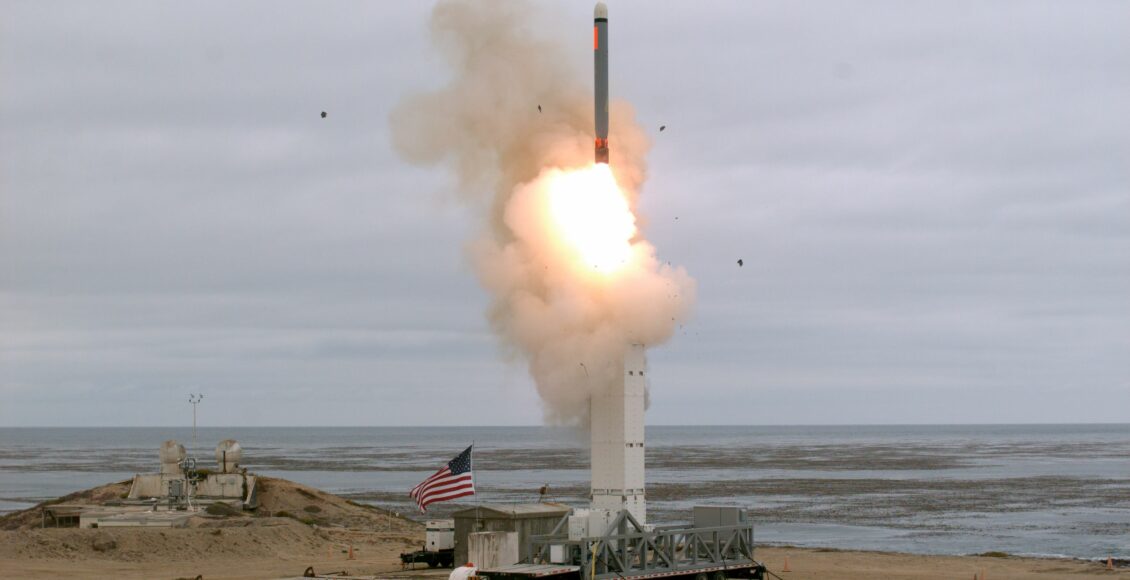 By terminating of the Intermediate-Range Nuclear Forces (INF) treaty, a key Cold War-era arms control pact, the United States and Russia have reignited the risk of a global arms race.

Several months before, Russia announced that the spirit of the INF was “dead.” The actions of both nuclear powers have increased fears of an international arms race centered on Asia, where the U.S. has announced it is considering placing intermediate-range conventional missiles in the near term.

In October 1986, Soviet Premier Mikhail Gorbachev invited the then US president Ronald Reagan to a summit meeting in Reykjavik, Iceland and proposed a fifteen-year denuclearization timetable. To an extent, the U.S. was responsive to Gorbachev’s proposal, but President Reagan wasn’t prepared give up the U.S. Strategic Defense Initiative (SDI). Colloquially known as “Star Wars,” the SDI was first proposed by President Reagan on March 23, 1983. The intended purpose of the SDI was to defend the U.S. from Soviet intercontinental ballistic missiles (ICBMs) by intercepting the missiles mid-flight.

At the next summit between the two superpowers in December of 1987, the U.S. and USSR achieved a historic breakthrough by signing the Intermediate-Range Nuclear Forces (INF) treaty. The treaty mandated that all U.S. and Soviet intermediate-range conventional and nuclear ballistic and cruise missiles—deployed throughout Western Europe and the Warsaw Pact—be destroyed within four years. Each side was to monitor the other to ensure the requisite number of missiles were being destroyed in accordance with the treaty.

The treaty expressly prohibited land-based cruise and ballistic missiles with ranges between 311 and 3,420 miles. Air- or sea-launched missiles, such as the U.S. Tomahawk cruise missile and Russia’s Kalibr cruise missile were not covered, even though they had ranges similar to the missiles banned in the treaty.

Sources of Conflict Between the United States and Russia

Russia’s violations of the INF treaty have been a key component of rising tensions between the U.S. and Russia. Washington—and its NATO allies—have repeatedly called for Moscow to acknowledge its noncompliance while demanding that the treaty violation be rectified. According to the U.S., Russia’s Novator 9M729 cruise missile was in direct violation of the treaty, a claim that Moscow has strongly denied. The U.S. first brought up the issue of Russian treaty noncompliance regarding the 9M729 cruise missile in the State Department’s 2014 Compliance Report, in which Washington suggested that Russia was violating the treaty and that the U.S. would continue to seek a resolution.

In withdrawing from the agreement, the U.S. displayed a willingness to do away with a landmark arms control treaty—possibly igniting an arms race across not only Europe but in Asia, as well. In a statement announcing Washington’s intention to withdraw from the INF treaty, the White House said: “for far too long, Russia has violated the Intermediate-Range Nuclear Forces (INF) Treaty with impunity, covertly developing and fielding a prohibited missile system that poses a direct threat to our allies and troops abroad.”

Russia, for its part, has seemingly demonstrated an eagerness to unshackle itself from the limits of key arms control agreements. In addition to demonstrating a willingness to breach the terms of the INF treaty, Moscow has neglected to push for the renewal of New START (Strategic Arms Reduction Treaty) signed by the U.S. and Russia in 2010. New START placed limits on the number of strategic nuclear missile launch systems, and is set to expire in 2021, unless renegotiated.

In an effort to position the Kremlin as a reasonable actor, Russian President Vladimir Putin publicly stated that Russia was open to renewing the treaty. In doing so, he warned that the expiration of the deal could spark an arms race. “If we don’t keep this ‘fiery dragon’ under control, if we let it out of the bottle—God forbid—this could lead to global catastrophe,” Putin said in June of 2019. “There won’t be any instruments at all limiting an arms race, for example, the deployment of weapons in space. This means that nuclear weapons will be hanging over every one of us all the time.”

However, Putin expressed a willingness to let the pact expire—implying that Moscow would not approach renegotiations with a sense of urgency, saying that “if no one feels like extending the agreement—New START—well, we won’t do it then.”

The nerve center of great power tensions is shifting to Asia. On August 4th, 2019, newly-confirmed U.S. Secretary of Defense Mark Esper stated that Washington was looking at a deploying intermediate-range missiles in East Asia and the western Pacific, a move likely to anger China.

China wasn’t a signatory of the INF treaty and has developed sophisticated offensive missile systems. While Beijing raised concerns about the collapse of the INF treaty, it seemed unwilling to participate in a multilateral replacement to the agreement, saying the “too complicated” and that prior agreements should be honored.

For the last three decades, China has dramatically expanded its missile arsenal. According to U.S. government officials, nearly ninety percent of China’s missile arsenal—estimated to be around 2,000 rockets—are classified as intermediate-range missiles.

What lies ahead for the global arms control regime?

The deterioration of international security structures is detrimental to global strategic stability. Although elements of the INF treaty may seem outdated, it played a crucial role in making both the U.S. and Russia accountable.

The treaty’s collapse has contributed to the development of an ominous atmosphere around the future of arms control. The intention behind these recent developments has been to strengthen compliance and stability, but the likelihood of a more aggressive arms race looms large over the nuclear domain.

Dr. Gregory Kulacki, China Project Manager at the Union of Concerned Scientists, maintains that an arms race-based framework will replace the arms-control based strategic security framework. Lessons learned during the Cold War will again need to be re-learned, albeit in the context of a multipolar order.