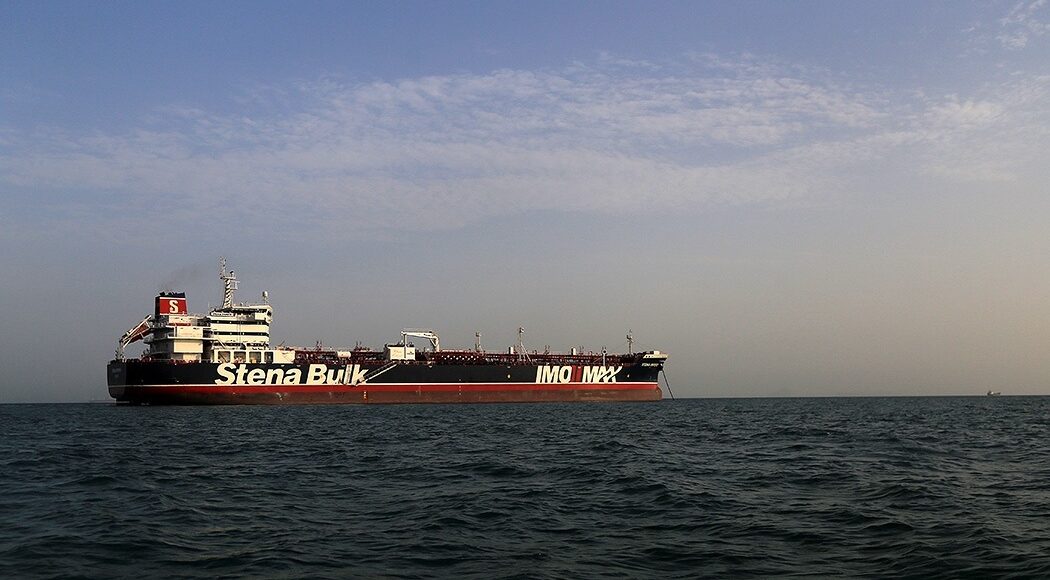 The U.K.-flagged Stena Impero tanker was seized by Iran in July.
Share

During a trip to Poland on July 31st, 2019, German Foreign Minister Heiko Maas stated that “Germany will not take part in the sea mission presented and planned by the United States,” pointing out that the U.S. strategy of exercising maximum pressure against Iran was wrong.

After withdrawing from the Iran Nuclear Deal—formally known as the Joint Comprehensive Plan of Action (JCPOA)—in May 2018, the Trump administration has embarked on a policy of “maximum pressure” towards Iran, denying Tehran the benefits it was meant to receive through the deal and reimposing sanctions on broad sectors of the Iranian economy.

For its part, Tehran has responded by shooting down U.S. military drones, seizing foreign-flagged tankers in the Strait of Hormuz—threatening the freedom of navigation in the strategically critical maritime route—and violating its JCPOA obligations by stockpiling and enriching uranium beyond the agreed-upon levels.

To garner support for a U.S.-led operation to protect ships traveling through the Strait of Hormuz, Washington urged its transatlantic partners—the U.K., France, and Germany chief among them) to participate in a maritime security mission. Their responses, however, indicated that, in contrast to the U.S., Europe didn’t perceive the Islamic Republic to be a threat to European interests that merited possible military action.

Tensions between London and Tehran peaked when the U.K. impounded an Iranian tanker near Gibraltar over suspicions that it was violating an EU embargo by carrying oil destined for sale in Syria. In a tit-for-tat escalation, the Iranian Islamic Revolutionary Guard Corps (IRGC) navy seized a tanker flying the British flag in July for allegedly turning off its GPS locator, breaking the maritime traffic pattern in the Strait of Hormuz, and polluting water by dumping crude oil residue.

Initially, the U.K. was hesitant over the idea of its naval forces joining those of the U.S., and instead formulated plans for a European-led mission in the area. However, following Boris Johnson’s appointment as Prime Minister and the lack of continental support for a European-led maritime security mission (with Germany showing little more than complete disinterest), the U.K. announced it would join the U.S.-led operation. The move served to demonstrate Anglo-American solidarity and strengthen ties between the two countries—in part due to the Boris Johnson government’s prioritization of a post-Brexit free-trade agreement with the U.S.

France’s interests are more nuanced. Thus far, Paris has rejected joining any U.S.-led operation. Instead, Paris has been actively engaged in a lengthy diplomatic campaign intended to convince both Tehran and Washington to de-escalate and enter into negotiations. However, France was among the first few European countries to initially support the European-led naval operation that was proposed by the U.K. France has a direct interest in the Persian Gulf as it imports most of its crude oil from Saudi Arabia. French companies have business interests in Iran, in large part driven by the export of jets, aircraft parts, and automobile parts. A scenario in which tensions with Iran escalate would undermine France’s strategic interests in the region. Therefore, Paris continues to emphasize diplomacy and show restraint in response to the proposed U.S.-led maritime security operation.

In contrast with France and the U.K., Germany’s outright rejection of the United States’ proposal reflects the downward trend in relations between the two countries. This isn’t the first time Germany has declined to participate in a U.S.-led military operation. Germany previously refused to participate in U.S.-led airstrikes in Douma, Syria, as well as refusing to deploy ground troops to Syria.

Like France and the U.K., Germany was in favor of maintaining the Iran nuclear deal. German Chancellor Angela Merkel’s failure to convince U.S. President Donald Trump not to withdraw from the JCPOA was viewed in Germany as a significant political setback—both for German-American relations and for Merkel’s reputation at home.

Germany’s primary interests in Iran revolve around promoting stability in the Persian Gulf region, which remains critically important for global economic security, as well as resolving conflicts in the Middle East to prevent further mass-migration by refugees and other migrants towards Europe. For this reason, Berlin’s stance is that escalating the situation is neither necessary nor opportune. Germany’s preferred outcome is a diplomatic solution, and continually stresses its resolute opposition to a military solution. There is little political appetite or support in Germany for the United States’ Iran policy under the Trump administration.  The concern for German policymakers is that Berlin must avoid entrapment in U.S. policy and see itself drawn into a conflict.

In other words, Germany doesn’t share the same interests as the U.S., the U.K., or France when it comes to Iran. Unlike the U.K., no German ships or tankers have been harassed or seized by Iran, and, unlike France, Germany doesn’t rely on the Persian Gulf for its energy needs.