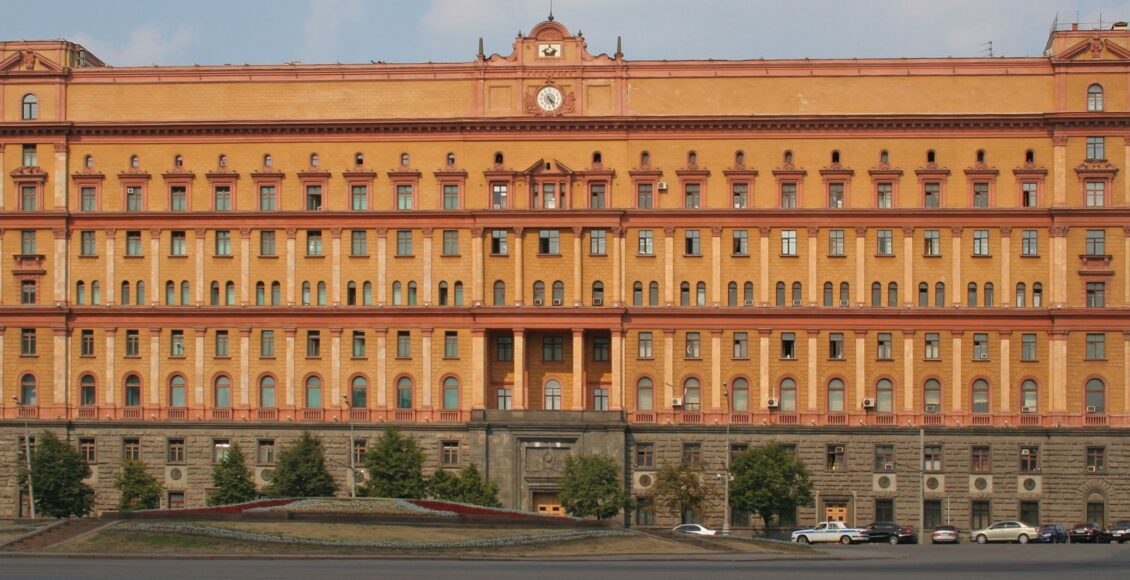 Seven days after Trump’s inauguration, a stream of reporting emerged from independent Russian media outlets. On January 27, 2017, Novaya Gazeta reported that Sergei Mikhailov, the Deputy Chief of the cyber unit in the successor agency to the KGB—officially the Information Security Department of the FSB—was in attendance at a meeting of high-level FSB staff during the first week of December. In that meeting, security personnel suddenly entered and grabbed Mikhailov, placed a light-proof bag over his head, and dragged him from the room.

Mikhailov hasn’t been seen since, and Interfax, the independent Russian newswire, has corroborated the story, which quotes an anonymous FSB official saying that Mikhailov and his deputy Dmitry Dokuchaev, were accused of “breaking their oath and working with the CIA.”

However, it was reported sometime later that two sources indicated that he may have been an asset for a foreign intelligence agency inside the FSB. On February 1, charges of high treason on behalf of the United States were brought to them. Again—in this case citing investigators—Dokuchaev and Mikhailov were thought to have cooperated with the CIA.⁠

The men are alleged to have “transferred confidential data to the American company Verisign and to other commercial organizations which in turn transferred these data to intelligence agencies of the USA”. Representatives from VeriSign did confirm that data was received by the company, although stated that it was not confidential in nature.

According to Novaya Gazeta, Mikhailov specifically passed along information about Vladimir Fomenko, owner of Kings Servers, to U.S. intelligence officials. This information was regarding Fomenko’s involvement in the cyberattacks on the electoral systems of Arizona and Illinois. At the same time, Interfax news agency reported that an additional 8 people had been identified by the FSB as accomplices.

The Mystery of the Seven Dead Russian Diplomats

Since election day in November 2016, seven Russian diplomats—including Russian ambassador to the United Nations Vitaly Churkin, and ex-KGB head Oleg Erovinkin—have been killed or found dead in increasingly questionable circumstances. Churkin’s death is under investigation by the New York City medical examiner, while Erovinkin—who is believed to have assisted Christopher Steele with compiling the now-infamous kompromat dossier—was found dead in the back of his Lexus.

The goal of Russian interference in the American election was to foment disillusionment with democratic institutions—to delegitimize Western political systems. Within the Kremlin, officials originally believed that Hillary Clinton would win the United States’ 2016 presidential election. Russia’s interference strategy was intended to shape a political climate so rife with mistrust and division that a Clinton administration would be forced to concentrate on ensuring domestic policy and stability, at the expense of American foreign policy interests.

The lack of planning in the event of a Trump victory created, rather than solved, a new problem for the Kremlin. The U.S. federal government’s executive branch has become increasingly unpredictable, a stark departure from the decades of more-or-less predictable U.S. foreign policy to which the Kremlin has become accustomed. As President, Trump is not the authoritarian that Putin is able to be. Military power is largely in the hands of Secretary of Defense Mattis, having been given a near-unprecedented degree of autonomy in directing military operations by Trump.

Furthermore, the Kremlin seems ill-prepared for an operation of this magnitude, ostensibly having failed to understand the strategic (long-term) implications for sponsored institutional disruption in a state (the U.S.) with bureaucratic and democratic institutions designed to impede would-be authoritarians. In Russia, such leaks do occur, albeit with greater consequences.

As Russia’s economy declined after having enjoyed a hot streak during the early 2000s, thanks to skyrocketing commodity prices, Putin’s foreign policy devolved into a projection of Russian hard power, with the intent of rebuilding national pride in a resurging global power.

As the 2018 presidential election approaches, protests and dissent are growing throughout Russia. Typically, Moscow’s and Saint Petersburg’s middle class and opposition elites are the typical protesters; they have greater access to the West and it’s social networking and media, and are more exposed to democratic ideas.

The majority of Russians, however, receive news and information through state-managed channels, and many are dependant on state institutions for employment or pensions. Living in the “Regions” (industrial, non-cosmopolitan cities, towns, and villages, excluding the two main cities), most Russians have experienced a sharp decline in their standard of living.

Russia’s Gross Domestic Product (GDP), per capita, has dropped over 41% from its 2013 height of $15,543. For a country having suffered through a corrupt transition from the Soviet control economy in the early 1990s, followed by a complete economic collapse in 1997, an ongoing major decline, overseen by a kleptocratic elite would likely result in a large degree of public unrest and resistance.

Historically, the Kremlin manages internal unrest by harnassing Russian nationalism and engaging in conflict abroad, under the guise of protecting Russian security interests, or restoring Russia as a global “great power.” The key for the Kremlin, and ultimately, Putin, is to make sure that these campaigns generate tangible rewards for the Russian electorate.