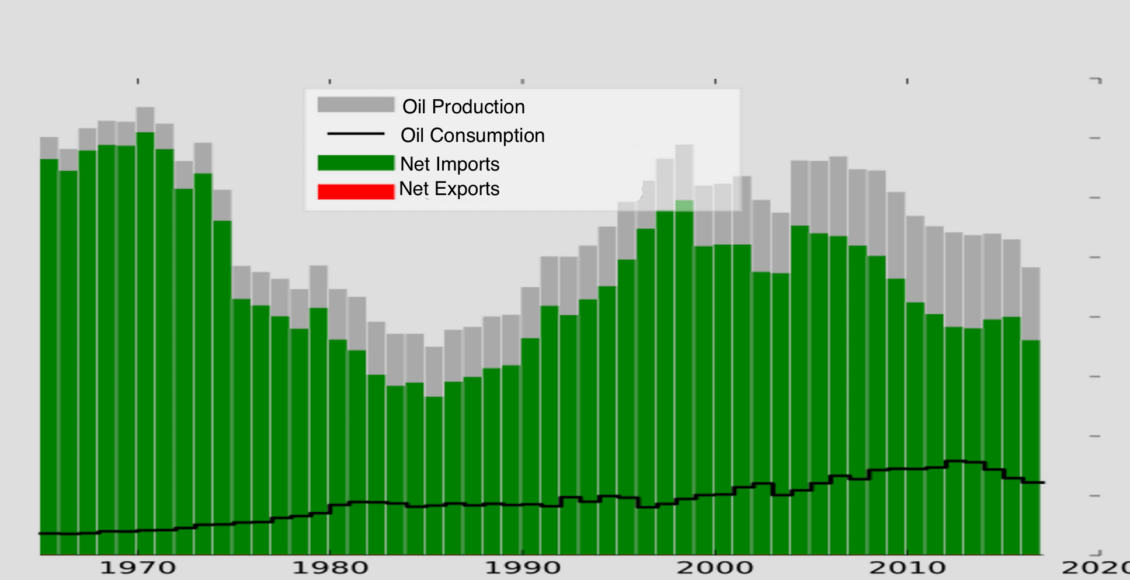 Despite Venezuela’s enormous oil reserves, the decline of the country’s oil production can be attributed to four major factors: the first, the current absence of qualified extractors that could exploit the heavy petroleum reserves. Nevertheless, as oil prices rose, the government demanded changes to arrangements made with companies to get higher revenues. When companies denied, their assets were captured and expropriated.

Even when petroleum prices were higher, the government spent the proceeds to finance the country’s social programs, but failed to reinvest properly at all levels from the capital intensive business that is oil production.

The second is the failure of President Chavez’s government to understand the degree of capital expenditure which was needed to continue developing the country’s petroleum. After Petroleos de Venezuela (PDVSA) Workers had gone on strike, they were dismissed and replaced by workers loyal to President Chavez, regardless their lack of expertise. Over 40,000 workers were fired and were replaced with over 120,000—largely inexperienced—workers. This resulted in a substantial decrease in oil production.

The next reason is Venezuela’s tankers inability to deliver their freight. Vessels which sail the high seas are obliged by the international maritime law to meet environmental criteria. This usually implies that the tankers must be cleaned before traveling to overseas ports to prevent environmental harm In the port, port facilities or others boats.

For the boats to be cleaned, workers in scuba suits scrub crude oil by hand from the tankers. PDVSA has since failed to pay back the service providers that keep clean and repair the vessels, the accumulation of cleaning invoices that the company can’t pay has caused the tankers transporting oil to be stranded up to two months.
[geo_mashup_map]

The last reason is the fall in petroleum prices in the international industry. The decrease in oil prices that began in late 2014, when the overall poor economic performance in China, Brazil, and Europe fuelled a fall in the requirement, while the distribution and production continued to increase. The situation sent Venezuela’s economy to a plunge; the petroleum sector contributed to 95 percent of Venezuelan exports. Even when oil prices were higher, the government spent the proceeds to finance the country’s social programs but failed to reinvest properly from the capital intensive business.

The International Monetary Fund estimates that Venezuela’s inflation rate will increase up to a crippling 720% this past year. The country’s economic catastrophe has further exacerbated deep political tensions, causing a constitutional crisis, mass protests, looting, and civilian casualties with the death toll now in excess of 100. Price controls were intended to keep the essential goods affordable to the poorest inhabitants of the country, however, manufacturers reduced production because of the limit on what they can charge customers.

The crisis has forced people to deal with the shortage of foodstuffs in stores and supermarkets by substituting unavailable products like corn flour and pasta with locally grown plantains and potatoes. Nevertheless, shortages of basic and specialized medications, along in the lack of medical care in virtually all of the country’s health service units continue to be widespread. This has led to looting and massive demonstrations in the streets of Venezuela.