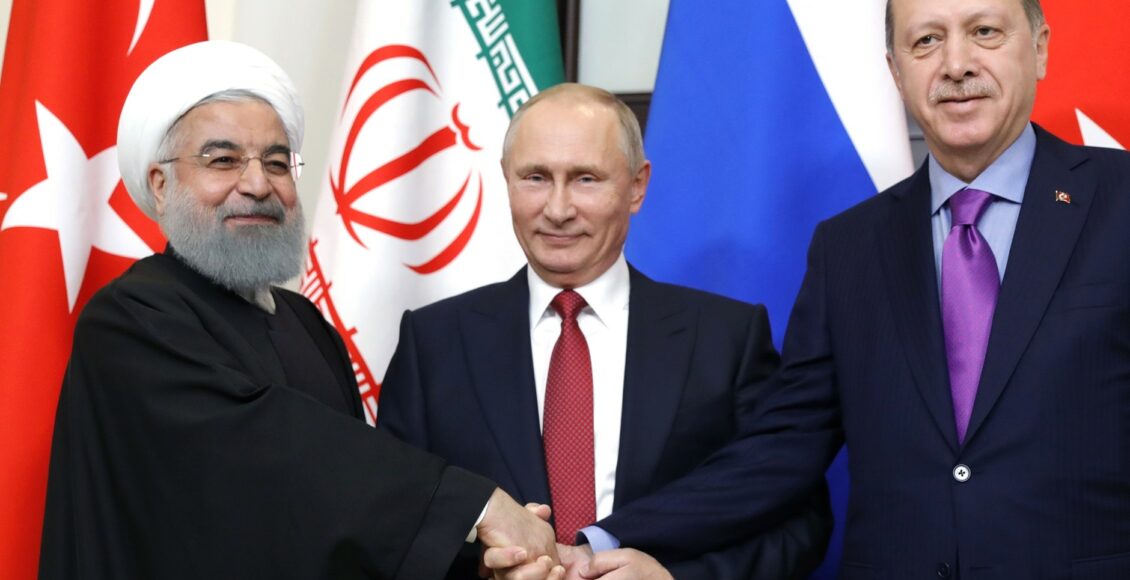 Russian foreign policy and domestic politics are inextricably intertwined, which means heightened tensions with the U.S. for foreseeable future.

Russia attempts to make inroads to the east as tensions persist with the West.

As relations with the West remain tense for the foreseeable future, Moscow will attempt to develop stronger economic connections with Tokyo and Seoul, playing them off each other, and off Beijing, to its benefit.

Despite talks between Russia and Japan in November 2017, the two countries are still at odds over a contested set of islands, and China remains Moscow’s most important partner in the region.

Russia’s proposal to send U.N. Peacekeeping forces to Donbas will gain traction, despite discussions between Russia and Ukraine, together with its Western supporters, over the installation’s parameters.

The plan likely will not come to fruition by the end of the year. However, there is a small chance it may reduce the violence in eastern Ukraine in the short-term.

In the medium- to long-term,  recent developments in Ukraine may mean an escalation of hostilities in the country’s east, as the Ukrainian military takes command over operations in the region.

A recently passed bill by the Ukrainian parliament outright labels Russia as a foreign aggressor. The law gives the President increased over Ukraine’s armed forces and eliminated the requirement for parliamentary support before ordering military action. Lastly, it calls for banning trade and all forms of transport to the regions in question.

President Poroshenko faces domestic opposition against any diplomatic move giving Russian a foothold in their territory. Despite this and other measures taken by both sides, fighting continues in the conflict zones.

As the conflict nears its fourth year, the conflict in eastern Ukraine joins the ranks of other frozen conflicts in the former Soviet sphere of influence, like the Georgian breakaway regions of South Ossetia and Abkhazia.

Ukraine’s new parliamentary bill suggests that the government will attempt to escalate the conflict within the next year.

Two other post-Soviet regions, Nagorno-Karabakh (disputed by both Armenia and Azerbaijan), and the Moldovan breakaway territory of Transdniestria, will remain prone to internal instability and vulnerable to political, cyber, military, or other hybrid interference from Russia.

The long-term standoff between Armenia and Azerbaijan could potentially flare up again. The joint border shared by Moldova and Ukraine will potentially result in an increased Russian security presence in the region, either by conduction more frequent military exercises or shipping more weapons to separatist groups.

While it is unlikely that either of these territories will result in a regional conflict, it remains to be seen whether Russia will seek to exploit ongoing political and social divisions in the West to advance its interests in either region.

Both lie within what the Kremlin considers its traditional “sphere of influence,” and maintaining this sphere is an essential component of its national security strategy

However, at home, it faces increasing constraints from a poorly-diversified economy and crippling U.S. and E.U. sanctions, levied in the aftermath of Moscow’s seizure of Crimea in 2014. The Kremlin (and above all, Putin) prizes internal stability and order, offering Russians security at the expense of personal freedoms and political expression.

Moscow’s ability, through its foreign policy, to regain what it views as its traditional role on the world stage—even through aggressive expansionism and disruption abroad—has fed domestic nationalism and pride which has further legitimized the Kremlin and has become a source of regime power.

Russian nationalism features strongly in the Kremlin’s national narrative, with President Putin praising Russian culture as the last bulwark of conservative Christian values against the decadence of Europe and the tide of multiculturalism.

Putin is personally popular, but recent protests driven by economic and administrative mismanagement reflect public impatience with deteriorating quality of life conditions and abuse of power by government officials and those close to them.

However, Putin’s recent re-election has been used by the Kremlin as a referendum to buttress his continued rule. Domestically, authoritarianism and decreased rule-of-law are likely to be expected.

Foreign policy will be dictated by heightening tensions with the west due to the Kremlin’s aggressive expansionist ambitions and foreign interference operations will dictate Russian foreign policy for the foreseeable future.