Xi’s Power Consolidation a Signal of an Impending Economic Crisis?

An economic downturn in China could have implications for internal security. 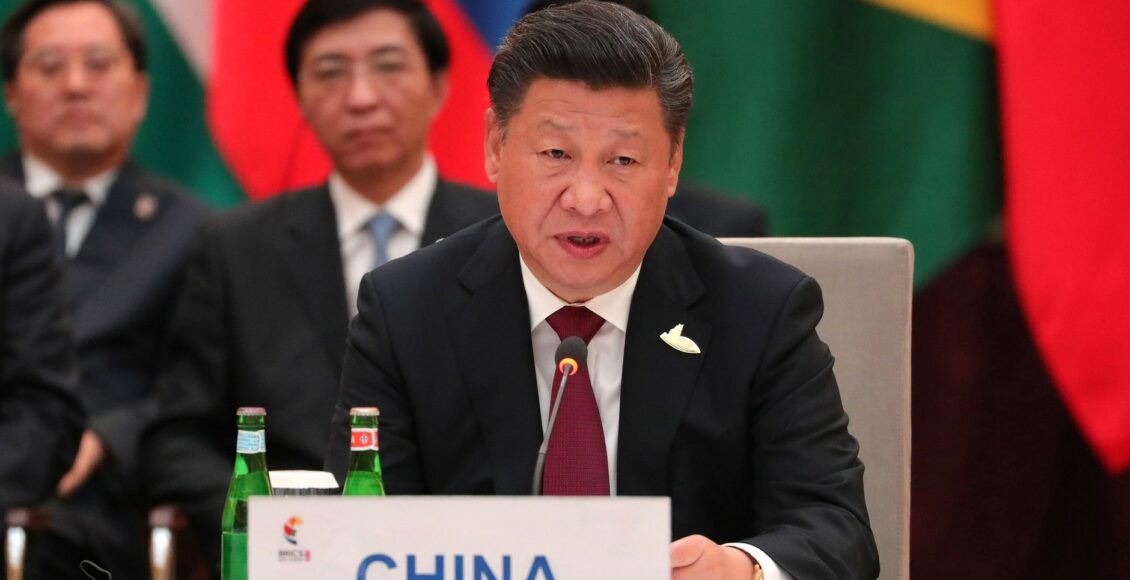 China may have domestic security and economic concerns to grapple with this year.

The Chinese Communist Party’s careful preparation for a change of direction was realized in mid-October during its national congress. The event has reshuffled the highest ranks of the party and proved a significant test of General Secretary Xi Jinping’s efforts to consolidate power.

To date, all signs indicate towards success in Xi’s efforts to strengthen his grip over the nation’s top decision making bodies. Xi has already achieved the status of core leader, not merely of the Communist Party, but of the Chinese state and military, as well.

He’s also managed to quickly promote a lot of his allies to prestigious positions in recent months. Looking ahead, as many Politburo and Politburo Standing Committee members have retired,  Xi has had the chance to fill nearly all seats in the bodies with political allies.

Even more significant, party members have endorsed the addition of Xi’s philosophy of the Communist Party Constitution in the approaching Congress, allowing him to rise to the revered ranks of Deng Xiaoping and Mao Zedong.

Xi emerged from the party’s congress with the political capital required to see a lot of his ambitious visions through. However, in the aftermath of a widespread exodus of the Communist Party’s top ranks, Xi will largely focus his attention on stabilizing the country.

The recent abolishment of the two-term requirement that previously applied to the paramount leader of the Chinese Communist Party is another sign of Xi’s near-total consolidation of power. This could be a sign that the central leadership, or even Xi himself, forecasts economic instability in the short- to medium-term, and decreased dissent within the upper ranks of the Chinese Communist Party would allow for Xi to respond to unrest or internal challenges without dissidence.

Xi will seem to contain any economic issues in the home or disputes overseas that may damage the image of the Chinese state, the Communist Party, or Xi’s status within both entities. This will likely consist of attempts by the central government to stabilize the Chinese financial system with its hugely leveraged companies while mitigating the possibility of domestic social and economic volatility.

To that end, China has tried to blunt the impact of U.S. trade measures, engaged in high-level discussions with North Korea, while discouraging U.S. military actions, and implementing a temporary deal with India to end their tense border standoff.

China faces a daunting test—with its political stability in the balance.

China’s sensitive environment won’t lead its leadership to ignore economic reform entirely. The party’s newly instated officials, after all, will have to boost the public’s confidence in the authorities as the economy stays stable but weak.

Within the last several months, Beijing has combined broad-based structural reforms like the consolidation of businesses, production cuts, and the enforcement of environmental regulations, with renewed attempts to chip away at the mountain of debt crippling state-owned enterprises, public and private financial sectors, and local governments. These reforms will only accelerate in the short- to medium-term.

After three decades of record financial growth and social change, Beijing, amid slower growth and the aftermath of a debt binge, is transitioning from an investment-driven, export-based economy to one fueled by domestic consumption of goods and services.

Meeting demands for clean air, affordable houses, improved services, and continued opportunities are going to be essential for the government to maintain legitimacy and political order.

China’s economy appears to be on shaky ground, as layoffs increase and consumer debt levels and capital flight skyrocket.

Xi Jinping has suggested sending China’s increasingly debt-prone youth to work in the country, in a “Second Cultural Revolution.” Few have taken the offer, despite an abundance of promised employment opportunities in farming, food processing, and rural tourism.

The state-supported National Institute for Finance and Development (NIFD) stated in 2017 that local and provincial governments, small businesses, and households owe an amount totaling 154 trillion yuan (almost $23 trillion)—228 percent of China’s GDP. The NFID estimates that household debt alone is projected to reach 66 trillion yuan ($8.45 trillion) within the next three years.

In the South China Morning Post, Wang wrote that these speculators secured cheap loans for themselves while issuing high-risk financial products to finance projects and investments both within and outside of China.

Furthermore, China’s wealthy have begun moving massive amounts of capital abroad, under the guise of the government’s call for investing overseas—termed “going out.”

A particular tactic being used is inflating the value of one’s domestic assets and guaranteeing these funds to overseas branches of Chinese banks, which in turn provide them with overvalued loans which finance asset acquisitions abroad.

Lin Yanling, of the Beijing-based China Institute of Industrial Relations, says that “the size of China’s labor force has peaked, but it’s wrong to think that there will be no employment problems.” Lin said 80% of China’s workers are “in a weak position” regarding their job and wage security, adding “if the economic situation is not good, their position will become even weaker.”

Any mass-disruption for manufacturing workers, migrant workers, or other low-wage worker is bound to have consequences for internal stability that could prompt a forceful intervention by the government. This and ongoing wage stagnation are the two issues of most significant concern.

Thus, the government’s efforts to resettle urban unemployed in the country through offers of paying jobs could be a preemptive attempt to avoid internal disruption by dispersing concentrations of disaffected workers to more rural environs.

In 2009, during the last economic crisis in China, then-Premier Wen Jiabao oversaw the disbursement of over $500 billion to stimulate the stagnating economy. This provided severely needed relief to the economy, but ongoing corruption and crony capitalism, combined with rising competition from lower-wage countries like Vietnam, have ensured that growth continued to stagnate.

Between 2010 and 2015, Chinese economic growth steadily declined from 10.5% (annual GDP growth) to 6.9%, respectively. The current GDP growth target is 6.5%. Louis-Vincent Gave, co-founder of Gavekal Research, said that “the 6.5% growth target, you can still achieve it, but at a higher and higher cost. So why would they [the Chinese Government] want to keep doing that?” Gave added that the practice of dropping growth targets could serve to decrease short-term growth, but promote long-term sustainable growth.

Beijing probably has ample resources to prop up growth while efforts to spur private consumption to take hold. Nevertheless, the more the government cracks down on state-owned enterprises (SOEs), allowing them to fail, the higher the risk of financial shocks that could cast doubt on the fiscal management capabilities of the central government.