The Return of the Arab Spring 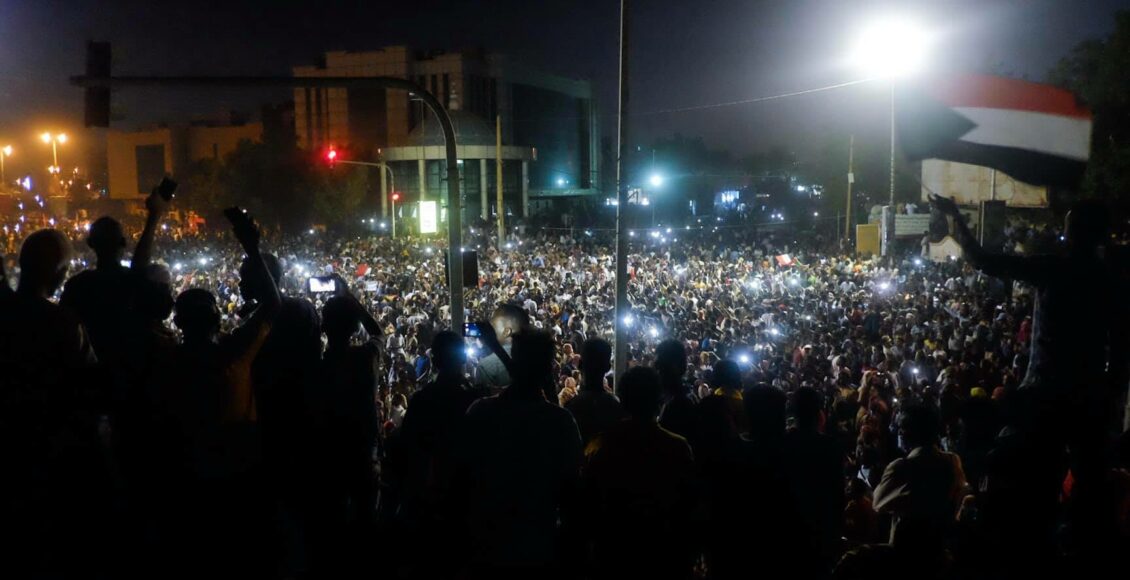 The ouster of Sudanese President Omar al-Bashir on April 11 failed to satisfy the demands of millions of Sudanese protestors, who sought a timely transition to a democratic, civilian-led government. The Transitional Military Council’s (TMC) intervention failed to achieve the goal of democratic rule and revealed the firm grip of Al-Bashir’s loyalists in the country’s security services and military, who sought to preserve the old regime. Despite the repressive tactics of authorities, thousands continued to demonstrate for democratic governance in Sudan, amidst growing dissent in several North African and Arab countries including Algeria, have prompted analysts to anticipate a second Arab Spring.

While the uprisings of the 2011 Arab Spring brought about renewed optimism in the MENA (the Middle East and North Africa) region, it ended in catastrophic failure. Over 180,000 individuals were killed, and over six million were displaced—a solemn reminder to demonstrators and activists today. While the defiance of demonstrators is laudable, lives were lost as the death toll increased to seemingly little avail as negotiations between the military government and opposition in Sudan seemed destined for failure, until talks brokered by the African Union yielded a breakthrough agreement.

The United States dispatched an envoy to facilitate ongoing talks in Sudan, and the African Union suspended the country’s membership. While the situation in Sudan appears to have stabilized to a degree, the unrest in Sudan and Algeria has spread to other North African states, in a reverberating echo of the 2011 Tahrir Square demonstrations in Cairo, Egypt. As economic discontent spreads throughout the Middle East, political unrest is growing.

In Morocco, a BBC survey has revealed that more than half of respondents in the country seek immediate political change. Whether mass protests will erupt in Morocco is unknown; however, grievances are palpable, signaling a possible rerun of the unrest experienced in the Arab Spring protests. Eight years after the failure of the mass protests of 2011 to affect meaningful reform, lessons must be learned to avoid similar outcomes—or worse.

With the removal of the Mubarak dictatorship, came the election of Egypt’s first democratically-elected president, Mohamed Morsi. Just as Morsi’s election symbolized the dawn of a new era for many, his demise by Abdel Fattah el-Sisi’s military coup and recent unexpected death was emblematic of democracy’s often brutal fate in the Middle East and North Africa—a statement which does not imply support for the Muslim Brotherhood or deflect from the short-lived hopes for a chaotic presidency, but rather highlights its reverse effect: the emboldening of military dictatorships. Except for Tunisia, many states in the region have seen the implementation of greater autocratic control or have spiraled into anarchy since the Arab Spring.

The convoluted role of the United States in the Arab Spring, whereby President Obama sanctioned regime change in Libya while supporting the military-backed coup in Egypt, arises from the contention between abiding by America’s foreign policy and national security interests and aligning with local democratic movements.

One conspicuous feature of the United States’ approach to recent unrest is resounding silence. This could reflect the Trump’s antipathy to foreign intervention or precautionary measures after the inefficacy of U.S. involvement in 2011. Nonetheless, the protests in Sudan and Algeria are organic movements of ordinary citizens, many of whom are young people—the nemesis of autocratic dictatorships. The large-scale involvement of youths was illustrated in the successful attempt to block 82-year-old Algerian President Bouteflika from running for a fifth term.

Almost seventy percent of Algeria’s population is under the age of 30, resembling the demographic profile of the Arab Spring protests, aided by social media and propelled by economic hardships seeking to topple military-backed regimes. These similarities present similar obstacles with a decentralized opposition being unsustainable in the long-term. Meanwhile, the presence of social media as a weapon for democracy remains a concern for Arab governments, evidenced by the internet blackout in Sudan, which only served to further fuel public grievances.

A case study of Egypt reveals that deposing the front-facing leadership is merely a smokescreen to the power structure that remains—mainly bureaucrats, members of the security and military establishments, and oligarchs loyal to the old regime. While delaying elections in Algeria favors protestors in buying time to prevent Army Chief Gaid Salah’s preferred candidate taking office—a remnant of Bouteflika’s regime—the action highlights how a lack of organization amongst the opposition impedes progress. The militaries in both Sudan and Algeria are the repositories of power. Salah’s description of protestors who opposed the army as being “enemies of Algeria,” reinforces the brevity of hope instilled by the protests, before being silenced by the military.

Revolutions enthuse the masses with optimism, however, the experiences of the 2011 protests reveal an illusory and temporal effect in the face of a powerful military and security establishment. The Sudanese and Algerian cases highlight growing dissent in the Middle East and North Africa. Without an organized opposition with overwhelming international support, political unrest in the MENA region is likely to bear an uncanny resemblance to the events of the first Arab Spring, potentially resulting in anarchy, civil war, or the imposition of stronger autocratic rule.

Ibrahim Taha is an Australia-based writer and a student of Law and Arts at the University of Sydney.
Thanks for signing up! Please check your inbox for an email confirming your subscription.
African UnionAlgeriaEgyptMoroccoSudanTunisia
Share
You might also like
Foreign Policy

The Resilience of Jihadi Extremist Groups in North Africa