Engagement with Cuba is the Key to Greater U.S. Influence in Latin America 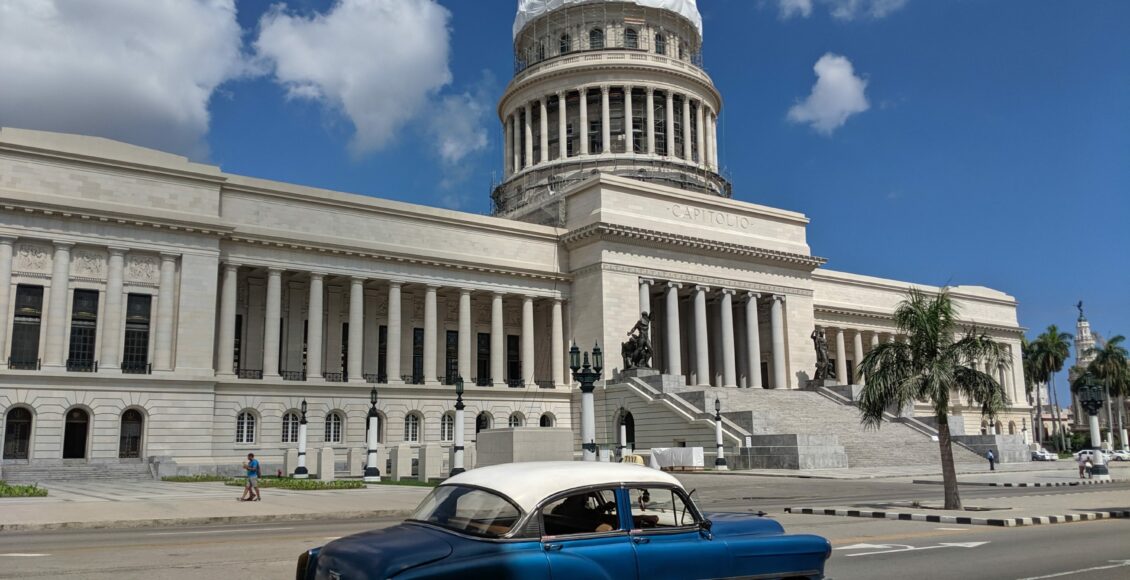 Ever since the presidency of Woodrow Wilson, U.S. foreign policy towards Central and South America has been geared towards intervention—a trend exacerbated by growing Soviet influence during the Cold War. Numerous attempts during the Kennedy-Johnson-Nixon era to remove Cuban leader Fidel Castro by force, along with forceful interventions in Nicaragua, El Salvador, and Guatemala during the Reagan-Bush years further failed to assert sustainable American dominance in the region.

Decades of interventionist policies have contributed to the view that the United States is the greatest threat to global peace, according to research by Gallup, with the decades-long “War on Drugs” contributing to the migration crisis and perceived insecurity along the U.S. southern border.

Wilsonianism—the interventionist doctrine espoused by the 28th President of the United States—aimed to advance the role of capitalism and democracy throughout the world. Following the First World War, this doctrine took a back seat in favor of increased isolationism and a withdrawal from the world stage. President Franklin D. Roosevelt reversed this trend, returning Wilsonianism to the heart of U.S. foreign policy, thrusting the country into the heart of global geopolitics.

However, U.S. foreign policy—particularly from the 1970s-onwards—has only served to diminish the United States’ role in the Western hemisphere, with aggressive policies pushing its adversaries closer together while influencing them to turn to the USSR for support. The forging of ties between Cuba and Venezuela may have begun long before the ideological assimilation of the Castro-Chavez years, but, more than a decade after the cigar-wielding Cuban left office, aggressive U.S. policy has strengthened the region’s anti-American bloc and diminished American influence.

As the humanitarian, political, and economic crisis in Venezuela escalated—brought to a head by President Nicolás Maduro’s fraudulent electoral victory, following years of deteriorating economic conditions—the Trump administration adopted a policy of regime change, throwing its weight behind Juan Guaidó and alluding to the possibility of military intervention. Backed by a chorus of Western governments, the Trump administration appeared to be making progress in ousting the unpopular socialist leader.

Maduro’s continued grip on power can be attributed in large part to Cuba’s commitment to propping up the socialist dictator. Numerous outlets have reported that Venezuela is teeming with Cuban intelligence officials rooting out opposition. Forged through mutual ideological understanding and staunch opposition to American interventionism, the Cuban-Venezuelan relationship is unlikely to be broken by the re-imposition of sanctions, which has been the Trump administration’s approach thus far.

Last month, I stood watching the final U.S.-flagged cruise ship leaving Havana harbor, before the reinstatement of sanctions (previously relaxed by Obama) that prohibits U.S.-flagged vessels from docking in Cuba, and prohibits foreign ships from docking in Cuba and the U.S. within six months of each other. This foreign policy is a clear indication that Trump is returning to the hardline interventionist policies of his predecessors, moving away from Obama’s reconciliation and diplomatic approach.

The Obama administration relaxed many of the sanctions placed on Cuba throughout the preceding decades; with the relaxation of the controversial wet-foot, dry-foot policy, as well as a host of new opportunities for Americans to travel to the island. These policies resulted in significant moves by the Cubans towards a more outward and capitalist economy, with private property and limited trading being permitted in recent years.

The re-imposition of sanctions is a mistake and will only serve to jeopardize U.S. national security interests in the long-term. As the recently published The Ordinary Presidency of Donald J. Trump points out, such an approach to foreign policy is likely only to deepen the resolve of the United States’ adversaries—strengthening the bond between Cuba and Venezuela, thereby reducing American influence in Central and South America. Stricter policy towards Cuba will only heighten the common security concerns of Cuba and Venezuela, encouraging the Cubans to continue supporting the Maduro regime.

Hans Morgenthau’s theory of realism has been the guiding philosophy in American foreign policy throughout much of the post-World War 2 era. Morganthau’s philosophy centered around security and power concerns on the international stage, suggesting that these were the driving forces in international relations. Ironically, America has failed to account for how security is the driving force behind the Cuban-Venezuelan relationship, with greater aggression only driving the joint security policy of the two states towards greater cooperation.

This approach will not only weaken the United States’ ability to direct policy in the region but could further destabilize volatile environments, encouraging far greater national security threats than currently exist. The use of force to remove Maduro and replace him with a more friendly ruler has been floated by U.S. National Security Advisor John Bolton (a driving force behind the 2003 invasion of Iraq). Given Cuban influence, however, such a move is likely to destabilize the region and produce new national security dangers akin to those in the wake of the U.S. nation-building project in the Middle East.

Instead, the U.S. should focus on reinvigorating the diplomatic approach championed by Barack Obama, employing American soft power and influence among the Cuban populace to decouple the relationship between Havana and Caracas, allowing for the U.S. to achieve its foreign policy objectives.

The crux of the United States’ argument in favor of intervention in Venezuela comes from the Wilsonian tradition of championing democracy, as Venezuela has consistently reneged on democratic principles. Maduro’s faux victory in the latest election threatens this tradition, encouraging the U.S. to push for intervention, but diminishing the achievability of its foreign policy aims.

Although some suspect that John Bolton and Mike Pompeo’s interventionism is underlined by a muscle-flexing attempt to use the military, rather than effectively achieve national security objectives. If the U.S. is to champion Wilsonian principles of democracy and capitalism, diplomacy and the exercise of soft power is the way forward. Cuba is primed for more considerable U.S. influence, with one of the most striking features in Havana being the shiny new U.S. embassy, a perfect symbol of American potential to reconcile with Cuba.

The Cuban people seem ready for a more significant American presence. Speaking to a taxi driver in Havana, it was clear that there was real hope of American reconciliation and the influx of American goods during the thawing of tension during Obama’s administration. The same taxi driver spoke of the damage the Trump administration’s policies are doing to the potential reconciliation between Cuba and its behemoth neighbor, with such aggression only diminishing America’s potential to decouple Cuba and Venezuela.

America clearly could exert significant influence through diplomatic means. Cuban infrastructure remains almost entirely the product of a now-defunct state, with Soviet-era power plants and motor vehicles dominating the Caribbean island. This provides the opportunity for quick growth to be facilitated by the United States, by the opening up of relations with Cuba and offering developmental aid, instead of pressuring them into submission—a wholly unsuccessful policy. Cuban people have a hunger for modern American goods and allowing them access to such products will only grow the potential for Cuba to be an American security asset, rather than a potential strategic threat.

Amongst the Cuban people, adherence to socialism is seemingly borne out of two realities, respect for Castro and the revolution, and the inability to pursue a different course of political economy. Cuba would likely be decoupled from Venezuela should their national security no longer rely on creating a regional buffer to the U.S., with the Cuban economy being almost entirely strangled except for limited regional trade.

Recent reforms indicate the willingness of the Cuban government to open up and reform away from their state-controlled economy; the 2019 constitutional referendum affirmed this by recognizing private property, recognition of foreign investment and introduction of habeas corpus, somewhat reflecting America’s declaration of the right to life, liberty, and the pursuit of happiness—a clear indication of a willingness to align more closely with the United States.

Given this willingness, the Trump administration’s policy is counterproductive in achieving all of the United States’ regional objectives. Cuban shifts towards increased openness will provide a significant opportunity for America to drive policy in the region, using diplomatic means to maneuver Cuba away from their socialist dogma and weaken a key pillar supporting the Maduro government.

If the United States is genuine about its adherence to Wilsonianism and wish to achieve democratic governance and economic upturn in Venezuela, its policy of sanctioning Cuba to pressure Maduro will only weaken its efforts to effect change.

Instead, the U.S. should pursue reconciliation and take advantage of the waning ideological alignment of the Cuban regime, allowing for the capitalization of markets and free trade, that can make Cuba a critical regional partner. Using its considerable economic might rather than military force, the U.S. should pursue the Wilsonian tradition of tackling injustices abroad, while ensuring its national security.

Calum Paton is a freelance journalist and a student of History and Politics at the University of Warwick.