Poland Will Increase the Size of Its Military by Over 50% 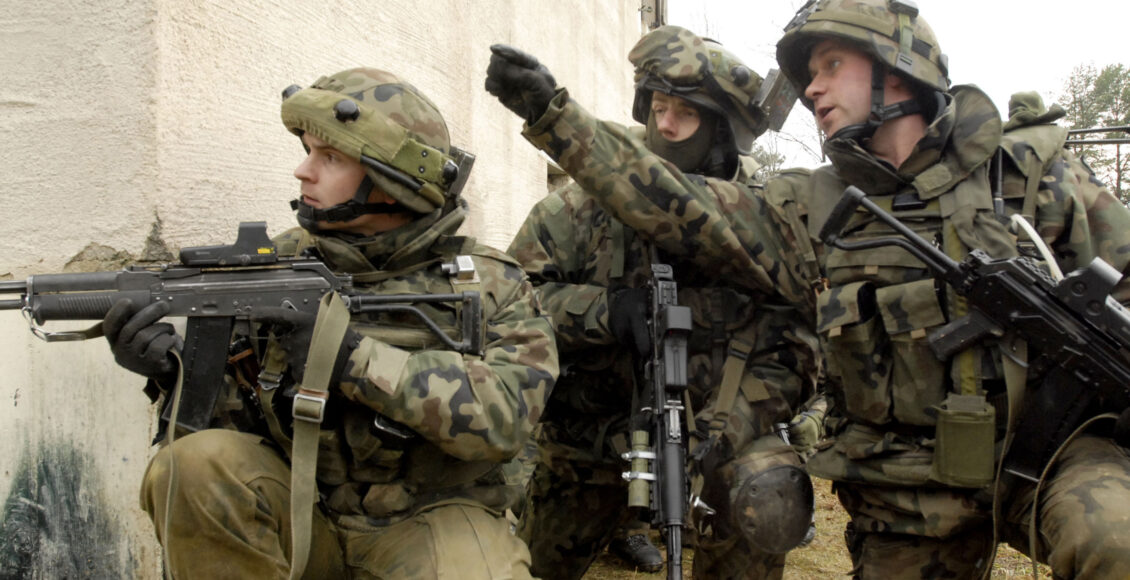 Over 50,000 troops will join the ranks of the Polish Armed Forces.

This comes alongside news that the Polish military will create a 50,000-strong volunteer militia as fears grow of a resurgent Russia under President Vladimir Putin. Poland shares a border with Russia. Since Moscow has annexed Crimea from Ukraine and supported the insurgency in the east of the nation, Russia’s neighbors have warily observed its military expansion.

Polish President Andrzej Duda signed off a statement which will increase defense spending and increase the strength of the military by 50,000 troops from the current 100,000 troops. The bill will also include provisions for a volunteer militia force, numbering around 50,000, according to reports from state broadcaster Polskie Radio.

Increased Defense Spending is Policy Everyone Can Agree On

The bill—a rare piece of cross-partisan legislation—envisions defense spending increasing to up to 2.5 percent of Poland’s gross domestic product by 2030. Most NATO members have yet to meet their pledges to increase defense spending to, at least, 2 percent of their respective GDPs.

Of the 28 NATO members, only the U.S., the U.K., Greece, Poland, and Estonia currently meet the 2 percent threshold that all members have pledged to meet. “The Polish army will, within ten years, gain the capability of stopping every opponent,” said the Polish Defence Minister Antoni Macierewicz.

Poland is one of just five NATO allies that share a border with Russia, along with all 3 Baltic countries, Lithuania, Latvia and Estonia. NATO’s ongoing reinforcements in Eastern Europe has leaned towards alleviating the anxieties of Poland and the Baltic states (Latvia, Lithuania, and Estonia), where multinational NATO battalions are based.

Russia has consistently argued that NATO expansion in the former Soviet sphere of influence is part of a strategic encirclement of Russian territory, rather than providing protection for European states that would be otherwise vulnerable to Moscow. Russian Foreign Minister Sergei Lavrov has vowed that his nation would never strike a NATO ally and risk a conflict.

Nevertheless, confidence in Russian foreign policy among Western governments is at a post-Cold War low. The Kremlin has made a string of spurious claims about the character of its campaign in Syria, in which it’s denied all reports of infringing and bombing civilians. Russia’s official policy is to refuse any military backing for insurgents in east Ukraine. However, the insurgents themselves have claimed to have thousands of Russian troops in their ranks.