Ontological Security in the Balkans: Lessons from Macedonia

The "Self" in the International Arena 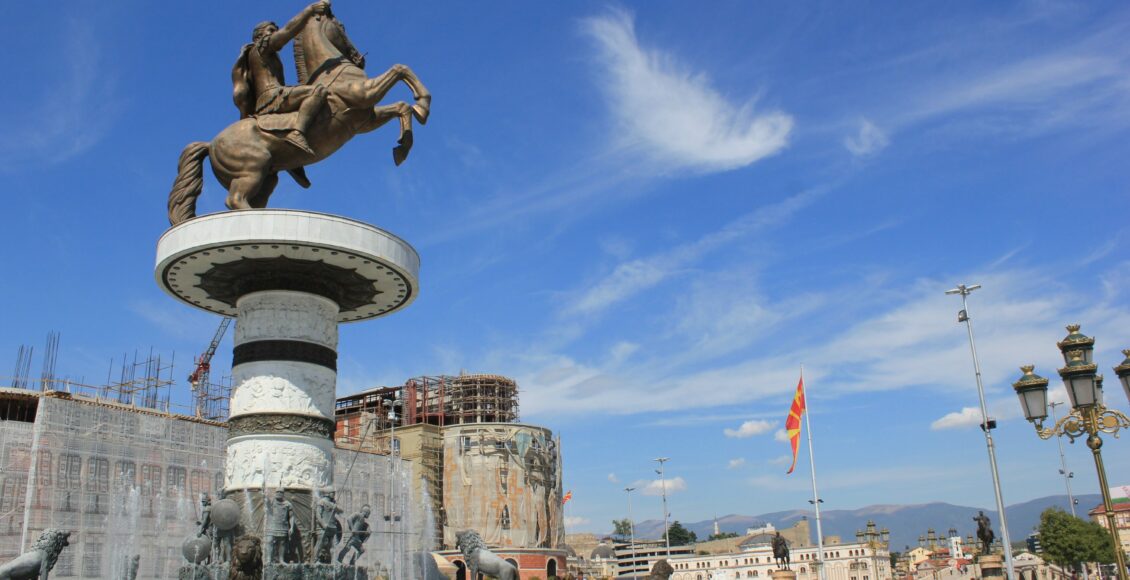 Statue of Alexander the Great in Skopje, Macedonia
Share

The historical and geopolitical context of the Balkans ensures the concept of national identity maintains a central place in the region’s politics.

There is a lesson to be learned from recent events in Macedonia—and it must be taken seriously to better understand the interplay between national identity and foreign policy in the Balkans. Any foreign policy decision that is seen as a threat to the continuity of the national identity is perceived as a security threat, and therefore, it is rejected as ontologically unacceptable. The specific historical conditions in the Balkans (still recovering from the traumatic experience of ethnic conflicts) require a different approach than what is advocated by the European Union.

In his speech, Ivanov makes a clear distinction between Macedonia’s pursuit of its foreign policy interests and the need to ensure the continuity of the country’s national identity and explicitly states his reluctance to endorse any policy that would pose a threat to Macedonian’s self-image in the international arena. Taking this into consideration, one could legitimately expect that the recent political developments in Macedonia can shed new light into the complex relationship between a state’s national identity and its foreign policy.

The Referendum in Macedonia

The referendum held at the end of September 2018 in Macedonia—in contrast to Ivanov’s 2014 speech—conflates of the concept of national identity with foreign policy into a single question: “Are you in favour of European Union and NATO membership by accepting the agreement between the Republic of Macedonia and the Republic of Greece?”

The “Prespa” agreement between Macedonia and Greece includes specific clauses about changes to Macedonia’s official name, in addition to modifications to an already-established historical narrative of its national identity. The text of the Agreement arguably indicates a degree of political control over the planned reconstruction of the historical elements of the Macedonian national identity: “The Parties shall establish […] a Joint Inter-Disciplinary Committee of Experts on historic, archeological and educational matters, to consider the objective, scientific interpretation of historical events based on authentic, evidence-based and scientifically sound historical sources and archeological findings. The Committee’s work shall be supervised by the Ministries of Foreign Affairs of the Parties […].” As such, established historical narratives that contribute to the Macedonian national identity would be revised based on a politically supervised “objective, scientific interpretation of historical events.”

Also, the wording of the referendum question implicitly points out the conditional relationship between the national identity and foreign policy objectives. In other words, the Macedonian voters were reminded that the full implementation of the “Prespa” agreement (and the subsequent amendments to historical elements of the national identity) is a crucial precondition for the realization of the country’s foreign policy goal—joining the E.U. and NATO.

However, a majority of Macedonians decided to boycott the referendum, illustrating a reluctance to answer a question in which they were asked to affirm the mutually exclusive nature of the relationship between Macedonia’s national identity and its foreign policy priorities. Voter turnout was low at 37 percent, thus failing to secure the 50 percent threshold required to make the vote legitimate. The concept of ontological security must be taken into account to understand why the Macedonian government was unsuccessful in legitimizing the referendum.

The Referendum in the Context of Ontological Security

Ontological security of the state is especially important when the national ‘self’ interacts with the significant ‘other’ in the international arena. The harmony between the already established narratives and discourses that comprise the state’s identity of the state and foreign policy objectives is something governments take into consideration when conducting international relations.

The referendum in Macedonia and the events preceding present an ideal case study for analyzing the importance of ontological security in foreign policymaking. Consistent reminders from both E.U. and NATO officials that an agreement on the name issue between Macedonia and Greece is a crucial precondition for Macedonia’s integration both entities made both of these foreign policy objectives ontologically unacceptable for many voters in Macedonia.

After years of difficult negotiations between Greece and Macedonia, an agreement was reached. Voters were faced with a referendum where they were asked whether they would accept the “Prespa” name-change agreement for the sake of Macedonia’s integration into the E.U. and NATO. Undoubtedly aware of the substantial cognitive dissonance between the already established ontological narratives and the requirements set by foreign policy objectives, the government initiated a strategic and selective reshaping of narratives to improve the controversial perception of these conflated policies—thus reducing the perceived threat to Macedonia’s ontological security.

A major theme of the government’s pre-referendum strategy was portraying the referendum as an opportunity to affirm the ‘European’ nature of Macedonia. The media and political elites in Macedonia told voters that they had the historic chance to vote for a ‘European’ Macedonia. The Prime Minister of Macedonia Zoran Zaev said that “September 30 is a day to write history, for European Macedonia.” For months before the vote, the European dimension of the Macedonian national identity was emphasized through political rhetoric. In contrast, the country’s new name—the Republic of North Macedonia—decided in the agreement between Macedonia and Greece, was hardly mentioned.

However, low voter turnout for the referendum indicates the government’s pre-referendum campaign was not sufficient. Voters were not convinced of two crucial things: that if they vote ‘yes’ they vote for a ‘European’ Macedonia, and that the continuity of the national identity – the ontological security of the state – will be maintained if the referendum was successful. Put in other words, the government’s strategy of selective usage and strategic manipulation with different narratives did not succeed in its aim to bridge the gap between national identity and foreign policy priorities.

The events in Macedonia must be taken seriously to better understand the interplay between national identities and foreign policymaking, especially in the Balkans. A volatile security context such as that of Balkan states leaves relatively less space for political differentiation between the physical and ontological security of the state. The region’s historical and geopolitical context gives the historical element of the national identity a central place in the politics of the Balkan countries. Since the end of the Cold War, the continuity of the national identity has been considered as a crucial component of the security and sovereignty of the states in the Balkans.

Unfortunately, a crucial, yet oft-neglected, issue is that the E.U. conditional framework for states in the Balkans doesn’t entirely account for the importance of national identity in the region. On the contrary, E.U. conditionality criteria include clauses requiring that aspiring members enter into negotiations over their national identities. The specific historical conditions in the Balkans, which continue to recover from the trauma of multiple ethnic conflicts—mandate a different approach on the part of European institutions. The 2018 referendum in Macedonia should serve as a reminder that the geopolitical interests are not always the first choice in the Balkans, especially if they come at the cost of losing the ontological security of the state.