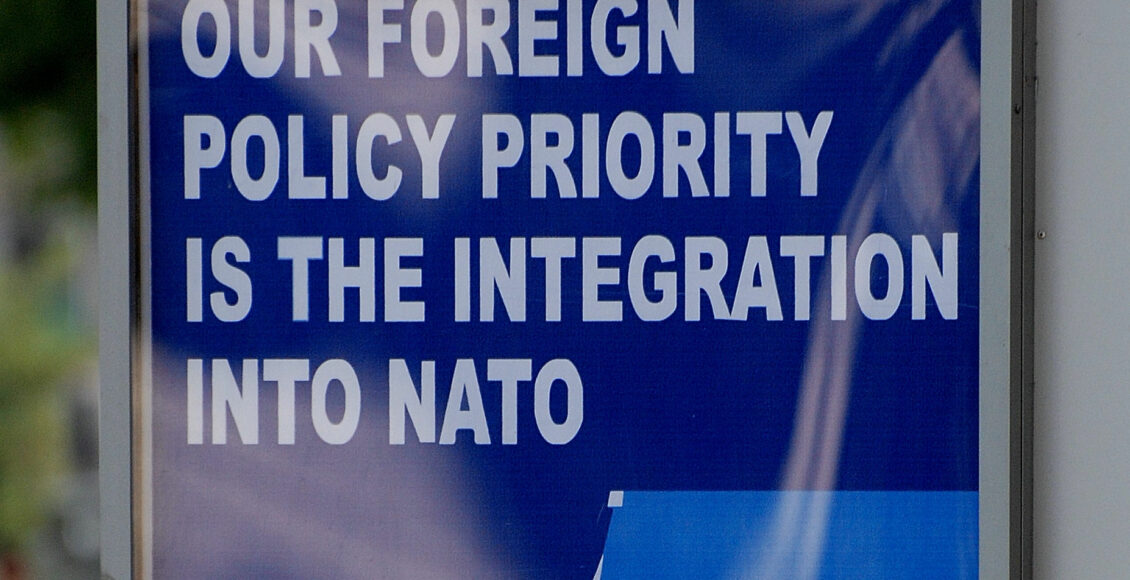 The North Atlantic Treaty Organization is the most powerful alliance in history. Since World War Two, with American leadership, NATO has guaranteed the security, stability, and prosperity of the international order. It protected democracies from the Soviet Union’s aggression during the cold war. Today, NATO continues to ensure global peace and security and expand freedom around the world. NATO’s military might and political weight make the world safer, more prosperous and more democratic.

Russia’s invasion of Georgia in 2008 undermined the liberal world order. NATO’s failure to defend Georgia, a NATO aspirant country, emboldened Moscow and triggered Russia’s annexation of Crimea and invasion of Eastern Ukraine in 2014. By attacking Georgia, Russia undermined NATO’s enlargement policy and damaged Georgia’s prospects for political and economic development. In order to avoid the mistakes of the past, NATO should offer full membership to Georgia—to prevent further Russian aggression, expand democratic values, and increase U.S. credibility on behalf of security and peace.

Georgia’s NATO membership will stop Russian aggression. Russia’s invasion of Georgia in 2008 was the first time since World War Two that one sovereign state in Europe crossed the border to invade another. Russia founded it easy to invade Georgia because Georgia was neither a NATO member nor a U.S. military treaty ally. Georgia’s NATO membership will send the right message to Moscow and deter Russia’s further aggression. The Baltic States’ successful integration into NATO is a good case in point.

NATO membership will help Georgia accelerate its democratic development. Russia views the expansion of democracy into the post-soviet space as a threat to its national security. It is poised to roll back democratic breakthroughs around its borders. By expanding the Collective Security Treaty Organization (CSTO) and the Eurasian Union, Moscow intends to create NATO’s alternative, a powerhouse of authoritarian regimes to balance the West.

Georgia does not intend to join the Russian-led club of autocracies. Instead, it aims to integrate into the West and consolidate its democracy. In this regard, Georgia has made visible progress. Since the Rose Revolution in 2003, Georgia has gone from the brink of failed statehood to the region’s poster child for democracy. Despite its remarkable success, Georgia’s democratic development is doomed to remain incomplete and far from consolidation unless it joins NATO and completes its political and economic integration into the West.

Georgia’s NATO membership increases U.S. credibility as a reliable partner.  It will reassure U.S. allies and partners facing similar threats. Allies in the Middle East and Eastern Europe are worried that the U.S is no longer interested in their security and stability. By offering NATO membership to Georgia, the U.S will not only uphold its international obligations and commitments, but it will also increase its credibility and reputation as a dependable partner.

Skeptics in the West worry that such a step will lead NATO to end up getting involved in direct conflict with Russia. They argue that Russia has a bigger interest in Georgia than NATO does and it can always afford to out-escalate conflict with NATO over Georgia. Notwithstanding division within NATO about its Russia policy, NATO forces remain larger, better equipped and more powerful than Russia’s. Therefore, given NATO’s military and economic superiority, Russia is less likely to go to war with NATO over Georgia. A strong alliance deterred the Soviet Union during the Cold War and will deter a much weaker Russian Federation in the future.

Georgia’s NATO membership will deter aggression, strengthen democracy and increase U.S. credibility. As George Kennan wrote in the now famous Long Telegram, “Russia is impervious to the logic of reason and it is highly sensitive to the logic of force.” By the same token, Kennan’s belief that “Russia would back down when encountered strong resistance at any point” remains more relevant today than ever before. Consequently, it is time for NATO to act, and act quickly. By pushing Georgia’s speedy membership in the Alliance and sending a clear message of resolve to Moscow, NATO will contain Russia’s geopolitical thrust and make the region stable, peaceful and more democratic.

Miro Popkhadze is a Fellow at FPRI’s Eurasia Program. He was the Georgian Ministry of Defense Representative to the United Nations from 2015 to 2019. Prior to this assignment, he served as the Assistant Defense Attaché at the Embassy of Georgia to the United States in Washington, DC. Popkhadze was a non-resident Fellow at the Atlantic Council of Georgia in Tbilisi.