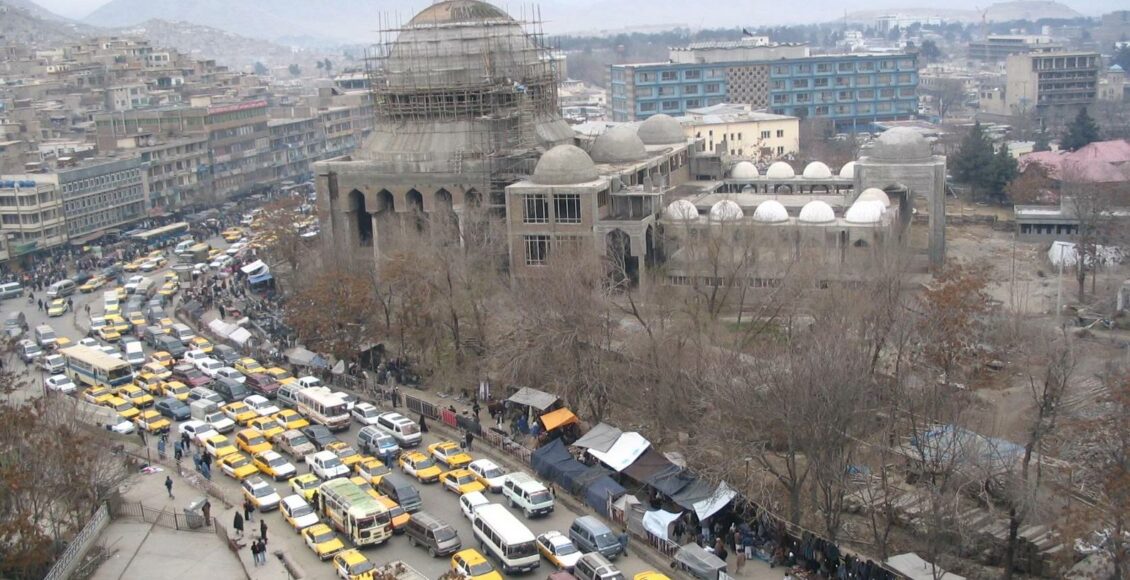 Speculation over the formation of an interim administration with a new political roadmap for Afghanistan is nothing new. It has been the talk of the town ever since the Trump administration decided to end America’s longest war through negotiations with the Taliban in 2018.

The issue came to the forefront of debate when the RAND Corporation’s peace plan began circulating in Kabul as early as January 2019. Entitled “Agreement on a Comprehensive Settlement of the Conflict in Afghanistan,” the draft document proposed a joint interim government with the Taliban as the first essential step towards a political settlement in Afghanistan.

Adding to the controversy and fueling speculations was a statement by the Pakistani Prime Minister suggesting new governing arrangements in Afghanistan to facilitate and speed up the ongoing Afghan peace talks.

The idea of an interim administration also has supporters among Afghan politicians and power brokers who most probably see it as their ticket for returning to the center of Afghan power politics.

However, lost in the noise are the consequences of going down the road of a joint interim administration with the hardliner Taliban who isn’t compromising on their regressive demands at all, and the likelihood of its success, especially when the international community is wrapping up its Afghanistan adventure and are preparing to leave the country altogether?

Jeopardizing the Peace Process and Achievements

Proponents of the idea of an interim government forget, and the new Biden administration must know, that any discussion of an interim administration with the highly infamous Taliban—more than 80 percent of Afghans have no sympathy for the group—further boosts the insurgents’ morale and feeds into their narrative.

In other words, talks of an interim government with the Taliban inadvertently acknowledges the insurgent groups false rhetoric and blatant propaganda that paints the U.S.-led international community’s retaliatory intervention (in response to 9/11 attacks) as an invasion, degrades the UN-sanctioned multinational security forces presence in Afghanistan to occupation, and justifies their own bloody campaign as freedom fighting and just war for some delusional salvation of Afghanistan.

An interim administration would also tip the balance of power further in favor of the Taliban, especially after their diplomatic victory of discussing troop pullout with the Trump administration, and provide them with an opportunity to take on the scattered Afghan parties and groups and squeeze them to the extent of reversing the gains and rewriting everything.

Existing democratic institutions, freedom of speech and free press, women’s rights and advancements, and above all, the Afghan Constitution that guarantees all of the above would be in great jeopardy.

Although some claim that the Taliban have changed and are now open to discussing previously taboo and highly sensitive issues, including women’s rights and freedom of expression and press, ground realities indicate otherwise.

The recent rise in violence across the country coupled with targeted killings of any and every Afghan who might speak against or could potentially challenge the Taliban’s narrative and worldview cast severe doubt on the insurgents’ intentions. The Taliban’s vague verbal commitments wrapped up with Islamic suffixes about women, the press, and the inclusive government just adds to the suspicion.

Furthermore, the interim government’s volatile environment coupled with the Taliban leadership’s highly negative view of the Afghan National Defense and Security Forces (ANDSF) could cause panic among the ANDSF rank and file. Fear of the unknown future plus inclination to survive could easily force the ANDSF to vie for political and even ethnic support, causing the ANDSF disintegration.

And this is not an exaggeration; Afghanistan’s defense and security establishment has previously experienced overnight breakdown and integration into ethnolinguistic factions after the dramatic fall of the Soviet-backed Dr. Najibullahs government in the early 1990s.

It is important to note that this is not the year 2001. Thus, the international community is not as enthusiastic about prolonged engagement with and rebuilding Afghanistan as they were back then in the first Bonn Conference held nearly two decades ago.

A lot has changed over the last twenty years, and Afghanistan is no longer a top priority for the international community. The world is facing new challenges, especially the COVID-19 pandemic, and its grave impact on the world economy cannot be overlooked.

In such circumstances, it would be difficult for the donor countries, already on the verge of leaving Afghanistan, to embark on a new state-building mission in the war-torn country. Even if some of these donor countries would like to contribute generously, they will have a tough time selling the idea of engaging with and sponsoring a Taliban-dominated government to their respective citizens, many of whom have lost their sons and daughters in the fight against insurgents over the last two decades.

The United States’ principal partners in Afghanistan, European Union, and India are highly skeptical about an interim administration with the Taliban. India has clearly stated that it doesn’t like the idea.

And this isn’t the only issue. The U.S.-led international community has also drastically reduced its military presence in Afghanistan. As part of the Trump administration’s peace deal with the Taliban, the international coalition has already reduced itself to just a few thousand troops scheduled to leave the country in the next few months, pending the new Biden administration’s review.

Even if the remaining foreign troops stay in Afghanistan, their tiny footprint is not enough to ensure the country’s political stability. In the absence of a sizable security assistance force coupled with no disarmament program for the insurgents, the probability of interim government success between two opposing poles, the democratic Islamic Republic of Afghanistan and the Taliban, is zero.

Rather than acting as a catalyst for lasting peace, an interim administration at present would further exacerbate the already uncertain environment in favor of the militant Taliban, fuels infighting among democratic forces currently serving and supporting the Islamic Republic of Afghanistan, and result in chaos for the country, which could be costly to the international community down the road.

Therefore, to minimize the probability of an apocalyptic scenario in Afghanistan, the U.S.-led international community must look up and push for other options such as convincing the Taliban (with the help of their main patron, Pakistan) to share power with the current Afghan government or participate in UN-supervised early presidential as well as parliamentary elections in the country.

A militant group changed for the good and willing to share power and respect the will of the people as has been claimed about the Taliban, and a critical external player, Pakistan, satisfied with the Taliban’s return to power should have no problem with alternative governing and power-sharing arrangements.

Ghulam Farooq Mujaddidi is a Kabul-based independent researcher, Fulbright scholar, and Protective Security Expert with over a decade experience in the Afghan government security sector. His research interests extend from state-building challenges in war-torn countries to insurgency and suicide attacks, with a particular focus on Afghanistan.