Is India’s Influence in Afghanistan Declining? 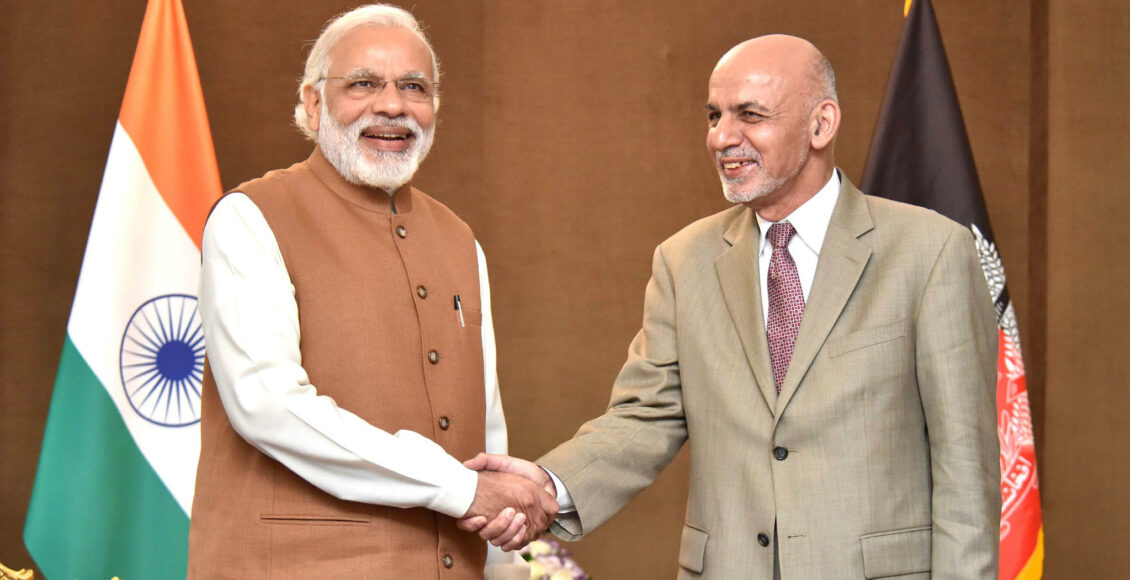 Following the conclusion of the eighth round of peace talks between the U.S. and the Taliban in Doha, Qatar, a pressing question has emerged: what is India’s role in the peace process?

Ever since the commencement of peace talks between the United States and the Taliban, India has struggled to play an influential role in Afghanistan. Despite being one of Afghanistan’s most valuable strategic partners, India remains a mute spectator of the U.S.-Taliban peace talks as well as intra-Afghan negotiations. As India finds itself increasingly ignored in Afghan affairs, the time has come for Delhi to make its presence felt in the landlocked country and ensure that it’s not excluded from negotiations going forward.

India has played a critical role in supplying economic aid to Afghanistan since the U.S. invasion and overthrow of the Taliban in 2001. Since 2002, India has provided humanitarian aid and invested in major infrastructure projects as well as smaller developmental initiatives which have provided Afghanistan with a much-needed lifeline amidst ongoing war, sectarian divisions, and terrorism.

Major projects that have benefited from Indian investment include the construction of the Parliament Building in the country’s capital, Kabul, where India committed $178 million (USD), spending approximately $28 million thus far, the $150 million Zaranj Delaram highway project connecting western Afghanistan with the strategic Chabahar port in Iran, and the $42 million Salma Dam Project on the Hari Rud river in the province of Herat province—which includes the construction of a power transmission line connecting the city of Pul-e-Khumri with Kabul. India has also signed a trilateral preferential trade agreement with Afghanistan and Iran.

Inspired by India’s history of successful community engagement programs in Sri Lanka and Nepal, hundreds of social development programs were launched in Afghanistan in conjunction with 250,000 tons of wheat to be provided to primary schools as food assistance. Furthermore, India provides technical advisers to Afghan public institutions, offers training for Afghan civil servants and policemen, and contributes funds to an Afghan Red Crescent Society program which provides free medicine and healthcare consultations in its medical missions in five Afghan cities.

Historically, India has been staunchly anti-Taliban. When the Afghanistan government led by President Mohammed Najibullah collapsed in 1992 and Najibullah’s subsequent assassination in 1996, Delhi grew increasingly alarmed by the Taliban’s rise to power. On the other hand, the Taliban has historically maintained a neutral position when it comes to India, even expressing a willingness to engage with India—provided that India abstained from interfering in Afghanistan’s internal affairs.

Today, India has adopted a somewhat softer stance towards the Taliban. Delhi understands the potential consequences of a resurgent Taliban, but it must face the geopolitical reality that the Taliban controls over half of the territory of Afghanistan. According to a report by the Special Inspector General for Afghanistan Reconstruction (SIGAR), 229 districts were controlled by or under the influence of the Afghan government as of January 31, 2018—approximately 56.3 percent of Afghanistan’s districts. On the other hand, 59 districts—approximately 14.5 percent—were controlled by the Taliban.

India is concerned that a return to power by the Taliban will undermine the fragile government of Afghan President Ashraf Ghani—which is struggling to provide basic necessities and security to the Afghan people as it continues to battle the Taliban for its very existence. In a sign of its changing position towards the Taliban, the Modi government dispatched two former highly-decorated diplomats in November 2018 on a “non-official visit” to Russia to participate in negotiations with the Taliban that were being held there.

A Game as Old as Empire: The Return of Proxy Wars in…

Former diplomat and secretary to the Indian Ministry of External Affairs Vivek Katju—  known for his hardline stance against the Taliban—has adopted somewhat different take on the Taliban issue. Writing in an editorial for The Indian Express, Katju argued that it is in India’s strategic interests to engage with the Taliban to not only maintain its influence in Afghanistan but to better understand the power dynamics of the broader South Asian region.

India must increase and sustain engagement in Afghanistan, particularly after not being invited to participate in quadrilateral talks between the United States, Russia, Pakistan, and China after talks between U.S. Special Envoy for Peace in Afghanistan Ambassador Zalmay Khalilzad and Taliban representative Maulana Abdul Ghani Baradar. China subsequently issued a statement saying that India was not intentionally excluded from the quadrilateral talks and that India would be included in future regional discussions involving the Taliban and other stakeholders in Afghanistan.

While India has put forth clearly defined red-lines concerning its dealings with the Taliban, its willingness to engage in discussions with the battle-hardened militants is evidence that Delhi has adopted a more pragmatic stance.

India’s Expectations for the Taliban

India’s first expectation is that “all initiatives and processes must include all sections of the Afghan society, including the legitimately elected government.” Historically, the Afghan government has often been sidelined by international interlocutors in their engagements with the Taliban. Furthermore, this expectation indicates a degree of acceptability in Delhi over negotiating with the Taliban, as the group represents a “section of the Afghan society.”

Delhi’s second expectation is that “any process should respect the constitutional legacy and political mandate,” meaning that democratic processes and human rights—including women’s rights—should be respected.

Thirdly, India expects that any process “should not lead to any ungoverned spaces where terrorists and their proxies can relocate.” This expectation is crucial for India, as it highlights the threat posed by terrorist groups such as the Haqqani network, Al Qaeda, and Islamic State. Furthermore, this expectation implies that Pakistan-based terrorist groups like Lashkar-e-Taiba, Jamaat-ud-Dawa, and Jaish-e-Mohammed cannot be permitted to expand their operations into Afghanistan.

India cannot afford to remain on the sidelines of the peace process in Afghanistan. The country is an important partner and is of great strategic value for India—especially with India’s control over the Iranian port of Chabahar, which has been granted a sanctions waiver by the U.S. government. India must up the ante in Afghanistan by initiating track II diplomacy, engaging with tribal elders, and convincing the Taliban to adopt and maintain a favorable stance towards India while preventing Afghanistan from becoming a haven for foreign terrorist groups. Furthermore, should the Taliban return to power with backing from Pakistan, India will be in a challenging position concerning the maintenance of a favorable balance of power in South Asia.