How Are International Trade Disputes Resolved? 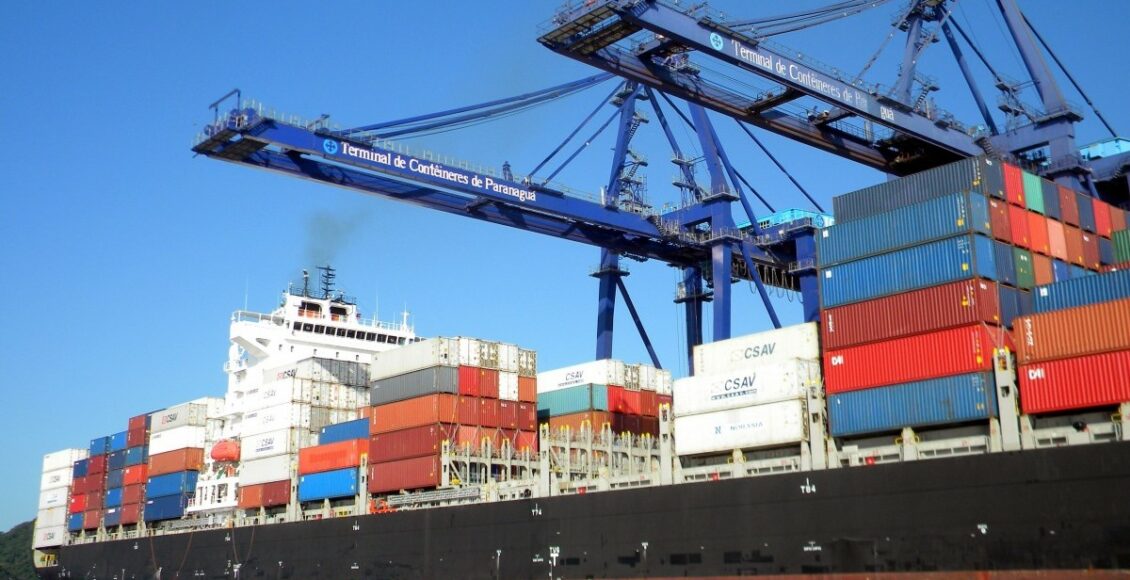 Dispute resolution mechanisms have become increasingly controversial as countries grapple with their implications for sovereignty, domestic regulation, and the enforcement of international obligations.

As global trade has flourished in recent decades, so have trade disputes. Trading nations have created various forums to adjudicate conflicts, but they are increasingly the subject of controversy. U.S. President Donald J. Trump has long criticized trade dispute resolution panels as unfair and ineffective, particularly those the United States is party to via the North American Free Trade Agreement (NAFTA) and the World Trade Organization (WTO). While some critics say dispute panels undermine national sovereignty, proponents argue they offer much-needed protections that boost confidence in global investment and prevent trade wars.

Why did dispute panels emerge?

As cross-border trade and investment increased rapidly through the 1990s, individual states as well as public and private investors sought ways to adjudicate conflicts or alleged violations of trade agreements. Over time, the international trading system has developed a number of mechanisms to do this, depending on the type of dispute and the parties involved.

The authority of these supranational bodies is established by agreements such as bilateral investment treaties (BITs) and free trade agreements (FTAs), or by membership in an international organization such as the World Trade Organization (WTO). Parties agree to accept rulings, though enforcement authority and appeals processes vary.

What types of disputes do they handle?

State-State. Most state-state disputes are handled by the WTO system, the primary body governing international trade. Each of its 164 members have agreed to rules about trade policy, such as limiting tariffs and restricting subsidies. A member can appeal to the WTO if it believes another member is violating those rules. The United States, for instance, has repeatedly brought WTO cases against China over its support for various export industries, including one in early 2017 alleging that Beijing unfairly subsidizes aluminum producers. That case has not been decided yet, though the Trump administration has already retaliated by unilaterally imposing tariffs on some Chinese aluminum producers.

Investor-State. Known as investor-state dispute settlement (ISDS) cases, these disputes typically involve foreign businesses claiming that a host government abused them by expropriating their assets, discriminating against them, or otherwise treating them unfairly. For example, a Canadian gold mining company claimed that Venezuela’s nationalization of the gold industry in 2011 violated an investment treaty between the two countries. A tribunal found that while Venezuela had the legal right to nationalize private sector industries, it failed to properly compensate the company for the expropriated assets.

How does the WTO adjudicate cases?

The WTO’s forum for arbitration is called the dispute settlement mechanism (DSM). The DSM is run by a rotating staff of judges, as well as a permanent staff of lawyers and administrators. The WTO appoints a panel to hear a case if the opposing parties are unable to resolve the issue through negotiations. A panel’s rulings, if not overturned on appeal, are binding on the respondent country. If guilty, it has the choice to cease the offending practice or provide compensation. If the country fails to respond, the plaintiff country can take targeted measures to offset any harm caused, such as blocking imports or raising tariffs.

Member states have filed more than five hundred disputes since the WTO’s creation in 1995, but most of these cases have been settled prior to litigation.

How are investor-state disputes handled?

A number of multilateral institutions adjudicate investor-state disputes, such as the Permanent Court of Arbitration in the Netherlands, or the London Court of International Arbitration, but one of the most important is the International Center for Settlement of Investment Disputes (ICSID). Created in 1965 as part of the World Bank, the ICSID has 162 member states, all of whom have agreed to recognize the legitimacy of its arbitration system.

Unlike the WTO, the ICSID has no permanent tribunals and does not directly rule on cases. Rather, it administers the process by which disputants choose an independent, ad hoc panel of arbitrators to hear their case. The arbitrators are generally legal experts, including professors, practicing lawyers, and former judges. The specifics on the sorts of conflicts that can be referred to an ICSID panel are set out in individual trade or investment agreements.

There are some 2,500 treaties with investment dispute provisions in force around the world, and the ISCID has administered more than six hundred disputes in its half-century existence. The number of cases accelerated through the 1990s and 2000s with the proliferation of investment agreements, reaching a peak of fifty-two in 2015. About a third of the cases are settled or withdrawn before concluding; a third are dismissed in favor of the defendant; and a third favor the investor in full or in part. An investor’s award generally holds the full force of domestic law in the country being sued.

What are the criticisms of the WTO’s system?

Most trade experts see the WTO’s arbitration forum as one of its most successful efforts, helping to institutionalize rules and reduce the threat of trade wars. However, critics, including the Trump administration, have criticized the WTO system on several grounds. U.S. Trade Representative (USTR) Robert Lighthizer has argued the WTO has an anti-U.S. bias because 134 complaints have been brought against the United States, more than any other country, and it has lost most of those cases.

Most trade experts see the WTO’s arbitration forum as one of its most successful efforts.

But many economists argue this is misguided, noting that complainant countries, including the United States, usually win cases they bring to the WTO because they tend to bring only the strongest cases. As former USTR Michael Froman points out, the United States under President Barack Obama brought more cases to the WTO than any other country during that time, including sixteen against China. It won all that have been decided.

Trump and Lighthizer have also said the WTO is incapable of policing China. The USTR’s 2018 report on China asserted for the first time that Beijing’s state-led economic policy is so inimical to global free trade rules that it renders the WTO effectively irrelevant. “No amount of enforcement activities by other WTO members would be sufficient to remedy this type of behavior,” it states.

Other analysts argue that the WTO has been increasingly undermined by its most powerful members, including the United States. For instance, the Obama administration ignored a series of unfavorable rulings and blocked the appointment of a WTO judge for the first time.

What is the debate over investor-state dispute tribunals?

Investor-state dispute tribunals have become a flash point in the debates over multilateral trade deals such as NAFTA, the Trans-Pacific Partnership (TPP), and the proposed U.S.-Europe Transatlantic Trade and Investment Partnership (TTIP).

Opponents say that these tribunals erode national sovereignty by allowing foreign corporations to bypass domestic legal systems. In 2017, a group of more than two hundred lawyers and economists warned that such provisions [PDF] give corporations “alarming power” to override domestic legislation, based on the secret deliberations of unaccountable tribunals that have no appeals process. Before the U.S.-Europe trade negotiations were put on hold in 2016, this worry was especially acute among the European public, which feared that ISDS would allow U.S. companies to challenge EU rules on labor and environmental protections, food safety guidelines, and other public interest legislation.

The Trump administration, too, is skeptical of the provision, which Lighthizer has called “offensive” for giving non-Americans a veto over U.S. law. The administration has proposed changing NAFTA’s ISDS provision to be “opt-in” rather than automatic, which Canada and Mexico have strenuously opposed.

Supporters say these concerns are overblown, pointing out that the United States has never lost an ISDS case to a foreign investor, and that investors tend to lose more cases than they win. Furthermore, they argue that ISDS protects foreign investments made by U.S. businesses, and generally boosts cross-border investment.

What are the options for reforming these systems?

At the WTO, reform discussions have focused on process, as the number of disputes and appeals, as well as the complexity of cases, have increased in recent decades. Reform proposals include expanding the pool of experts on panels, digitizing paperwork, and other tactics to streamline operations. Some have suggested the WTO’s dispute body take decisions based on majority vote rather than consensus, as it does now, though such a move would likely be opposed by the United States and others. Currently, a single member can delay proceedings.

Meanwhile, the public controversy over ISDS has led governments around the world to experiment with other approaches to investor protection. One option is to remove ISDS from some agreements altogether, as countries such as Australia have done, pushing businesses to first pursue challenges through the domestic legal system and then, if unsuccessful, allowing for state-state dispute settlement.

In another alternative, the European Union is developing an investment court that will operate more like the WTO tribunal system, with a permanent roster of judges, strict conflict-of-interest rules, public proceedings, and an appeals process. The European Union and Canada included a version of this in their 2016 trade agreement.

Are there other mechanisms to resolve disputes?

Individual trade deals have also created separate state-state arbitration mechanisms. This was the case with the Canada-U.S. Free Trade Agreement (CUSTA), the precursor to NAFTA. CUSTA’s Chapter 19, which was continued in NAFTA, allows for one government to challenge the trade policies of another via an independent, bi-national panel, which bypasses domestic court systems.

NAFTA’s Chapter 19 has proven controversial. Canada insisted on its inclusion in CUSTA because of what it saw as a long history of unfair U.S. trade policies. Ottawa has brought dozens of cases before these panels, many relating to U.S. duties on Canadian lumber. The Trump administration has called for the removal of Chapter 19 from NAFTA as part of the renegotiations that opened in 2017.

Some trade experts argue that Chapter 19 reduced trade disputes between NAFTA members because it made it likely that any trade barriers would be overturned by the panels. Removing it, some say, could lead to an increase in duties, especially by a U.S. administration that has seemed eager to apply them. This, in turn, could lead to retaliatory trade measures from Canada and Mexico.