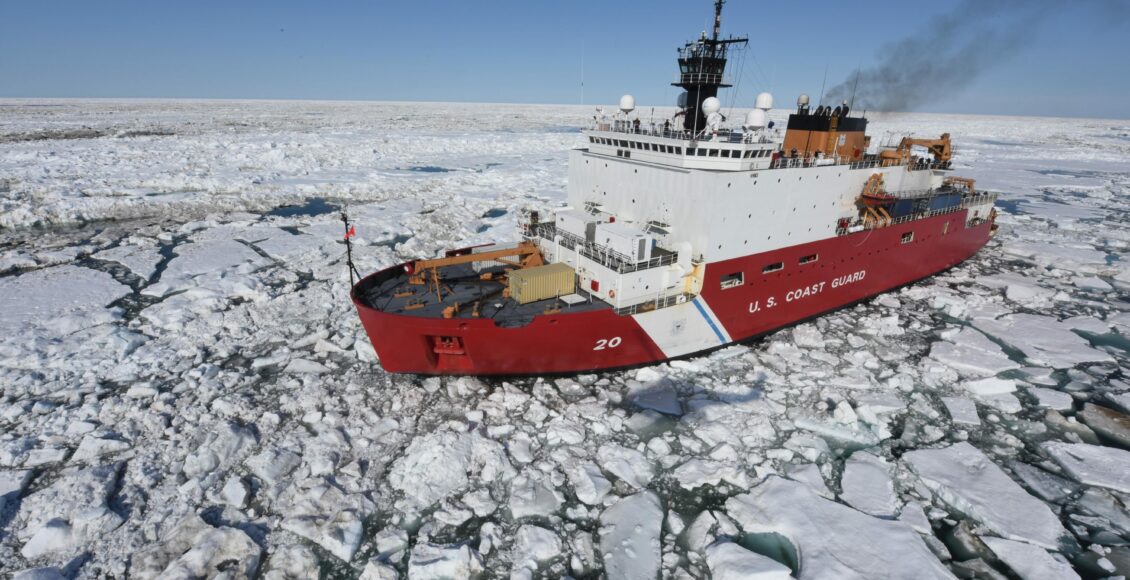 During his visit to the Arctic Council ministerial meeting in Finland in May, U.S. Secretary of State Mike Pompeo outlined his concerns for the rapidly changing Arctic region. As the Arctic is quickly becoming a center for great power competition, top among Pompeo’s worries is China’s increased influence in the region. But Pompeo should not be so quick to demonize China’s role in the Arctic. Even though China poses a risk to some American interests in the Arctic, American and Chinese interests are aligned on the issue of freedom of navigation; as such, the United States and China should search for opportunities to cooperate on this issue.

The Arctic is rapidly becoming a major geopolitical hot spot. While the melting ice in the region is presenting significant challenges to the environment, it is also creating opportunities for Arctic states and major global powers who seek to exploit the effects of climate change. One such opportunity is the growing access to deposits of natural resources, including abundant quantities of oil and natural gas. Another fraught issue is the dispute over the opening of the Northwest Passage, as shorter maritime navigation routes become available and states argue over who controls those waterways. The U.S. Coast Guard estimates that shipping via these new routes will be two weeks faster than traditional routes, such as the Suez Canal.

To adapt to the changes brought about in the Arctic, the United States, Russia, and China have all devised strategies for how they intend to pursue their respective interests. The U.S. introduced the National Strategy for the Arctic Region in 2013, and in 2018 China released its own Arctic Policy. But far and away the most active Arctic power has been Russia, who has taken efforts to assert its maritime claims, develop resources, and even begin militarizing the region. In comparison, the United States is woefully behind as, even today, it owns a total of two active icebreakers—of which only one is functional.

Surprisingly, this debate with our northern neighbor creates an opportunity for American cooperation with China. Much like the United States, China insists the region belongs to the “common heritage of mankind” and remains opposed to the kind of sovereignty Russia and Canada wish to apply to the region. China’s motivation is transparent: as a non-Arctic power, China cannot make the kind of territorial claims other Arctic powers can, and unless the area is internationalized, China would be dependent on adjacent countries—namely, Russia and Canada—to use these waterways. And the benefits of using these waterways would be enormous for China as Chinese shipping companies could shorten the length of their routes by approximately 30 percent, saving hundreds of thousands of dollars while also avoiding risks from piracy.

China, which is no stranger to American FONOPS, has been on the receiving end of FONOPs-related lawsuits from the United States, which has challenged Chinese territorial claims in the South China Sea—claims that are more spurious than those China refutes in the Arctic. China does risk undermining its stance in the South China Sea by endorsing this approach, but the enormous benefits of free access through the Arctic may very well be worth that risk.

There are several challenges to realizing this level of cooperation. First, increasing tensions between the United States and China may make it difficult to reach an agreement, despite this issue being a place where both countries can mutually gain. Second, China may be able to independently work out a favorable deal with Russia to allow passage for its ships and use of Russian icebreakers. This is a real possibility, as evidenced by China and Russia’s willingness to cooperate in other strategic areas. And, lastly, if the United States is unable or unwilling to help China make a case for FONOPS, a Sino-Russian deal might be China’s best option.

Stephen Delaney is the 2019 YPFP Geostrategy & Diplomacy Fellow. He is an open-source risk and vulnerability analyst working to support the U.S. Department of Defense. Prior to becoming an analyst, he served as a consultant to the intelligence community and in the political office at the U.S. Mission to NATO. Stephen holds a master’s degree from Harvard University, where he also worked as a negotiations teaching fellow and case writer.