In Central Europe, Militarized Societies are on the March 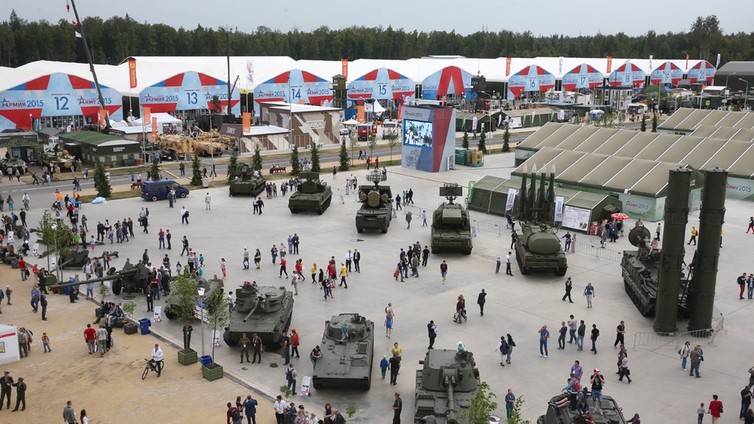 Russia recently held one of the largest “war games” since the Cold War, on its Western borders.

The drill exercised combat scenarios recently used in Ukraine and tested the compatibility of the Belarusian army with Russian forces.

Politicians from Poland, Ukraine and Baltic states viewed the exercise as aggressive as they mistrust the Kremlin and fear possible security threats in the region. They used the drill to justify the ongoing “social militarisation” of their respective countries.

This is primarily a rise of state support or enthusiasm for voluntary defence organisations which are sometimes armed, committed to “national causes” and often have roots in right-wing political groups.

Is the “Russian threat” the sole reason why right-wing politicians in the region want to militarise their societies?

With the post-1989 transition to liberal democracy and NATO accession, Central Europe began a gradual process of social demilitarisation towards a Western model of civilian states. Slowly but steadily armies were reduced in size and professionalised.

In recent years, however, this model of statehood and citizenship has been seriously challenged in Central Europe.

The region has experienced a significant rise in the number and visibility of grassroots paramilitary actors ranging from anti-refugee vigilantes in Bulgaria and Hungary through pro-Kremlin militias in Slovakia and the Czech Republic to a civilian component cooperating with the armed forces in the Baltics and Poland. By 2019, Poland expects to have trained 53,000 people for its Territorial Defence Forces, a new volunteer segment of the army built entirely of local citizens – many of them members of already existing paramilitary groups.

Normalisation of the paramilitary sector goes hand in hand with a diffusion of military values and practices to everyday life. For example, in Poland, the teaching of history is increasingly centred around military events. WW2-themed clothing and accessories are growing popular too, and families can be seen attending military-themed picnics featuring shooting ranges and weapons displays. The visibility of military uniforms in the public sphere has become too. In Estonia, meanwhile, people are signing up for weekend training sessions with volunteer paramilitary groups.

This ideological shift became evident when the Polish minister of defence Antoni Macierewicz made an appearance on a morning television programme for children. Sitting among a group of youngsters over bowls of army-style pea stew, he talked to the children about the importance of fighting for sovereignty.

Children are also being courted by the Hungarian governing party FIDESZ. Its officials are currently implementing a broad patriotic and national defence programme beginning in kindergarten. They are contemplating including shooting classes and military training in schools. Following the path of his Estonian and Polish counterparts, the Hungarian minister of defence, István Simicskó, has praised volunteer territorial defence forces. He is also endorsing the idea to build state-owned shooting ranges in each county to popularise military skills.

Central European leaders claim their societies need to be prepared to face challenges brought about by the refugee, terrorist and Ukrainian crises. Wide-scale societal militarisation has stirred concern among both military officials and civil society.

Many see it as part of the illiberal political transformation which is underway in the region and aims to popularise an alternative model of governance which combines democratic procedures such as multi-party system and general elections with a disregard for human rights and constitutional limits to power.

In Poland and Hungary, civil society activists are portrayed as enemies and national traitors. There are also extraordinary measures against perceived threats, such as activists and journalists increasingly face financial penalties and even direct violence.

Right-wing ideologues also wish to regenerate the society that they consider broken and morally corrupt. In their narrative, the journey towards liberal democracy and global governance is told as a story of emasculation of men and loss of their agency over their lives and their countries.

As argued by panellists of the National Congress of Families held in Warsaw in 2017, militarisation is the solution to a crisis of masculinity in Poland.

In the words of former MP of the ruling Law and Justice party Marian Piłka – the militarised “New Man” has character traits which are needed to advance the country’s international standing as well as forge a “new form of Polishness” capable of overcoming “post-communist mediocrity”.

Members of Territorial Defence Forces are to receive €125 monthly along with additional financial rewards for completing all training. They also enjoy the special protection of labour contracts preventing employers from firing them while in service.

Families benefiting from such programmes could contribute to the emergence of a substantial new patriotic middle class.

Can the civilian state be saved?

In 2012, hopes were raised of a future without military violence when the European Union received the Nobel Peace Prize for the “advancement of peace and reconciliation” on the continent. Today in Central Europe, the civilian state is trembling.

Objective security challenges such as the terrorist threat or the Kremlin’s superpower ambitions certainly play a role in boosting nationalist militarism. But the public attractiveness of the militarised model of governance and citizenship has as much to do with severe social costs and unfulfilled promises of the post-1989 transition.

Therefore, to save European civilian states, advocates will need to take the underlying causes seriously fuelling militaristic sentiments. One of them is the unfulfilled need of individuals for security, well-being and upward mobility. Another is a sense of being left out and deprived of control over their economic future. If these genuine issues are not addressed progressively, nationalist militarism will continue to seem like a legitimate answer.

“In Central Europe, militarised societies are on the march” was originally published on The Conversation.